Did you make your decision and chose Iran as your travel destination? We want to tell you about a brief history of Arge Bam for traveling to Iran. Travel to Iran to get to know about it. Are you interested in experiencing that? what do you know about Iran destination tour one of the most famous Iran travel agency in shiraz and also Iran? This is great and you can be sure that the most exciting experiences will be waiting for you. In this article, we introduce all the requirements to travel to Iran. Also, the do and don’ts of traveling to Iran. Also, we answer this question: how to travel to Iran.

Bam locates on the southern edge of the Iranian plateau, in a desert environment in Kerman. There is no precise archaeological evidence about the age of Arge Bam or Bam citadel. According to the historic sources and ancient texts the first human settlement in the area traced back to the Achaemenids, 579-323 BC.

The whole building is a large citadel at the center of the citadel which known as Bam Citadel due to its rich citadel appearance and also is the tallest part of the complex. 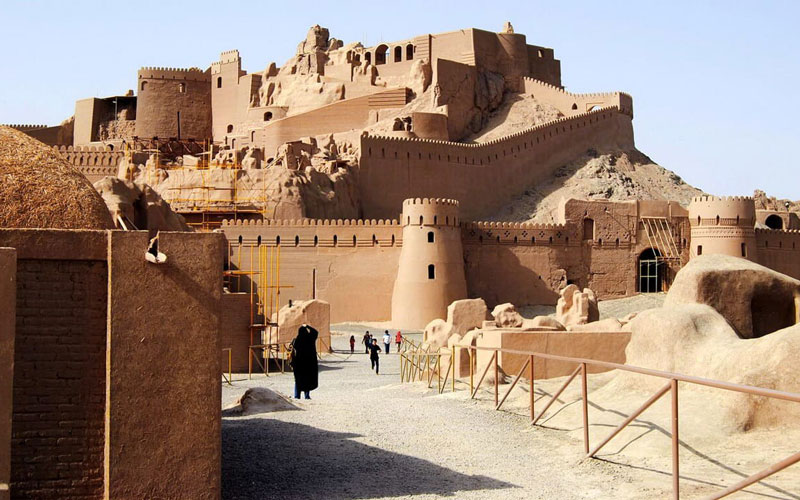 There are different opinions about the age of Arge Bam that some related it to the Achaemenid or Parthian period. However, the most parts of the buildings destroyed with the earthquake range during Timurid period to Qajar period.

Some parts such as the porch of the mosques of various scales and sizes are older (the 4th century BC to the 7th century AH during the Seljuk period).

Sassanian Empire seized the castle and new fortifications and walls were reconstructed between 224 and 637 AD that after a few years in 645 AD Arabs conquered Kerman region during which the citadel damaged again. 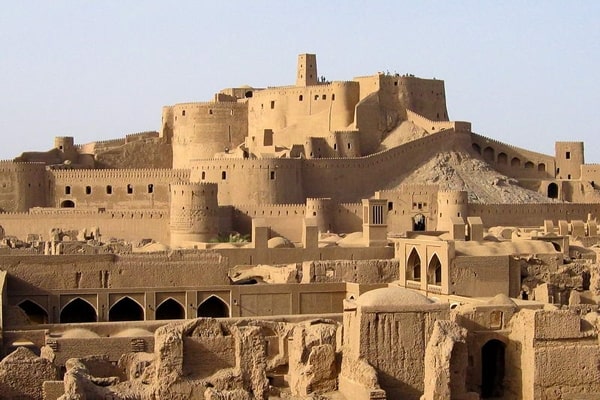 At present, all parts of Bam Citadel are preserved as antiquities. Ferdowsi has mentioned this citadel in Shahnameh. According to Ferdowsi’s order, Haftavad, after killing the local rulers, built a mountain fort near Kejaran, which was probably the first spark to build Bam Castle, because there is no mountain nearby except the rocky mountain on which Bam Citadel is now. Ferdowsi describes Ardeshir’s campaign and attack as a myth. He spoke of Hafvad’s daughter Akhtar, who was spinning cotton. By raising a worm in a shop, he was able to achieve a level and make Haftavad rich.

According to the Shahnameh, the territory of the Seventy was from the China Sea to Kerman. Ardashir also ruled over the Indus, Makran, and the Persian Gulf during the campaign against the Ghazars. Ardeshir most likely had a campaign from Sirjan-Darzin to Bam. Because his 12,000-strong army was not able to cross the route without water and grass, in Shahnameh the word “water intake” has been mentioned many times in the course of this campaign, which apparently means the same as Halil River or Lalehzar River.
Bam citadel has played an important role in all parts of Iranian history and is still very valuable and as a valuable pearl is located in the vast and historic province of Kerman.

Bam Citadel is one of the main citadels and attractions in Iran and you can book a Cultural or Historical Tour of Iran. Iran Destination is a well-known Iran Tour Operator that is responsible to provide Iran visitors with the best services. You can look at our Iran Tours and choose one to go to Iran through which you can get different options for your trip to Iran.