Persian music history is so long and it needs another specific article. Here in this article Iran Destination introduces you some of the famous Persian Music Instruments.

In case you have any questions about Iran, its culture or how to visit it, you can freely contact us and talk to our Iran Travel Agency through our online chat.

But let’s see what the 7 top famous Persian Traditional Music Instruments are:

One of the most ancient and famous drums in Asia and North Africa is Daf. In Iran, it is now considered as a Sufi instrument. But other people also use it too, because it is getting more and more popular. The frame of this instrument is usually made of hardwood and there are many metal ringlets attached to it. Although other skin types are used for the membrane; like the skin of cow, goat and horse; it is usually fish skin. 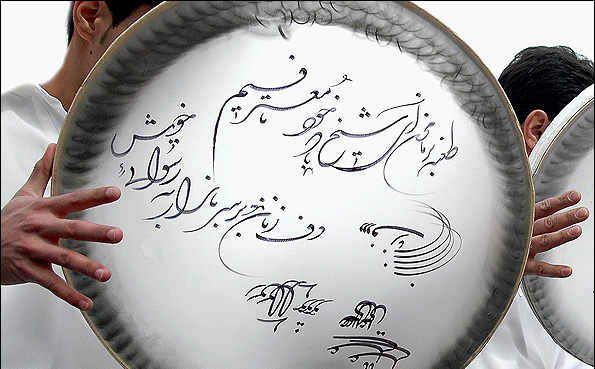 Kamanche, which is a bowed spike fiddle, has 4 metal strings. The body of this instrument consists of a wooden hemisphere. It is as big as a viola. The odd point is that Kamanche’s bridge runs diagonally across its membrane. Depending on different regions in Iran, the tuning also varies. For example in Tehran, Kamancheh is tuned just like a Violin: G, D, A, E.

Many people believe that the fourth string of Kamanche is added to it in the early 20th century and it was due to introduction of violin to Iran. You can see Kamanche painted on many Persian antique paintings. 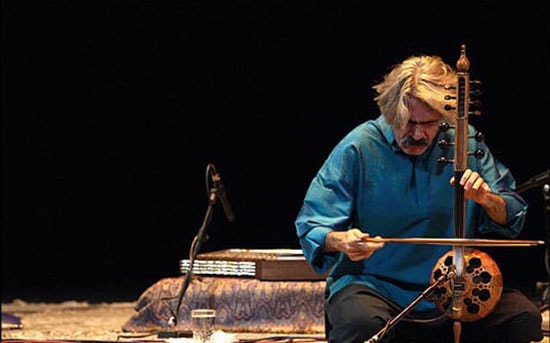 Another popular Persian traditional music instrument is called Ney or Nay. It is in fact the knotgrass reed that has 5 holes in the front for fingers and one thumbhole in the back. This instrument has a range of two and a half octaves. The sound is made when a stream of air goes through the nay, directed by the tongue. 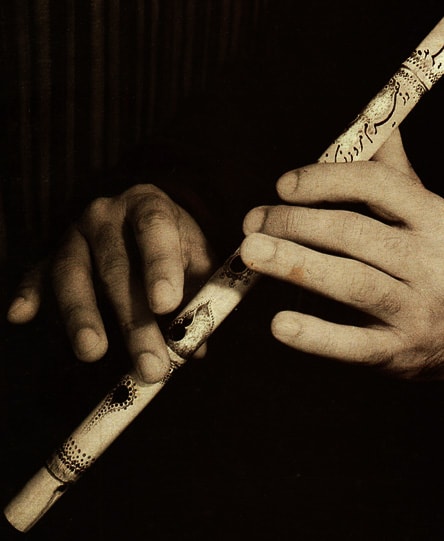 Dotar, which literally means “two strings”, is a member of long-necked lutes family. This is not just found in Iran. You can see Dotar in Central Asia, the Middle East and also north east of China.

But in Iran, mainly artists from northern parts and east of Khorasan province play Dotar. The major instrument is the same in all regions, but the dimensions and number of ligatures differs from part to part. There are two kinds of woods used in this Persian music instrument. A single block of mulberry wood is used the pear shaped body of Dotar. And for the neck, artists use either apricot or walnut tree. Dotar is tuned in 4th or 5th intervals. 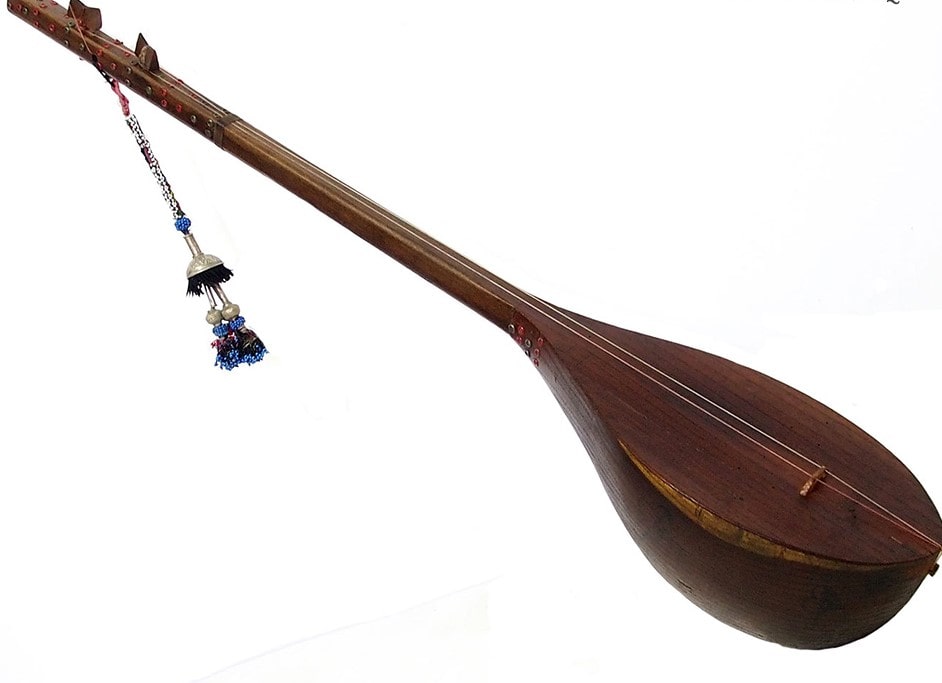 Santur is one of the famous and popular Persian music instruments, greatly used nowadays by Youngers too. The instrument is also spelled as Santour or Santoor. It is a zither in the form of shallow regular trapezoidal box. There are two small rosettes on the top of Santur panel; this helps to amplify the sound produced. this instrument has 72 strings which are arranged in groups of four. A small wooden bridge supports these strings. The bridges are used to give Santur a range of 3 octaves.

Depending on the sound quality you are interested in, you can use different kind of woods to make Santur, such as walnut, rosewood, betel palm, etc. aside from Iran, India, Egypt and Iraq also have Santur played in the countries. 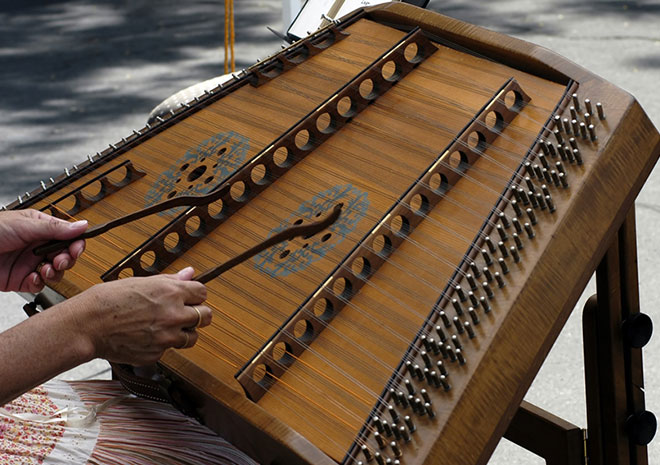 Maybe the most popular musical instrument in Iran is Tonbak, a large goblet drum. This wooden instrument has a goatskin head. The difference between Tonbak and other goblet drums is that this instrument produces lower-pitched and softer tines. Iranians also use other names to refer to this instrument, like Tombak, Dombak, Donbak and Zarb. Many believe that the American name “Dumbek” is derived from these Persian words. 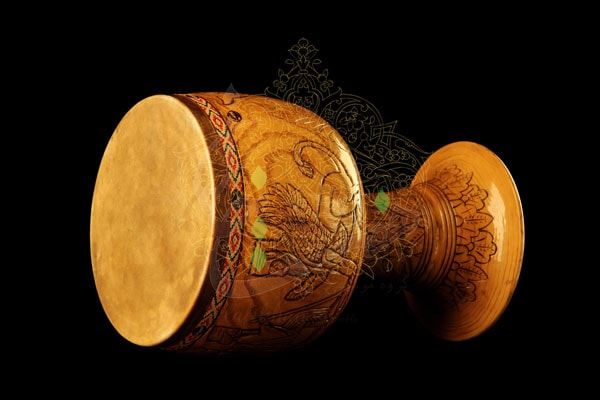 The ancient Tanbur of Per-Islamic Persia can be considered as the ancestry of the Setar. It literally means “three strings”, but nowadays it has 4 strings. Setar is made of thin mulberry wood and there are 25 or 26 adjustable gut frets on its fingerboard. Two strings are made steel, and the other two are made of brass. An average Setar is about 85 cm long and 20 cm wide. It also has a 15 cm deep ground. Setar is the preferred musical instrument for Sufis, because of its delicacy and sonority. 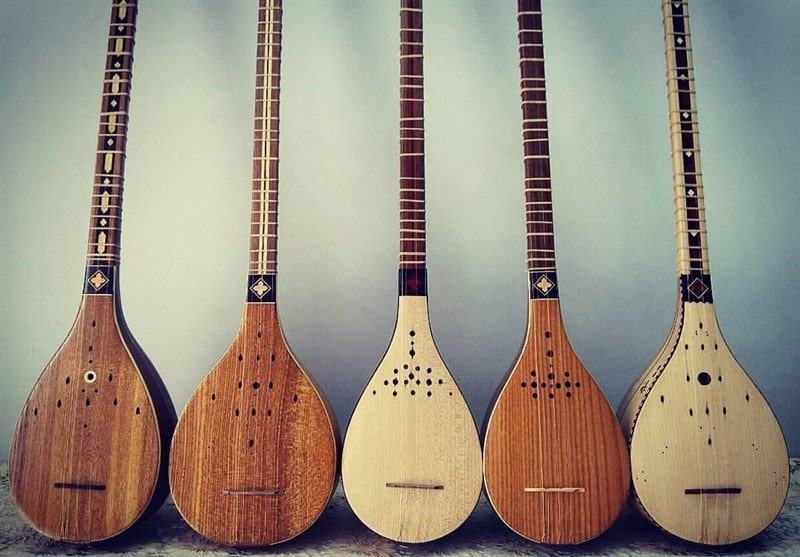 Iran Destination provides you with any information you need before you travel to Iran. you can read our articles on the Blog. also you can find different information about the cities on Iran Travel Guide. After reading all these, you can simply choose one of our Iran Tour Packages to visit Iran. If any question remains, please feel free to ask. this Iran Tour Operator is always ready to answer you.