The most voluminous qanat in the world called “Zarch Aqueduct” located in Yazd province. Also, the aqueduct is 100 kilometers long and is one of the most scenic places in Yazd.

In addition, a series of historical studies on the Zarch aqueduct reinforces the possibility that the aqueduct operated around the 1920s. Besides, after the arrival of Islam in Iran, the historic Grand Mosque of Yazd built in the privacy of the Zarch aqueduct.

Moreover, several wells of this aqueduct placed within the confines of this mosque. So, that in addition to filling the vast storage water under the mosque, worshippers could use the aqueduct water through the susceptibility to perform ablution. Also, it is still applicable. Besides, in the history of The Grand Mosque of Yazd, some mentions of Zarch qanat have been mentioned and written:

«… In the 4th/10th century, Abu ‘Ala Kalnajar built a foundation on the Grand Mosque, through which the Zarch Aqueduct passed.” 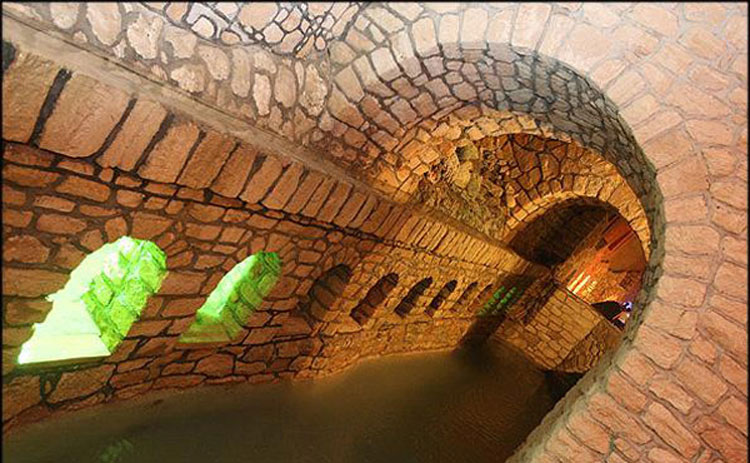 The origin of the Zarch qanat is near the village of Fahraj. Also, after the villages such as Khoydak, Dehno and Akramiya entered the city of Yazd, passed through different neighborhoods of the city including Amir Chaqmaq Square. Besides, after passing through the Grand Mosque, it exited the city of Yazd and moved to Zarch. Furthermore, the exact route of the aqueduct based on the contents recorded in the limits and specifications of the aqueduct in its title deed.

Zarch has three separate branches: Shirin, Shur, and Ibrahim Khweidaki. Also, the number of wells drilled along these three branches estimated to be more than 1,000 rings. Besides, it is unique in its kind. Furthermore, the salty branch of the Zarch aqueduct passes through the foundation of The Grand Mosque of Yazd.

In addition, Zarch Qanat has about 60 stairs that provide access to aqueduct water. The reason for the salinity of the water of this branch is that the motherchah is located in the saline water area and its water is more undesirable than the other two branches and is so-called local brackish.

Moreover, the sweet and ebrahim khoidaki branches dried branches of the Zarch aqueduct. Also, now the only salty branch with a length of 72 kilometers is watering. Besides, the watering of this branch is 60 liters per second above the aqueduct. In addition, in the epitome of the aqueduct is 28 liters per second. Furthermore, 800 agricultural households use Zarch aqueduct water. So, the number of owners of this aqueduct is 10 and the land under cultivation is 40 hectares. 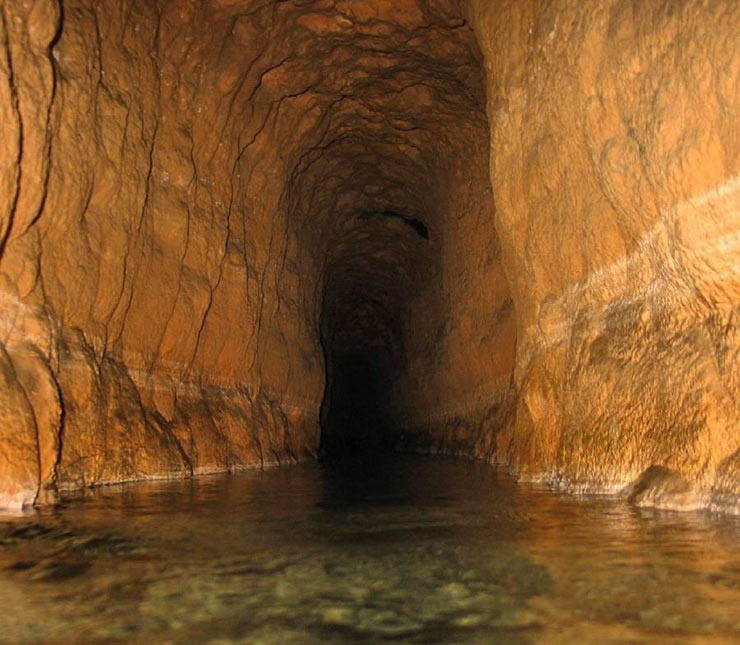 Features of the Zarch aqueduct include the squareness of its wells compared to other counterparts who have an elliptical or circular cross section. Also, the history of digging such wells dates back to the Zoroastrian times. Besides, the management, maintenance, division and distribution of water are the responsibility of the Zarch Aqueduct Council. Besides, it has five members and elected by all the owners and charbin of the aqueduct.

In addition, two people selected from the Sarcheshmeh Site of Zarch and three selected from the Zarch mass site. Besides, the Qanat Council nominates one person as the representative of Tam al-Akhtiar for one year to collect self-help aqueducts from all owners and charbines. Also, as well as to be a liaison between farmers and their respective agencies.

Moreover, in order to protect the Zarch Qanat, maintain and dig the aqueduct chamberlain (the end of the aqueduct in the furnace after the mother of the well), the representative employs moghni. Also, the aqueduct worker to perform any required operations well and pay the workers’ wages.

Two people selected by the Qanat Council as mirab for distribution and division of aqueduct water. Also, one at the source site and the other in the Zarch mass for one year.  Besides, Mirab delivers water to farmers by visiting the program’s water offices and the amount of ownership per person and by turn. Moreover, Sarcheshmeh Zarch has six days of water and the location of the Zarch mass has nine days of water. Furthermore, mirab wages, known as “dams”, a delivered once a sip of water (for 11 minutes) from the share of agricultural water in each circuit for 15 days.

In addition, until half a century ago, the watering of the Zarch aqueduct was more than 150 liters per second. Also, due to the indiscriminate digging of deep and semi-deep wells in the aqueduct’s water privacy. Besides, its water supply has greatly reduced.  Furthermore, we see the development of Yazd city over the past few centuries.

The effect of Yazd Development on Qanat

Building in the aqueduct’s privacy, falling roofs and walls of aqueducts and wells, meeting sewage into aqueducts and placing sewage pipes in some areas in the Zarch qanat corridors have caused many problems for this ancient aqueduct a. Alaso, ultimately led to its silent death.

In addition, Even now, 30 kilometers from the Zarch aqueduct that passes under the city of Yazd located at two points in the old texture. Also, these areas lack sewage and some residential houses have directed their sewage into the aqueduct. Besides, with some arrangements this problem has minimized, but it continues. Furthermore, directing wastewater to the aqueduct has even caused carbon dioxide gas in the aqueduct. So, it makes dredging difficult and dangerous for the residents.

Moreover, the Zarch Aqueduct registered on the National Monuments List on July 7, 2005 with the number 14830. Also, due to the importance of this long structure, its name registered in the UNESCO World List.