The Secret of Iranian Windchatchers

The desert regions of Iran which is a large part of the country, have long been used as a safe habitat by the earliest civilizations in the world. Therefore, people of these civilizations tried to coexist with the harsh nature of the desert throughout their life. This biodiversity and interaction led them to the construction of aquatic buildings and systems and architectural structures that are still being used in simplicity which is known as Windcatcher.

Yazd as one of the largest desert cities of Iran benefits from these architectural construction which is the windcatcher. This city has the highest number of windcatchers in Iran and is known as the City of Windcatchers in the world. 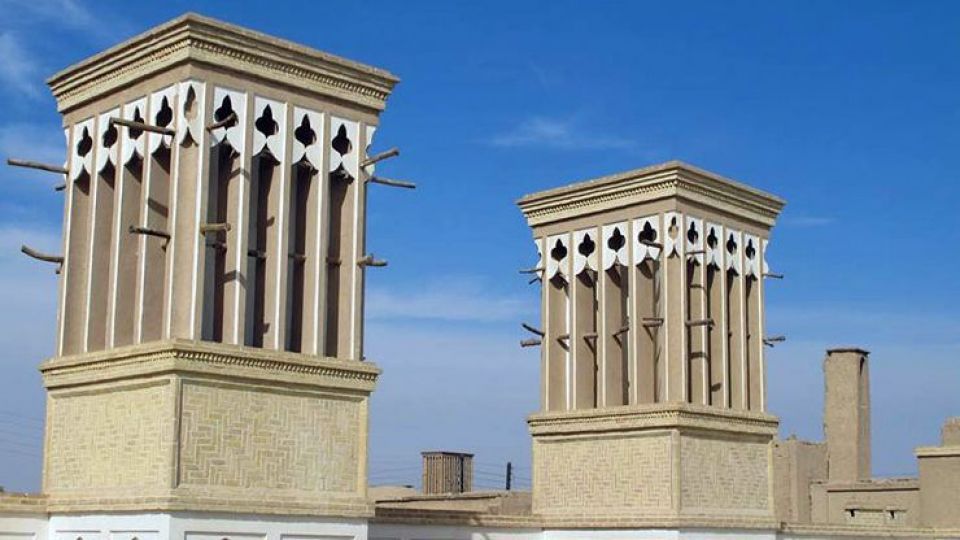 Windcatcher is an Iranian invention for creating cool space inside warm desert homes. This air conditioner has endured for many years the living space of the Iranian people. Deflectors are usually small turrets in a rectangle or regular polygons with no triangle structure at all. The windshield is made up of turrets that are located almost above the roof of the house.

Among these windmills, we can mention the Dolatabad Garden Windmill, which is the tallest Iranian windmill, 34 meters high and 11 meters high. A special feature of this 8-way windscreen is that it directs the wind into the building from any direction. Of course, the cooling systems of the windshield operate in two ways. Some windmills direct the cool windy air into the building, while others have a fuselage beneath the windmill that cools the indoor air after the stream flows through the dock. .

The Windcatcher is made up of a turret almost higher than anywhere else on the roof. Windmills are generally built on a part of a desert house called a basin. The small porch was at the bottom of each building’s summer rooms. The summer rooms consist of large rooms and large doors, sometimes up to 2 in., Due to the flow of air in the bottom of the pool.
The basin is in the form of an interface space between the courtyard and the summer rooms. There was a small pond in the middle of this space, and the reason for naming it was because of the pond there. The windshields are located just above the pond, but through the pores they direct the flow of air to the pond water.
The Windcatcher is usually a rectangle with a few holes in its four walls. The inside of the Windcatcher is divided into several sections with blades and walls made of clay or wood and bricks.

The best time to visit this ancient city, Susa is in winter and spring, in March and April the weather is also very pleasant. Iran Destination is a an Iran Tour Operator which makes you the best travel to Iran. So before you travel to Iran, make sure you visit our Iran Tour Packages. However, please feel free to contact us regarding any issue. Our Iran Travel Agency is ready to help you by any means.