The polish phrase that will help you through tough times 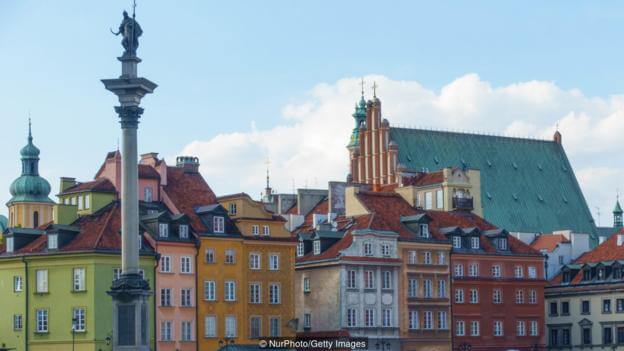 Words like ‘hygge’ (Danish), ‘gezelligheid’ (Dutch) and ‘lagom’ (Swedish) have become very popular in recent years. But fans of these fuzzy-sounding concepts often miss the point that Denmark, the Netherlands and Sweden are well-off, politically stable countries with excellent social support, education and healthcare systems. Their philosophies can be difficult to apply to other, less-fortunate nations. Learning about happiness from the Scandinavians can feel a little like learning about money from a millionaire when you struggle financially.

Instead, why not learn from a country that has been through hell and back – multiple times – and is still standing?
Located between Germany and Russia, Poland has always been a focal point of conflict. In 1772, 1793 and 1795, as Poland went through what is known as the three partitions, its size progressively reduced. With the last partition, the country all but disappeared from the map for 123 years and only gained back independence in 1918. World War II left Poland destroyed and its population decimated. As if that wasn’t enough, the country then came under Soviet control. In 1981, in response to the rising Solidarity movement, the government introduced martial law, severely restricting normal life and freedom of the Polish population. After the fall of the Iron Curtain, Poland joined the ranks of other Western democratic countries, but not without a long and difficult period of transformation. And yet, despite the traumatic history, Polish people remain optimistic.
Growing up in Poland, I often heard people say ‘Jakoś to będzie’ (pronounced ‘Ya-kosh toe ben-jay’). My parents said it to me whenever I was worried about something, and I always thought it was very encouraging. Literally, the phrase means ‘things will work out in the end’ – but it’s so much more than that. Rather than sitting around and hoping things will work out by themselves, ‘Jakoś to będzie’ is acting without worrying about the consequences. It’s reaching for the impossible. It’s taking risks, and not being afraid.

“It’s the unwavering certainty that we can do anything, no matter what obstacles we face along the way,” said Beata Chomątowska, co-author of Jakoś to będzie. Szczęście po polsku (Jakoś to będzie, the Polish way of life). 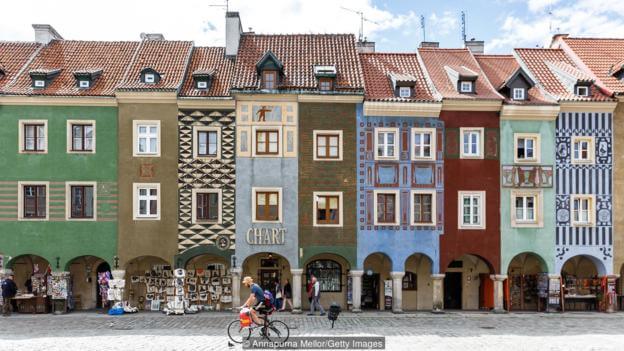 And that makes it the perfect philosophy for tough times.

In fact, Chomątowska and co-author Daniel Lis see the Jakoś to będzie philosophy as the antithesis to hygge.

“For us, [hygge] seems to include isolating yourself from the outside world and its problems; it’s staying home with your loved ones and enjoying time with them. But happiness Polish-style is getting out of that comfort zone. It’s doing something that doesn’t seem to make sense simply for the sake of going against the tide. It’s striving for change,” Lis said.
Grit, inventiveness and creativity are all part of the Polish mentality, which can mean moving abroad in search of a better life. Polonia (the Polish diaspora) counts around 20 million people – which amounts to half of the country’s population. Poles make the largest foreign group in the UK, and are a noticeable presence in US cities such as New York and Chicago. As Polish singer Wojciech Młynarski said, “Everywhere is wonderful when we’re not there. But we’re everywhere.” While he meant it sarcastically, there is some truth to the ability of Polish people to start over and make a new life. 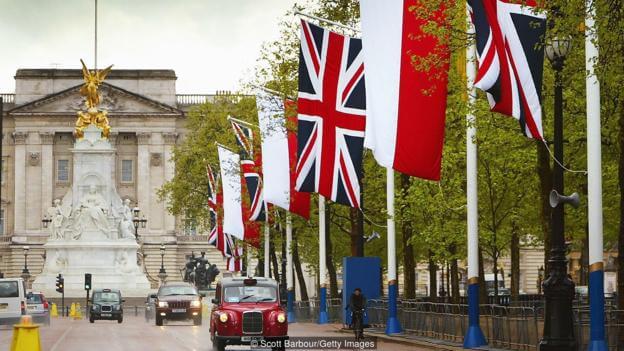 My personal favourite example of the Jakoś to będzie philosophy is the artificial palm tree that stands in the centre of Warsaw. Called ‘Pozdrowienia z Alej Jerozolimskich’ (Greetings from Jeruzalem Avenue), it’s a surprising sight in the often cold and grey city. When visual artist Joanna Rajkowska first had the idea in 2002, it caused a massive stir. The citizens of Warsaw complained the palm was a foreign element that didn’t fit into the city, and the authorities were worried about its maintenance. But following the Jakoś to będzie philosophy, the artist went through with her plan, and, over time, the palm tree has become a symbol of the city as memorable as the Palace of Culture and Science.

“It’s either euphoria or despair. We are not a balanced nation and I think it has to do with our geographical location.” Lis said.

Wally Olins, an expert on country brands, agrees, writing in a 2006 article for Oxford’s Said Business School that Poland draws its personality, power and perpetual motion from a wealth of apparently opposing characteristics. “Poland is part of the West and also understands the East; Polish people are passionate and idealistic and also practical and resourceful; the Polish character is ambitious and also down-to-Earth.”

These opposing characteristics produce something Olins calls ‘creative tension’ – a restlessness that’s unsatisfied with the status quo and a boisterousness that is always stimulating and often astonishing. “It’s why Poland is constantly changing and evolving, sometimes tumultuously,” he writes.

This is highly visible in the capital city. “Warsaw is a city that’s abuzz with something. It is constantly changing. It’s made from different parts, and that is not always pretty but it’s always interesting,” Chomątowska said.

These contrasts were obvious to me when I was living there. The city looks as if it’s sewn together from pieces that don’t really fit together. In the centre, pre-war houses stand next to modern skyscrapers, and the beautiful buildings in Warsaw’s Old Town appear in stark contrast to the apartment blocks. Tourists might describe the city as grey and ugly, but it’s always pulsing with energy. 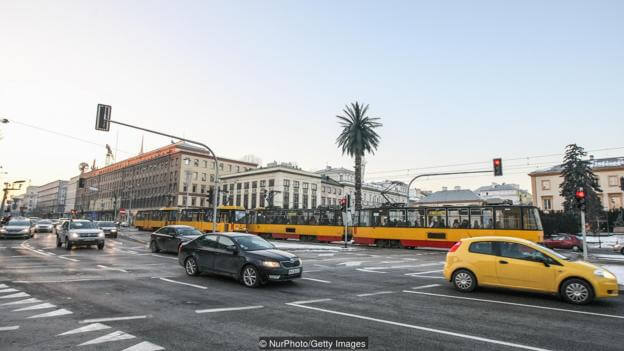 This energy plays out in the highly passionate discussions that Poles are known for, especially about difficult topics such as politics. While arguing isn’t socially accepted in some cultures, in Poland, it is encouraged. It often even translates into concrete, political action, such as the July demonstrations against the government’s plan to impose tighter control over the judicial system. Protests, including the one that started the Solidarność movement in August 1980, are a crucial part of the Polish mentality – and the Jakoś to będzie philosophy – because they require passion, the ability to take action in crisis situations, and a conviction that things will work out, no matter what.

“It’s very important to know that people, not the government but the people, can take matters into their hands and get organised. We are resourceful in situations where systems fail. We can make something out of a piece of string,” Chomątowska said.
Jakoś to będzie’ doesn’t require traumatic experiences, though. In our daily lives, it can simply mean doing something out of the ordinary. Taking the unusual route. Going to another city without knowing where to spend the night.