The Iraq city that opens its doors. 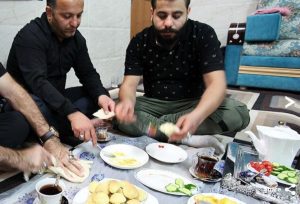 The road to Karbala

Every year, millions of people – mostly Shia Muslims – fly, drive or walk to Karbala in central Iraq to see the shrine where the Prophet Mohammed’s grandson, Imam Hussein, is believed to be buried.

During this pilgrimage event, called Arbaeen (which is Arabic for ‘forty’, signifying the number of days the gathering spans and the name associated with its final, 40th day), the ancient city comes alive in a riot of colour and sound, decorated with garlands of fairy lights, flowers and bunting. The atmosphere is sincere but festival-like: teenage friends, young families and respected elders unite under red, green, blue and black flags, bearing the faces of Hussein, his father Ali and his half-brother Abbas.

Hussein is revered as an 7th-Century social revolutionary, representing strength of character and courage in the face of tyranny. A pilgrimage to his tomb, concealed under a golden dome and intricate tilework at Karbala’s very heart, is a deeply spiritual and significant experience, made even more special by the memorable connections the pilgrims form with the city’s magnanimous hosts. 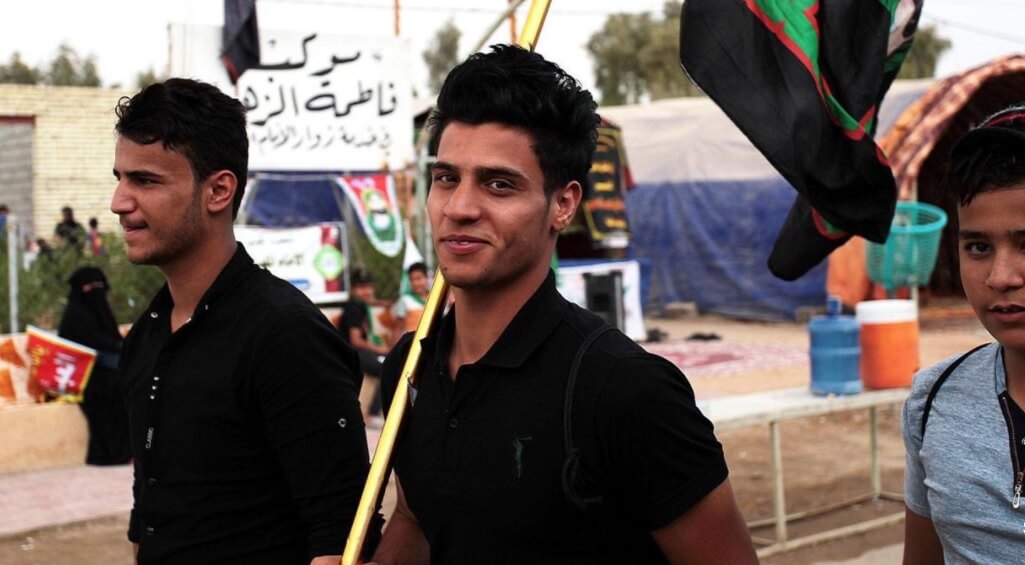 An abundance of visitors
Considered the world’s largest annual pilgrimage, Arbaeen’s visitor numbers have swelled over the years, and there aren’t nearly enough hotels, restaurants or shops in the city to accommodate and serve the millions of pilgrims who now come. This year, some 13 million people attended the 40-day festival.

The pilgrims often arrive tired and hungry, having walked up to 400km across Iraq, from places such as capital city Baghdad or the oil-rich southern city of Basra. Others have travelled from countries as far and wide as the UK, the US and India. Hugely outnumbered, Karbala locals open their homes, kitchens and hearts to visitors. This is Arab hospitality, writ large on a community-wide scale. 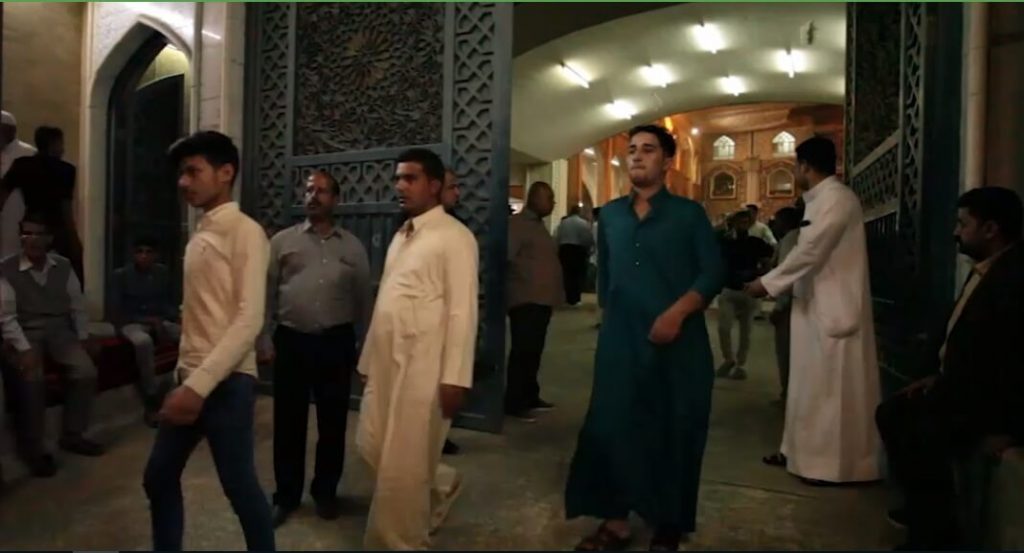 Making and breaking bread
The benevolence starts on the pilgrimage route itself. At service stations known as mawkibs on Karbala’s approach roads, townspeople lay out free food, sweet tea and rose-flavoured water for pilgrims. We passed one station, Mawkib Fatima Zahra, which was decked out with comfy rugs, blankets and cushions, while tomato-and-aubergine stew bubbled away in metre-wide metal cooking pots.

Nearby, Iman, a mother of six who had come to help from Baghdad, prepared the day’s bread supply with assistance from her volunteers. They moulded dough patties to be cooked on a round metal plate over a flame.

“We welcome people from Iran, Pakistan, India and Turkey, for example,” she said. “We welcome everyone… It brings me comfort and joy.”

A welcoming home
As proud representatives of one of Islam’s most important pilgrimage sites, the people of Karbala have long seen it as their duty to provide a warm reception and welcome pilgrims into their homes.

In Karbala’s al-Salaam district, the family home of 29-year-old Amir al-Kindi is typical, with shoes belonging to guests piled at the threshold and carefully arranged flowers set beside the door. This tradition has been passed down from his grandparents, who also welcomed pilgrims at Arbaeen in days gone by. The event falls on a different date every year in line with the lunar calendar, but al-Kindi is always ready to host whoever needs a hot meal and a safe, warm place for the night.

“All people from other countries say how generous Iraqis are,” he said. “We are generous people; we inherited this from our ancestors.” And al-Kindi’s home is immediately welcoming. “I greet them with a smile and happiness,” he said. 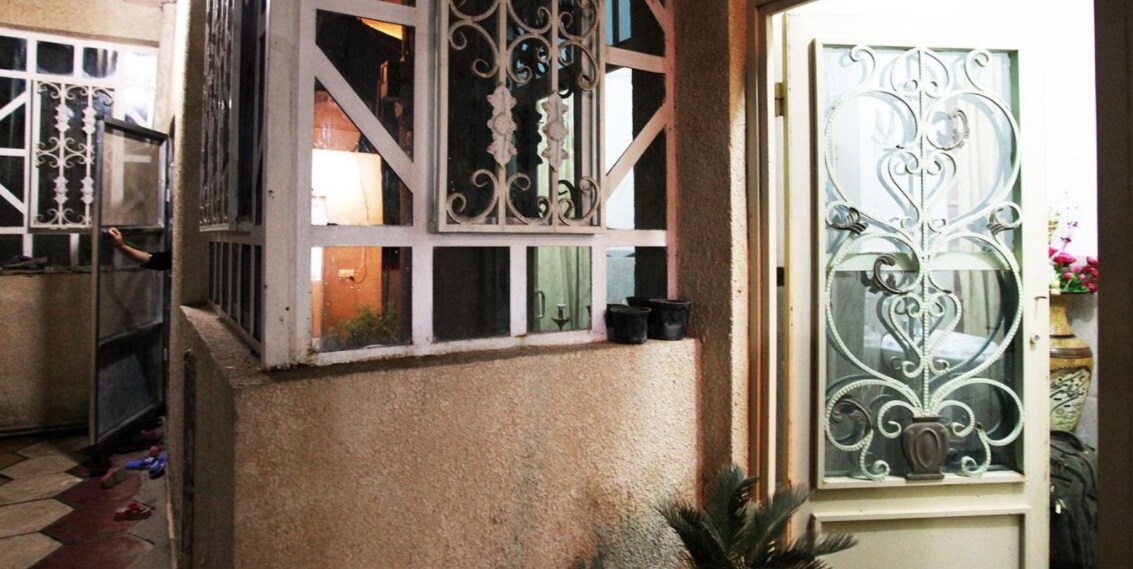 Preparation in advance
Before the guests’ arrival, al-Kindi scents the house by burning incense and musk, which he stores in a special silver box. Piles of fresh towels in sparkling-clean bathrooms are made ready for weary travellers to wash away the dirt of the pilgrimage trail. The route, dating from the 7th Century, was once rural but now passes along built-up roads and urban areas in southern Iraq.

“One month before the commemoration, we prepare the food, such as kebab and dolmeh [vegetables and vine leaves stuffed with seasoned rice] and we put it in freezer/fridge,” explained Amal al-Aboud, al-Kindi’s mother, who lives in Chicago but returns to her home city of Karbala every year for Arbaeen. “Then we prepare the bathrooms, and when the pilgrims come, we turn on the heating or air conditioning according to the weather. Visitors must be comfortable.”

As the overall number of attendees at Arbaeen has grown over the years, so has the number of pilgrims that al-Kindi and his mother host. “The resources of Karbala governorate are not enough to host the pilgrims,” al-Kindi explained. “In the past, I used to host around 20 [each year]; now the number has reached 40 to 50.”

Catering for the pilgrims
Saba, al-Kindi’s wife, has her kitchen ready to nourish weary Arbaeen pilgrims. Over the festival period, she goes through 40kg of lamb and beef and 20kg each of fish and chicken. Every day, she provides 30 flatbreads and uses 3kg each of cucumbers and tomatoes, bought fresh from the local market.

“I see that the groups arrive so tired, and I feel comfortable in myself when I serve them,” she said, bustling between making black tea in a silver teapot and lining a tray with glass cups and a sugar bowl.

The al-Kindis have a system in place to ensure they can afford to host visitors every year. “We have a box and each of us contributes money – my parents and wife – and sometimes we split purchases with my cousins and brothers,” al-Kindi explained.

Our humanity drives me to go to help [the pilgrims] and pick them up on the road, beside other volunteers from the province. When you see someone in need, your humanity pushes you to help,” al-Kindi (not pictured) said.

The of guests
Often, al-Kindi does not know in advance who he will host, but heads to the main pilgrimage route into the city to tell visitors young and old that his home is open to guests. This time, he was hosting four Iranians from the cities of Tabriz and Tehran – Hussein, Ismail, Babach and Yacoub – who had just completed the 75km walk from the city of Najaf.

“We have seen many great and good things in Iraq; we appreciate their hospitality,” the men said, speaking over one another and finishing each other’s sentences. “We feel more comfortable in Iraq than in some parts of Iran.”

People from differing nationalities have different customs and habits, and al-Kindi adapts his welcome to suit them. “The Iranians prefer to drink tea before dinner; the Lebanese eat dinner at a specific time, and they love shisha,” he explained, referring to the smoking of waterpipes popular across the Middle East. “I do everything I can to make sure they feel comfortable in my house.” 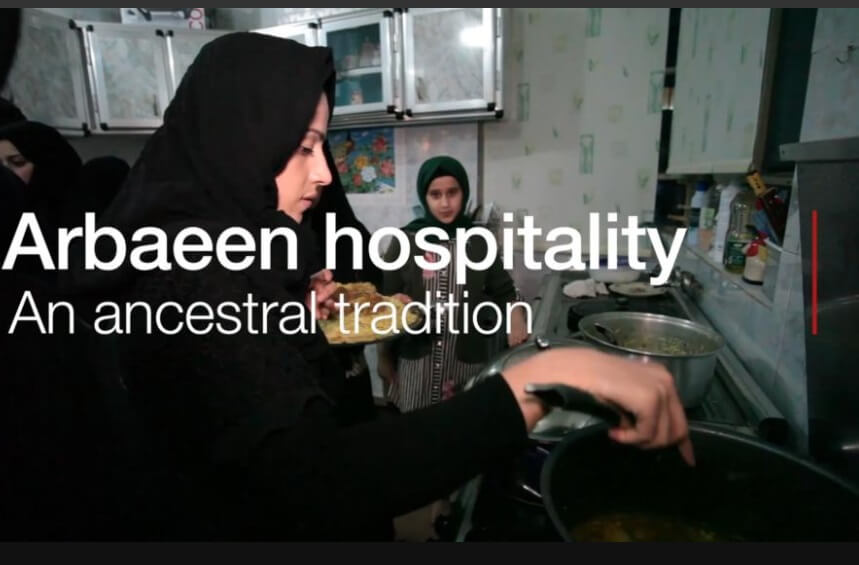 Eating with the family
Once the pilgrims had washed and rested, it was time to eat. A plastic sheet covered the living room carpet, and family members and guests crouched around it. While many guests have grown to love – and even prefer – Iraqi food to their own, the al-Kindis try to ensure people feel most at home by preparing dishes from their own cuisines. Through years of hosting pilgrims from Iran, Saba has learnt to cook the country’s traditional dishes.

Female family members, including al-Kindi’s nieces, laid out plates, bowls and silver serving spoons, along with piles of round flatbreads, soft potato patties and a refreshing yoghurt drink called ayran. Then came the colourful Iranian dishes: baghali polow, thin-grain rice with dill and broad beans topped with chunks of lamb; ghormeh sabzi, a spinach and lamb stew flavoured with a blend of fresh herbs; and finely chopped cucumber and tomato ‘Shirazi’ salad. It was a veritable feast. 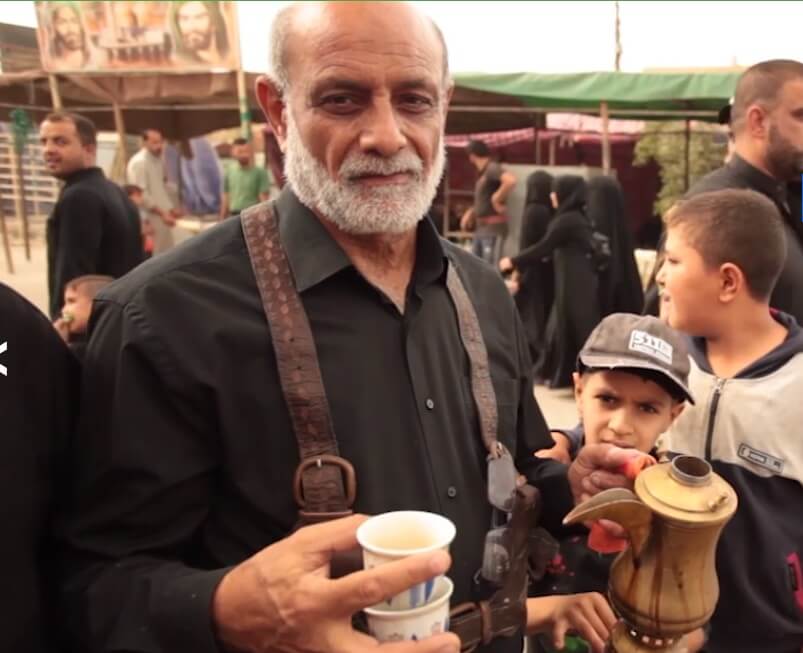 A family affair
To pass the tradition onto the next generation, al-Kindi is instilling the importance of hosting pilgrims in his one-year-old daughter and other young relatives such as his nephew, Hussein Ali, pictured.

When asked what he and his family most like about hosting pilgrims, al-Kindi replied, “the cultural exchange with people from Iran, Lebanon, Europe and [the] US.” 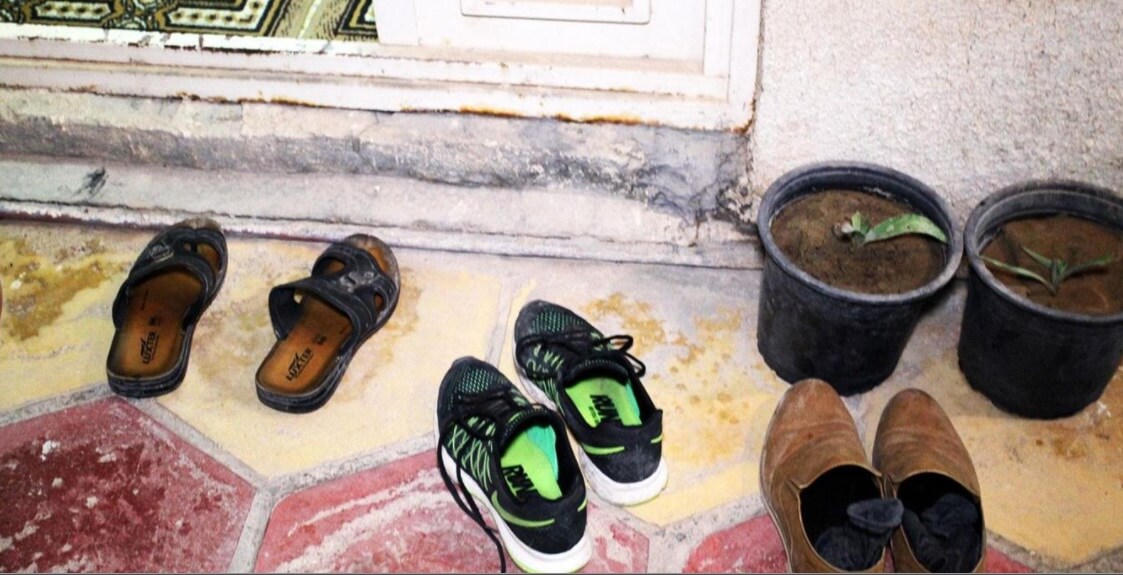 Learning from the pilgrims
Al-Kindi has also formed lasting friendships with pilgrims whom he has hosted over the years. In the past three years, for example, he has taken in visitors from Saudi Arabia, Kuwait, Iran and the US.

“This hosting has created intimate relationships with them. When they come here or I visit them in their countries, they pick me up from airports,” he said. “During [the Arbaeen festival period], they call me and I pick them up, sometimes they stay for a day, or two or for 10 days.”

A place to sleep
The traditional Arab house is based around the majlis, or sitting area, which comfortably converts into a sleeping space. The al-Kindis keep pillows, blankets and a princess-and-the-pea-style stack of mattresses ready throughout Arbaeen.

The Iranian pilgrims bedded down for the night in a billow of cushions, squashy mattresses and the sort of fluffy, vibrantly-patterned blankets that are a staple in homes across the Middle East, including in Iraq. “When we are full, there are people sleeping everywhere here,” Saba said.

Dawn breaks
The next morning, as the sun and a dusty haze rose over Karbala, al-Kindi’s family prepared to welcome their guests into a new day. Saba was up early to attend to the pilgrims’ needs, brewing more tea along with hot sweet milk in small hourglass-shaped cups. She cooked little round omelettes for Hussein, Ismail, Babach and Yacoub, and they ate them the way that is customary in both Iran and Iraq: using their hands and flatbread as a scoop.

Soon it was time for al-Kindi’s guests to move on, but not without some warm words of gratitude.

You helped us even though you did not know us; we are grateful for that and we hope to invite you to Iran,” the guests said collectively.