Where is the Pearl Port?

Where is the Pearl Port?

The Pearl Port of Persian Gulf

Lengeh Port or Bandar Lengeh is one of the coastal cities of Hormozgan Province and is one of the oldest ports in the world in the south of Iran and Persian Gulf border. This Port is known as the Pearl Port of Persian Gulf.

According to ISNA, Persian Gulf, with its vast, beautiful coastal areas, has  many of major historical ports of the world. Bandar Lengeh or Pearl Port is one of these important ports, which has many historical, cultural and tourist attractions. 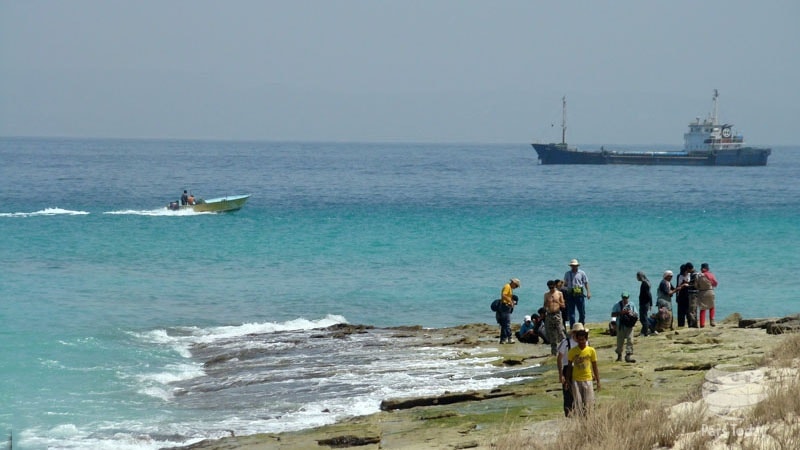 The main occupation of people is Fishing. However, it is also one of the most important export commodities of this port.

Hunting pearl is also one of the important jobs in Kish Island and Bandar Lenghe, which earn a lot of money from this.

In past, species of pearl of high quality with different brightness and color in the waters of Bandar Lengeh were caught. Therefore, Bandar Lengeh is a major center of fishing and trading pearl.

The pearls of this city have been scanty around the world in terms of species, coarseness, beauty, clarity and color. 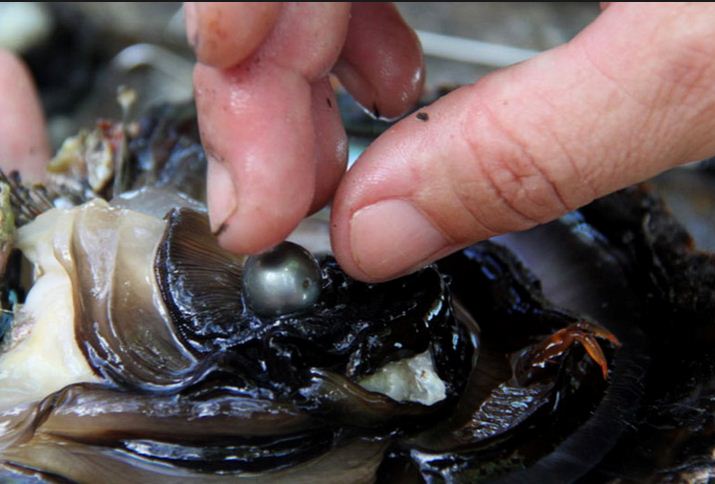 The Architecture of Lengeh Port

There are many houses in the old parts of this historic city, and especially the windbreakers, are appreciated by the tourists. However, it can also be called the port of mosques and ponds because of historic ponds and mosques, most of which are registered in Iran National Monuments List.

The Pearl Port or Bandar Lengeh, is 14 meters above sea level due to its proximity weather has warm circuit. Badgir or similarly, wind catchers were a means of cooling the rooms and halls in the warm seasons that were built over the roofs of buildings. 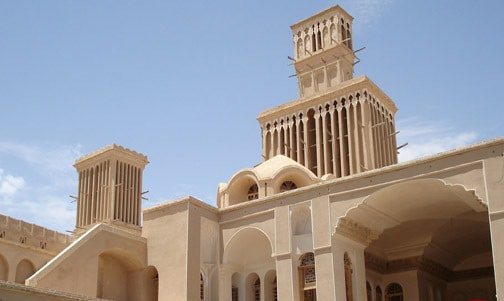 Seems like, the intellectual building with its long and beautiful wind catchers is one of the original architectural patterns of the south on Bandar Lengeh Beach.

In late Qajar period, this building was made by a famous merchant of the city. However, in past, the intellectual mansion was renowned as the settlement and trade and commerce center in Bandar Lenghe, Pearl Port.

Furthermore, in 1996, it was registered on Iran National Monuments List. Moreover, the house has recently been restored and changed into an anthropology museum. 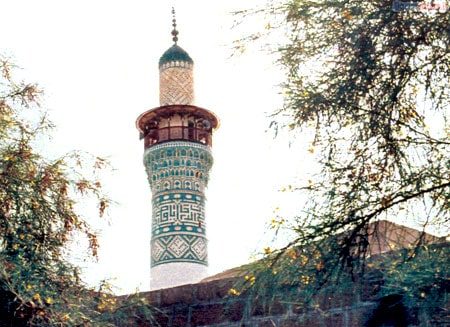 Indeed, the foundation stone of the mosque is established during Timurian times. The mosque  rebuilt twice during Safavid and Qajar period.

Anyway, the interesting point about the minaret’s deflection is that the crooked form of the minaret has caused the mosque to be named Pizza Tower of Iran.  However, the mosque can be considered as one of the most amazing mosques of Iran. 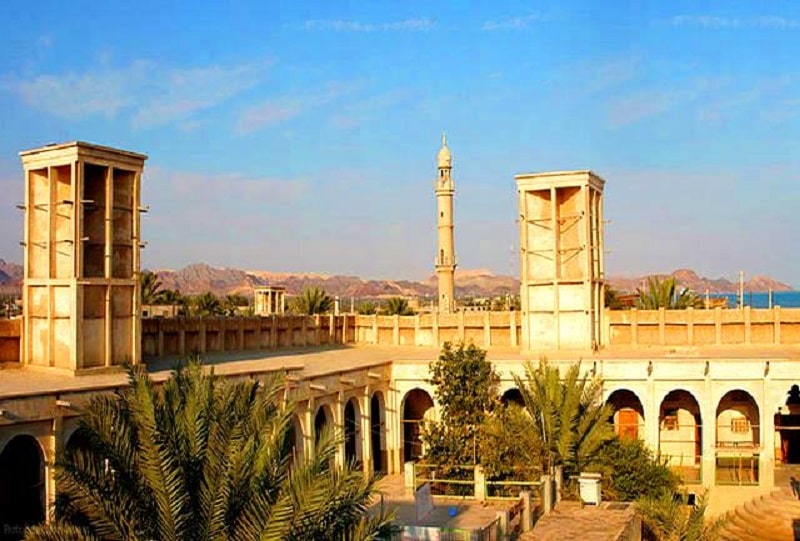 The castle of Sheikh Soltan is a central part of the city of Bandar Lengeh and is one of the landmarks of Hormozgan province in south of Iran.

The Castle of Sheikh Sultan belonged to Sheikh Sultan al-Marzuqi, one of the rulers of the area, and head of the tribe of al-Matrazīq and the ruler of Moghvi. 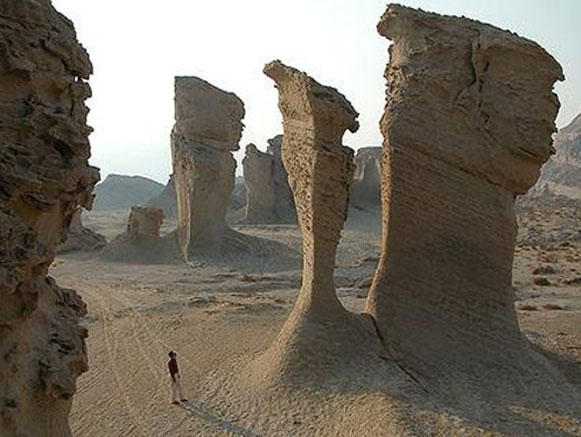 This desert area is located in the west of the shady village. The reputation of this region has doubled since the release of a photograph of Kaluts of this wilderness. Moreover,  there are plenty of palm trees in this area to enhance its beauty. 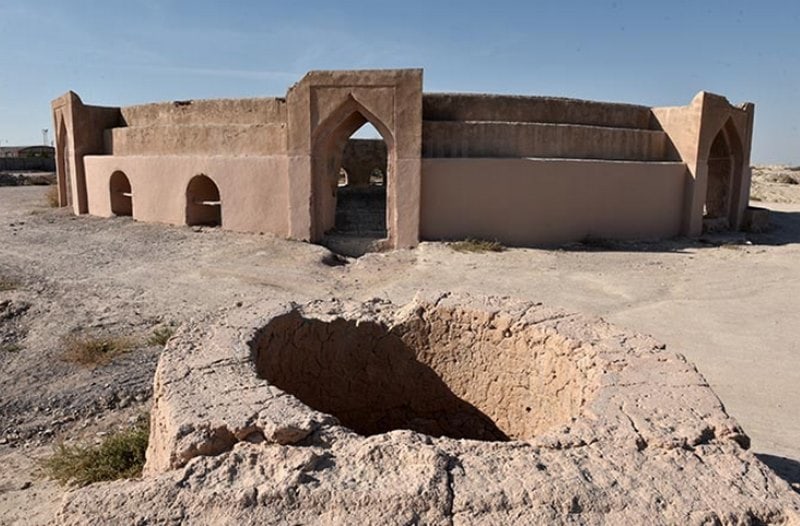 There is a historical site, called Darya Dowlat pond. Above all, the site is  third largest pond of Iran in Hormozgan Province. However, the pond is a historic waterfront located at the edge of Bandar Kang, which is the central part of Bandar Lenghe, hence, the Pearl Port  is one of the landmarks of Hormozgan province. 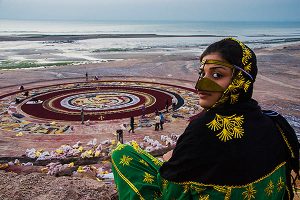 Anyway, for any further information regarding our tours and offers, please click on our best selling Iran tours: