What makes a country well-run? Whether minimising corruption or spearheading educational and medical initiatives, governments around the world use different policies to facilitate a high-functioning society. To quantify the effectiveness of these policies, indexes like the World Justice Project’s Rule of Law Index, the World Bank’s Governance Index and the Social Progress Index survey residents, compile publicly available statistics and rank countries based on their performance across different categories.

While each index varies in their precise ranking, certain patterns emerge across all three, with the same countries consistently at the top for their progressive social policies, trust in government and effective justice system.

Still, policies are only as good as the people they affect, so we talked to residents living in some of these countries to find out which factors most influence their daily lives. 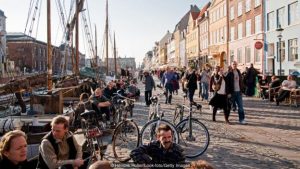 While all the Nordic countries rank consistently high across every index, Denmark inches out its neighbours (and blows away the rest of the world) with near-perfect scores on the ‘Basic Human Needs’ ranking in the 2017 Social Progress Index, which includes meeting the nutritional and medical needs of its citizens and giving access to basic knowledge and communication.

These benefits are offered to more than just native-born residents. “The general health and social system is well-developed and accessible to anyone living in Denmark, and as a student you can get financial assistance and free language classes,” explained German native Anne Steinbach, editor-in-chief of Travellers Archive who recently lived in Aarhus, Denmark’s second-largest city, for six months.
The social system also relies on a sense of trust, rather than paperwork. “When Danes are ill and they cannot go to university or to work, it’s fine to simply call and let the employer know. In Germany, however, employees and students need to get an official certificate from the doctor,” Steinbach said. “Both countries are structured when it comes to policy and governance, but Germans like everything to be on paper, in order and certified, whereas Danes treat each other more like friends in almost every situation.”

While life in Denmark can be expensive compared to other European countries, with the highest collective taxes in the EU to pay for these services, the benefits outweigh the costs, says Steinbach, and residents are friendly and welcoming to boot.

“Danes are all about hygge,” she said, describing a word that roughly translates to a cosiness shared among friends. “Having a movie night or a dinner night and inviting Danish friends over is a perfect way of blending into the Danish culture. Danes love to talk, to mingle and to simply sit together, enjoy the candlelight, good food and interesting talks.” 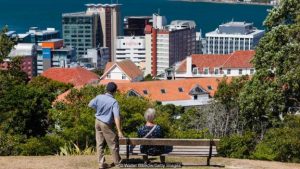 Australia and New Zealand are virtually neck-and-neck across the indexes, but New Zealand scores slightly better for overall political stability, fundamental rights and lack of violence/terrorism.

“New Zealand was the first nation in the world to give women the vote [in 1893],” said Zoe Helene, founder of Cosmic Sister, who lived in New Zealand for 10 years and frequently visits her parents who are permanent residents. “A group of people brought a physical petition from one end of the island to the other, gathering signatures until it was a giant scroll. That scroll can be viewed in the museum now, and I think it should be something that tourists go to see, like the Statue of Liberty.”

The country also has generous policies that support single parents, children, students and seniors. “You know the saying ‘you can judge a civilization by how they care for their elders’? When a New Zealand citizen becomes a senior at 65 they automatically start receiving a generous government allowance, no matter who they are, no matter how much money they earned or inherited, and no matter when they arrived in the country,” Helene said. 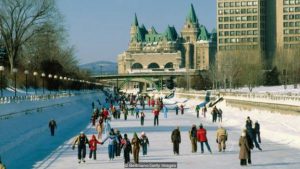 Both the United States and Canada rank highly across all indexes, but Canada scores higher in political stability and lack of violence/terrorism. In fact, Canada comes close to many of the Scandinavian countries in its near-perfect scores, including access to nutrition and medical care, as well as to basic knowledge and personal rights.

“Canada is more progressive in its values than our neighbor to the south. For instance it would be quite rare for attitudes against a woman’s right to choose, or removing rights from LBGTQ persons, to become serious topics of debate,” said Alia Bickson, an Intrepid Travel guide who lives in Toronto and has dual US and Canadian citizenship. “Of course, individuals have varying views, but the country as a whole supports policies in line with compassion and acceptance of varying life choices.”

One mistake newcomers sometimes make, however, is thinking Canadians’ courtesy and thoughtfulness makes them pushovers. “They have a sharp sense of fairness and will assess visitors’ behaviour with a clear eye,” Bickson said. “[Canadians] don’t suffer fools gladly, so do your basic homework before arriving.” 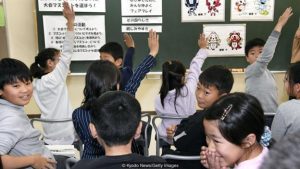 Not only does the island nation rank highest in Asia by the World Bank for overall government effectiveness, rule of law and political stability, it also received the highest marks in Asia from the Social Progress Index for its access to basic knowledge, water and sanitation, and access to nutrition and medical care.

“The effects of government policies are often quite evident in cleanliness, efficiency and functioning of tax-paid parts of society,” said Adam Goulston, a cross-cultural resume writer who lives in Fukuoka but is originally from the US. “Part of this can be attributed to the natural tendency of the Japanese to value social and public things and keep up appearances. However, a big part also owes to effective and in some cases quite liberal policies, especially in comparison to my home country, the US.”

Health insurance is universal, though it can be expensive since it’s income-based and taken out of wages – but residents can go to any doctor any time and costs are capped. Though the aging population and population decline is putting pressure on the solvency of the programme, said Goulston, overall, the system works. Japan also has some of the world’s best cancer doctors.

The education system is another of the country’s strengths; elementary and secondary school is mandatory, and Japanese schools rank well globally. Though the schools are highly regimented and systematic – which can lead to over-standardisation, according to Goulston – they have prioritised nutrition as a key part of education, with school lunches prepared with locally grown ingredients and paired with lessons on healthy eating and food history. 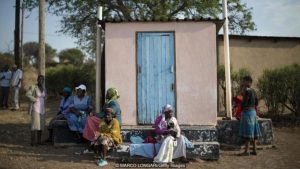 Botswana consistently ranks as one of the strongest-governed countries in Africa, especially in its role in containing corruption, regionally ranking the highest in both the World Bank assessment and Rule of Law Index. After a string of scandals in the early ‘90s, the government created the Directorate of Corruption and Economic Crime (DCEC) in 1994, which continues to investigate and prosecute officials accused of corruption. Not only that, but the national revenue from diamond mining has been fairly well distributed throughout the county.

“The entire country was founded on national unity and that is still the case to date,” said Sehenyi Tlotlego, Botswana native and philanthropy coordinator for safari company Sanctuary Retreats. “We are a nation that believes and practices ‘Ntwa kgolo ke ya molomo’, which means ‘Disputes are resolved effectively by debating them to a conclusion, and not by going to war’.”
The country is known for having strong personal freedoms, scoring high in both freedom of the press and personal property rights. That freedom extends to everyday interactions. “Batswana are easy-going people, that believe in open talk and do not take kindly any hidden agendas. It is advisable to be open and discuss issues in the interest of resolving them,” said Tlotlego. “We are also a very liberal society where colour, religion and gender doesn’t matter, and we will tackle, head-on, any form of injustice.”

That has also led to strong social foundations that give citizens the opportunities they need to learn and stay healthy. Every village with 500 or more people qualifies for a medical clinic and primary school, said Tlotlego. The country also was early at recognising the HIV/AIDS pandemic and created a rigorous testing and counselling programme, with free antiretroviral treatment to every citizen testing positive.

Conservation has also been a strength of Botswana’s government, which has led to tourism driving 12% of overall GDP. “Most of the funds accrued from the tourism industry is ploughed back into the protection of protected areas, wildlife management areas outside protected areas and the ever-growing anti-poaching unit,” said Tlotlego. “Botswana has set up and supported one of the strongest anti-poaching units in Africa.” 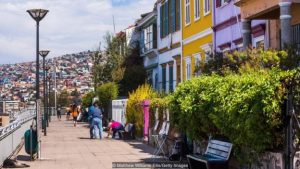 Ranked highly for its open and transparent government, control of corruption and access to basic knowledge and medical care, Chile has one of South America’s most stable and corruption-free governments.

“Whereas you might be expected to pay a bribe to police or politicians in other South American countries, that doesn’t happen in Chile,” said Peter Murphy Lewis, owner of tour company Chile Guru and long-time Chile resident.

Even as a foreigner, it’s relatively easy to buy property or to start a business (no more than a few weeks, according to Lewis) compared to other countries. “While there is bureaucracy, it’s not overly difficult to navigate,” said Mat Newton, founder of Tourism Tiger and Santiago resident. While expats may get frustrated with the slow immigration process, once your visa is sorted, “life isn’t too difficult,” Newton promises.

Ranked highly for its open and transparent government, control of corruption and access to basic knowledge and medical care, Chile has one of South America’s most stable and corruption-free governments.

“Whereas you might be expected to pay a bribe to police or politicians in other South American countries, that doesn’t happen in Chile,” said Peter Murphy Lewis, owner of tour company Chile Guru and long-time Chile resident.

Even as a foreigner, it’s relatively easy to buy property or to start a business (no more than a few weeks, according to Lewis) compared to other countries. “While there is bureaucracy, it’s not overly difficult to navigate,” said Mat Newton, founder of Tourism Tiger and Santiago resident. While expats may get frustrated with the slow immigration process, once your visa is sorted, “life isn’t too difficult,” Newton promises.
Health insurance is affordable and effective, but where the country really shines is its infrastructure. “Santiago, and Chile in general, has high-quality infrastructure which makes living there a relative breeze with none of the headaches one might associate with developing countries,” Newton said, referring to the country’s high-quality highway system and near universal access to water and electricity. Santiago also has one of the world’s largest urban parks in the world, the 1780-acre Metropolitan Park, and numerous bike paths that even Paul McCartney has traversed.

While Chile is extremely open and friendly to foreigners, rigid social classes can make it hard to break into the country’s inner social circles, according to Lewis. He recommends that all newcomers join a local Facebook community group, so they can quickly make new friends and find referrals for English-speaking doctors and other services.