Did you make your decision and chose Iran as your travel destination? We want to tell you what is the most visited place in iran? for traveling to Iran. Travel to Iran with us to get to know about it. Are you interested in experiencing that? what do you know about Iran destination tour one of the most famous Iran travel agency in shiraz and also Iran? This is great and you can be sure that the most exciting experiences will be waiting for you. In this article, we introduce all the requirements to travel to Iran. Also, the do and don’ts of traveling to Iran. Also, we answer this question: how to travel to Iran.

The most visited historical places and tourist attractions of Iran

The texture of Persian culture and long stories of Iran with the help of Iranian architecture with a rich history has become better and more visible. So that over the centuries, the symbols of Iranian architecture such as engineering masterpieces and decorative tiles have been general and specific. Since the historical architecture has a very high diversity, it looks amazing. In this section, we will introduce you to a number of attractive tourist places in Iran.

This majestic mosque, which is considered a masterpiece of Iranian architecture in the Safavid period, dates back to the seventeenth century AD and has gained its popularity and fame due to the presence of delicate tiles and intricate carpets. A very interesting point that is important in this is the very precise harmony that prevails in the whole building.

One of the scenic areas of Qeshm is Star Valley. These rocks are made of sandstone and marl (clay limestone) and have been eroded over the years into strange shapes that, if you have a high level of imagination, look like things like animals, face, hands or. .. you will see.

Persepolis, Shiraz – What is the most visited place in iran

Persepolis is the capital of the Achaemenid dynasty and a prominent example of architecture of that period. Ancient remains show the presence of this city until 515 BC. The huge buildings and giant sculptures in this city represent the ancient Iranian architecture. 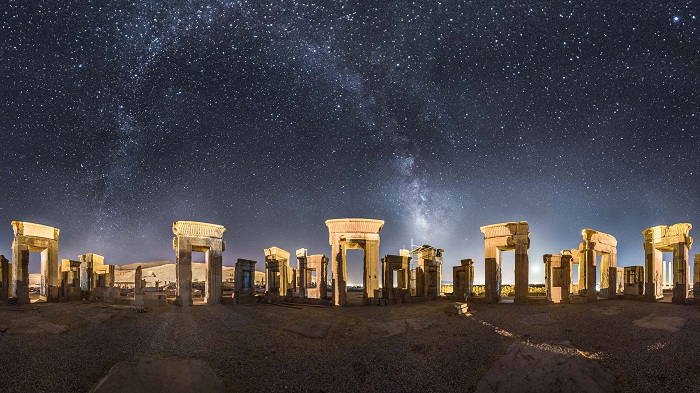 If you want to touch the highest sand pyramids in the world, just travel to Lut desert. These pyramids are like clumped skyscrapers in the distance, and some call this area the city of ghosts. This plain constitutes 10% of the area of ​​Iran. The vastness of Lut has made it possible for you to easily access this plain from the provinces of South Khorasan, Sistan and Baluchestan and Kerman. Due to the dark color and dryness of the surface, the central areas of this plain have been known as the hottest spot on earth for seven years. Most of the population living in Lut desert lives in an area called Shahdad. visit Iran 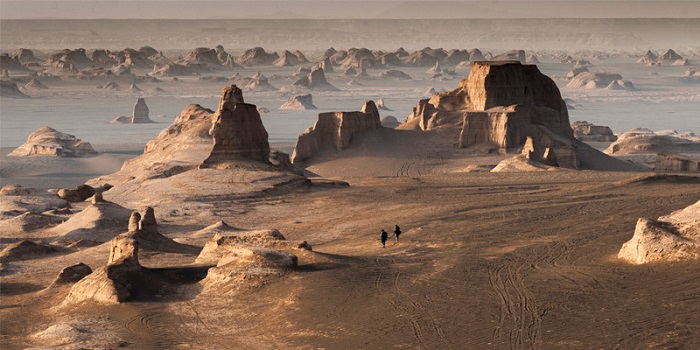 Mosques are one of the sights of Iran and many beautiful mosques have been built throughout Iran. But perhaps the most beautiful mosque in Iran is located in Shiraz, in the neighborhood of Good Arab (Lotfali Khan Zand Street). Nasir al-Molk Mosque was built near the tomb of Shahcheragh during the Qajar period. The pink color of the tiles and glass has made this place known as the Pink Mosque. The lighting and eye-catching architecture of this mosque have created a mystical atmosphere. 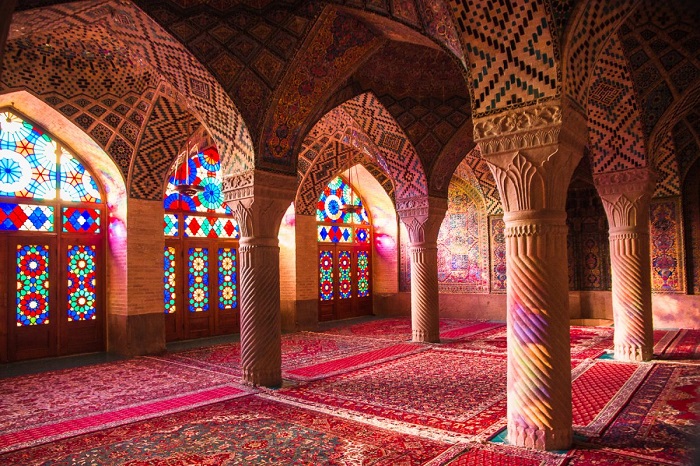 Choghaznabil Ziggurat is one of the first tourist attractions in Iran that has been registered in UNESCO. Choghaznabil is located near Shush in Khuzestan province. The ziggurat dates back to the 13th century BC and the Elamite civilization. When employees of the British-Iranian Oil Company were digging for oil wells in 1935, they came across inscribed bricks that later led to the discovery of Choghaznabil. The Ziggurat Temple is a remnant of a multi-story ancient city. Monuments have been discovered in this historic city that have been used as clocks and timers in the past. The main building of the city was actually an observatory or a solar calendar. Ziggurats were sacred buildings and therefore the best materials were used in their construction.

Hormuz Island, 16 km from Bandar Abbas, has been called the land of colors and is one of the most beautiful and special places of interest in Iran. Red soil and yellow, white and red mountains will give you a unique view. The pleasure of exploring the island alone can make a memorable trip for you. After reaching Bandar Abbas, you can reach Hormoz Island by fast boats from Haqqani Wharf. The most interesting thing that will catch your eye at first glance is the red mountain, which the locals have covered with mud. The taste of the food you will eat on the island of Hormuz is different from the taste of all the food in the world. The reason for this difference is the use of a spice called suragh, which is prepared from the same red soil.