‘Tsunami of tourists’ head for Iran

‘Tsunami of tourists’ head for Iran

Through the hotel lobby he goes, to the elevator, up into guest rooms, and back. Jaber lashkari says he hauls around 50 pieces of luggage along this well-worn route every day. But the porter at Tehran’s Parsian Azadi Hotel says in the past several months his work has nearly doubled. “Recently we’ve seen a big increase,” he said. “We don’t need exercise or treadmills anymore. We walk more than anyone else.” Jaber’s heavy workload comes amid a 215% increase this year in Iran tourists visit, according to a government official who called the surge a “tsunami of Iran tourists”.

Hotel marketing and sales manager Zahra Manafzadeh says if this surge keeps up Tehran may soon run out of hotel space.

“It shows that we have to take action and do something about it,” he said.

Tehran may be a capital of some 12 million people, but remarkably it has only three large five-star hotels.

A fourth is under construction yet most of Tehran’s accommodations remain smaller apartment style hotels. 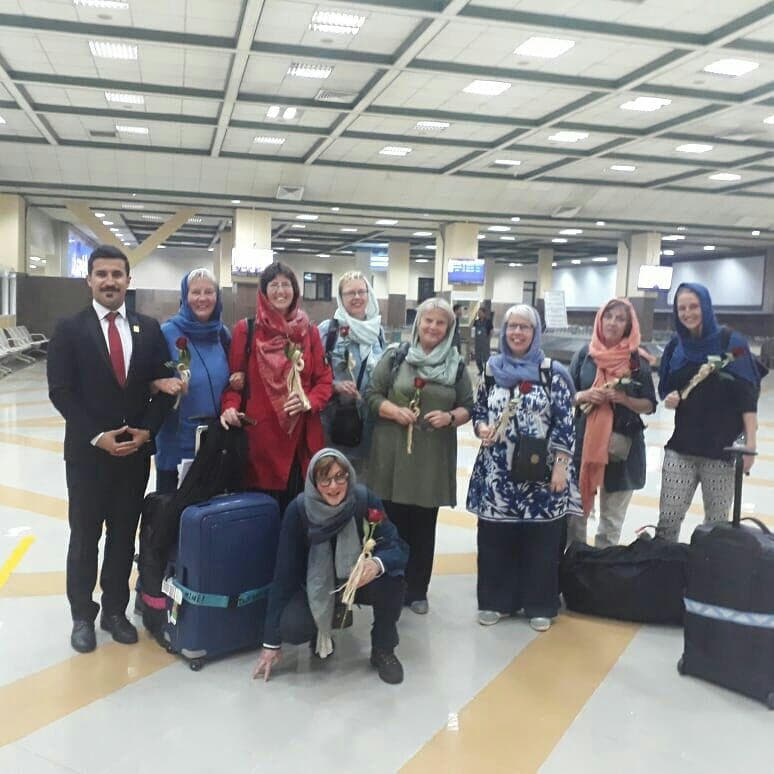 Farman Ghafarian owns two of these enterprises — Tehran Grand Hotels One and Two. The recent spike in visitors has him thinking expansion.

“We already have a shortage in Tehran,” he said. “Now it’s motivating us to build a third branch because for sure we are anticipating much demand in the tourism market.”

For much of the last three decades here in Tehran there was never an overwhelming demand for hotels.

Many visitors stopped coming after the 1979 Islamic Revolution. This was in large part due to Iran’s political and economic isolation by western powers and their warnings that Iran was rogue and dangerous nation with a radical leadership.

Many in Iran’s hotel and tourism industry credit the turnaround to first year president Hassan Rouhani who’s been on a campaign to give a gentler and more positive impression of Iran by easing some visa requirements and working to resolve Iran’s nuclear dispute with the West.

“After Mr. Rouhani became president I think everyone around the world thought Iran has changed,” Manafzadeh said. “They want to come and see what the difference is.”

Many of those working in Iran’s hotel industry feel the upswing in business is well deserved. For hotel porter Jaber it means hauling more luggage and helping tourists get to know the rich culture and hospitality of Iran. “It feels good when they leave and they’re happy — especially when they rave about Iran,” he said.

Iran Destination, Iran Tour Operator, is ready to offer any services to all those who wish to visit Iran. Just take a look at our Iran tours and then feel free to contact our Iran travel agency and talk about anything you like. Our friendly team members are always ready to answer you.