Traditional houses, Kashan : If you know anything about temperament of people living in desert areas you should know they are very warm ,hospitable and truly noble. These people have always showed their mysterious and peaceful nature in architecture ,clothing ,music and art.

In old days when stone and brick of houses where made by heart of people these traditional houses had identity. Their door was open to welcome guests just like Persian saying that The guest is the friend of God. 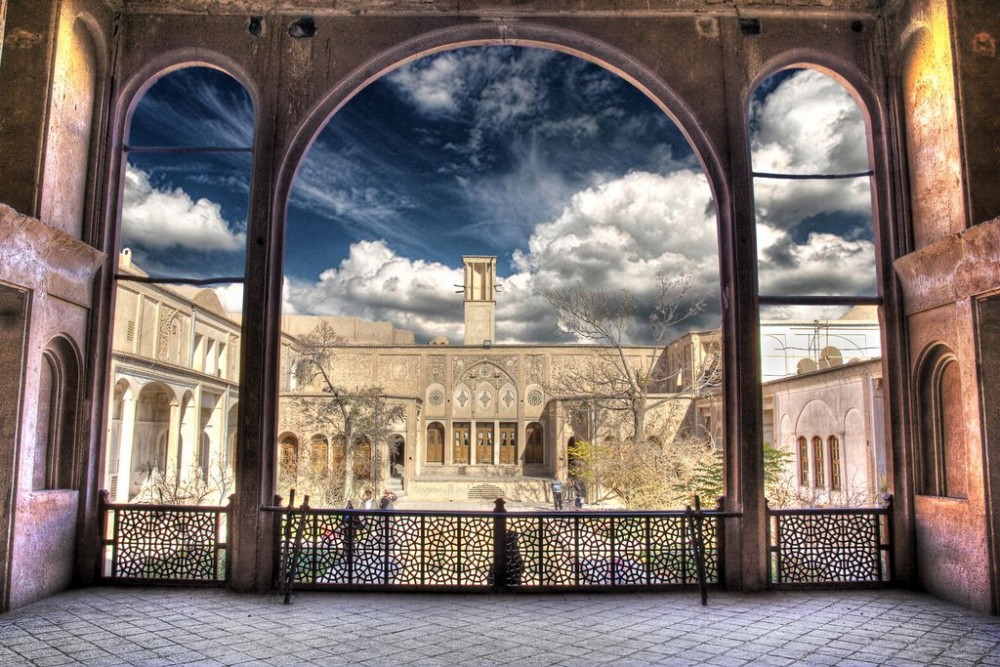 This house is the most famous and beautiful monument in Kashan and one of the masterpieces of Iranian architecture. Almost 186 years have passed since its construction and are located in sultan Amir Mohammad neighborhood and in the old texture of Kashan. The presence of three androni, exterior and crew sections, along with luxurious and magnificent decorations, make this house very special. 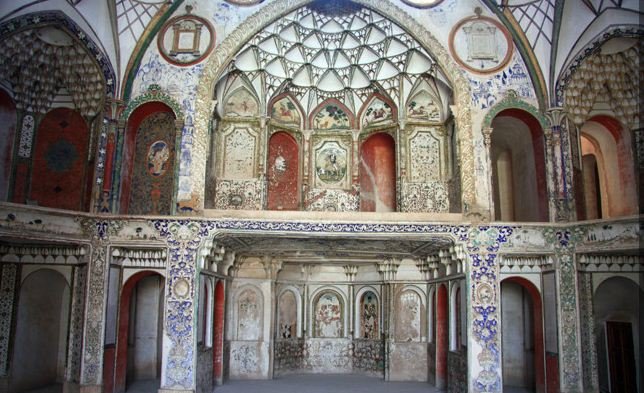 Another beautiful old house of Kashan is Borujerdi house which dates back to Qajar period around 130 years ago. The house is built according to the desert environmental factors and wind catchers are used to make the weather cool and enjoyable in hot summers. Like most of old houses it also has a inner(Andaruni) and outer(Biruni) part. The outer part has an oblong courtyard which has a glorious hall in the southern corner with has beautiful paintings inspired by European culture of that time specially Russian style. The inner part is divided into two sections of Northern and Southern. The southern part has also a courtyard and a mirror ornamented hall. The Northern part has the unique feature of desert house architecture which is cellars and basements keeping the people of house cool from warmth of summer.

This historic house dates back to the late Qajar era and the early Pahlavi era. The monk’s house has parts such as a kingship, an entrance vestibule, a summer porch, a winter porch and a wind catcher. Today, the house is used as a traditional guesthouse. Historical houses of Kashan

This very historic and beautiful house is one of the largest historical houses in Kashan, which today is used as a 5-star guesthouse. The house dates back to the Zandieh era and has 80 rooms and courtyards.

Manouchehri Historical House is one of the historical treasures and traditional architecture of Iran. Today, this house is used as a traditional residence. Historical houses of Kashan

The house is located in the Sultan Amir Ahmad Alley, built in the second half of the 13th/13th century. Having Islamic architecture such as a variety of drawings, yazdibandi and training has made this house one of the most beautiful houses in Kashan. Since 2011, this house has been used as a traditional restaurant and tablecloth. Historical houses of Kashan

Besides the royal house of Kashan there is also a historical house called Noghli (very small) which is the smallest house of Kahsan .It is located in the historical part of Kashan near Aqa Bozorg mosque. Although this house is indeed very small or Persian said Noghli but it had gotten its name from the owner who was called so.

You can visit this place through  Iran tour  offered by Iran Destination, Iran Travel Agent:

Kashan is a touristic city of Iran which has many attractions other than these traditional houses like the famous Fin Complex comprising of garden,museum and bath.

Iran Destination is a well-known Iran Tour Operator which makes you the best trip to Iran. So before you travel to Iran, make sure you visit our Iran Tourism Packages. Please feel free to contact us regarding any issue. Our Iran Travel Agency is ready to help you by any means.