The worlds first christian country ? This Asian country made Christianity its official religion in 301 AD, and this history can still be seen today. 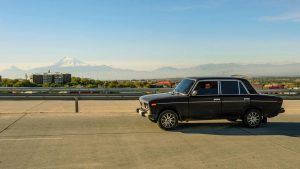 Pious history. Armenia is a small country in south-west Asia with a population of only 3 million people. But it has a sizable place in spiritual history: most historians believe that in 301 AD, it became the first country in the world to adopt Christianity.

Today, around 95% of Armenians are Christian, and the country’s pious history can be traced back through some of its ancient sites and monuments. (Credit: Rodolfo Contreras) 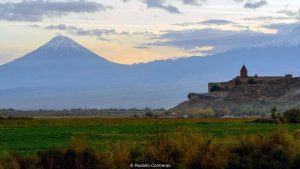 The spiritual leader. According to legend, the first head of the Armenian Apostolic Church was Gregory the Illuminator, son of the nobleman named Anag who assassinated Armenia’s King Khosrov II. Gregory’s father was executed for his crime, but Gregory managed to flee to Cappadocia, where he was raised by bishop St. Firmilian.

As an adult, Gregory returned to his homeland in hopes of converting the Armenian king ‒ and, by extension, the Armenian people ‒ to Christianity. When he learned of Gregory’s homecoming, King Tiridates III, son of the murdered King Khosrov II, had Gregory imprisoned. The king insisted that his prisoner renounce Christianity, but Gregory refused to. After around thirteen years of imprisonment, Gregory had managed to convince Tiridates of the power of faith, converting the king himself into the religion. And so in 301 AD, Tiridates III declared Christianity the state religion of Armenia. (Credit: Rodolfo Contreras) 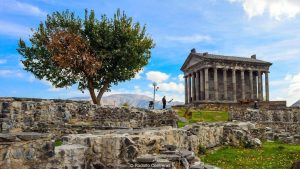 Traces of the past. The fortress of Garni is perched on the edge of a cliff near the Garni village in central Armenia’s Kotayk Province. Built in the 1st Century AD by King Tiridates I, the temple within the fortress predates the spread of Christianity in Armenia and is said to have been built for a sun god in Armenian mythology.
Many Pagan temples were destroyed when King Tiridates III declared Christianity the official state religion, but Garni is one of the few that survived. Today it stands as a symbol of Armenian Neopaganism, and receives more than 136,000 visitors annually, making it one of Armenia’s most popular tourist sites. (Credit: Rodolfo Contreras) 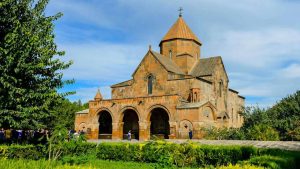 Church of a saint. West of the Armenian capital city of Yerevan is Vagharshapat, a city known as the country’s ‘holy capital’. Located here is St. Gayane Church (pictured); constructed in 630 and now a Unesco World Heritage Site, St. Gayane was built on the site of the execution of Abbess Gayane, who was killed by King Tiridates III for being Christian prior to his own conversion. Gayane was named a saint by the Armenian Church; her grave lies under St. Gayane. (Credit: Rodolfo Contreras) 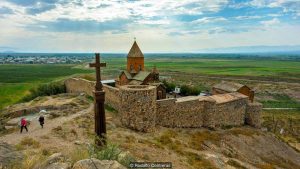 A former dungeonKhor Virap is a monastery located in the Ararat Plain in south-east Armenia, where Tiridates III imprisoned Gregory the Illuminator upon his return.

The chapel of Khor Virap was first built in 642 over the dungeon to honour Gregory, and a larger chapel and monastery were added in 1662. Today, Khor Virap is one of the most visited sites in Armenia. Its chapel is a popular spot for marriages and baptisms. (Credit: Rodolfo Contreras) 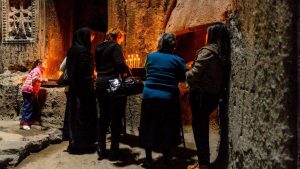 Cave prayersNortheast of Garni is the Monastery of Geghard. A Unesco World Heritage Site, the monastery was first founded in the 4th Century by Gregory the Illuminator following the Christianisation of Armenia, but other structures in the complex date up to the 13th Century. Previously named Airivank, or ‘cave monastery’, some of Geghard’s chambers extend into the adjacent mountain, giving them a cavernous look.

According to the legend, the monastery was named Geghard (which means ‘spear’ in Armenian) around this time, when the spear that allegedly pierced Jesus Christ on the cross was brought to the site. It is said to have been kept in Geghard for 500 years before being taken to Etchmiadzin Cathedral in Vagharshapat, where it remains on display today. (Credit: Rodolfo Contreras) 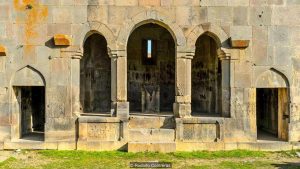 Blessed in warZorats Church in Yeghegis, a town in southern Armenia’s Vayots Dzor Province, was built in the 14th Century, when the country was under Mongol control and at war with the Syrian Mamluks. The church consists only of an elevated altar and two side vestries. Due to the altar’s height, historians believe the church was used to bless Armenian soldiers mounted on their horses before they left for combat. (Credit: Rodolfo Contreras) 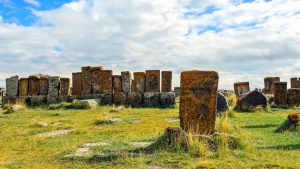 Cemetery of salvationKhachkars, or stones carved with crosses and floral motifs, were primarily seen as a symbol of salvation of the soul, either living or deceased. First created around the 9th Century, khachkars were often erected in converted Pagan temples as symbols of a new faith. Today, these stones are part of the Unesco list of Intangible Cultural Heritage.

Noratus Cemetery (pictured) in Gegharkunik Province has the largest existing cluster of khachkars in the country: more than 800 stones, each with a unique design. The khachkars in Noratus are some of the earliest existing examples of the art, with some of them dating back to the 10th Century. (Credit: Rodolfo Contreras) 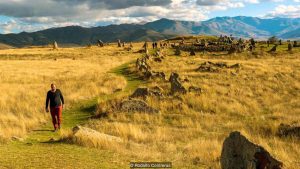 An ancient graveyardComparable in age and appearance to England’s Stonehenge, Karahunj is located in Armenia’s Syunik Province, south of Yerevan. It covers an area of approximately 7 hectares and consists of tombs, a central ring and rows of megaliths that could date back 7,000 years.

Historians believe Karahunj served as a prehistoric burial ground, as it was common for the dead to be buried in cists and covered with slabs of stone during the Bronze Age. The ring of megaliths has a diameter of up to 45m, with rocks as tall as 2.8m weighing up to 10 tonnes. Around a third of the 223 stones on the site have small, circular holes cutting through the rock, which some scientists believe could have been created for astronomical observation, which would likely make Karahunj the world’s oldest observatory. (Credit: Rodolfo Contreras)

CORRECTION: An earlier version of this story incorrectly stated that Armenia is in Europe. The text has been update to state that it’s in Asia.