Despite fetching thousands of euros a kilo, the white truffle comes with a dirty secret: many labelled as ‘Tartufi d’Alba’ (from Alba, Italy) actually came from Istria in Croatia.

Towards the end of my meal, the waiter put a plaster cast of a human brain on my table and walked away. I picked it up and, like a simian seeing a foreign object for the first time, began examining it from every angle. It turned out, this was no brain: it was a replica of the world’s largest white truffle.

It wasn’t found in Alba, the Italian town many people associate with this delicious subterranean fungus. On 2 November 1999, a truffle hunter in Istria (the north-west swath of Croatia) named Giancarlo Zigante and his devoted dog, Diana, unearthed this 1.3kg heavenly hunk of temptation. Soon after, it was recognised by the Guinness Book of World Records as the biggest white truffle ever found (at the time).

Today, visitors to Istria can indulge in all things truffles, particularly at Restaurant Zigante (founded by Zigante in 2002 in the small town of Livade after his find led to foodie fame) where I was shown the replica of the legendary record-breaking tuber magnatum, as white truffles are called in scientific terms. Visitors can also accompany Istrian truffle hunters (and their dogs) on a hunt and then indulge in a lavish truffle-sprinkled meal afterward – which is what I did on a recent visit to Istria. 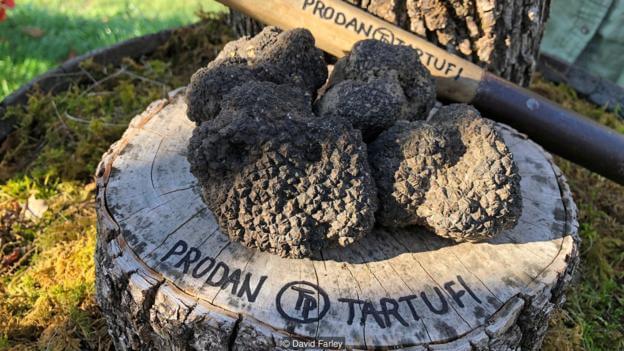 Within minutes of turning up at Prodan Tartufi, near the hilltop town of Buzet, truffle hunter Višnja Prodan whisked me out to the forests with her dogs, Mel and Piko, both medium-sized mixed terriers. It didn’t take long before Mel was digging in the dirt. Prodan scurried over and pulled out a white truffle the size of a golf ball. Mel was rewarded with a treat and the hunt went on.

“Sometimes the dogs will go to the same places for eight or nine weeks and won’t find anything,” Prodan said. “But then on the 10th week, they’ll locate a nice white truffle. The reason for this is that the truffle wasn’t ready yet and didn’t emit its smell that the dogs picked up.”
According to the few truffle hunters I’ve talked to, sows are actually better truffle hunters than dogs, but dogs can be more easily trained not to eat the truffle they find. Prodan told me the reason for porcine superiority is that the truffle contains the steroidal pheromone androstenone, which also happens to be produced in the saliva of male pigs. Thus, female pigs, particularly when they’re in heat, go hog-wild when they pick up the scent of a truffle.

My visit to Istria was timed perfectly. It was autumn and thus the season for white truffles, which are more pungent, flavourful and expensive than other truffles. Different variations of black truffles, for instance, are more readily available throughout the year, and in many more parts of the planet (including China) – but it’s white truffle season that especially gets gourmands salivating and truffle hunters’ bank balances swelling. The price for white truffles fluctuates, but reportedly reached €4,500 per kilogram in 2017. 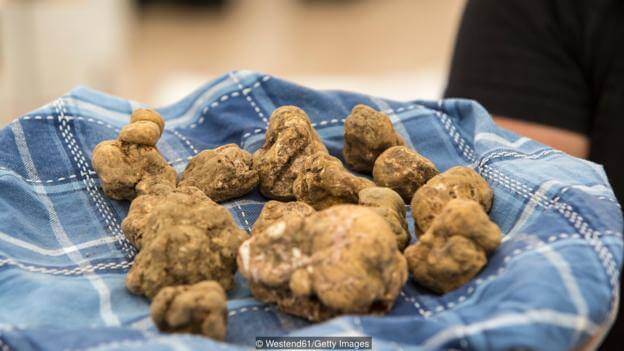 There once was a time when white truffle foraging was mostly limited to the forests around Alba in Italy’s Piedmont region, about 600km west of Istria. Like what beer is to Bavaria or mustard is to Dijon, white truffles became so synonymous with Alba that they are sometimes called Alba truffles, even if they don’t come from there.

However, things began to shift in the mid-1960s when Ivan Rašpolić, who happens to be Prodan’s grandfather, stumbled upon a pungent morsel in the Istrian earth. “The locals just thought they were ‘stinky potatoes’,” said Prodan, a third-generation truffle hunter. “So they fed them to their pigs.”

But that’s when something interesting happened. Italians – from Alba, no less – having heard of this ‘pig food’ in Istria began turning up with a keen interest in these ‘stinky potatoes’. “They said to my grandfather and others here that if we give them these things we found in the ground, they’ll trade us Italian foodstuffs, things we couldn’t get under the then-socialist economy of Yugoslavia,” Prodan said. It was a deal. The Istrians got Italian food products, and the Italians spirited prized white truffles back across the border. This went on for decades.

And so herein lies the dirty secret of white truffles: many of the white truffles that, for years, were labelled ‘Tartufi d’Alba’ (Truffles from Alba) were actually from Istria. There was little motivation for Istrians to market their region as a truffle paradise because hunters were being comfortably compensated by the Italians (later the foodstuff trade evolved to actual money). 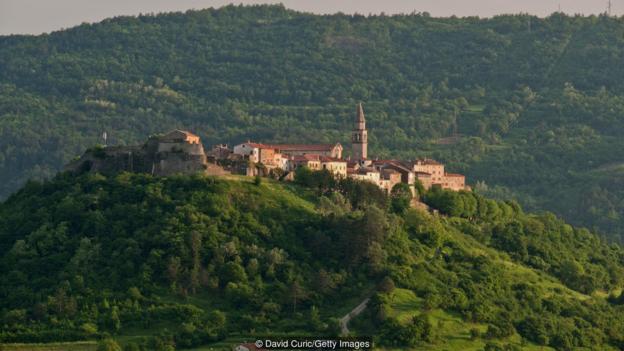 All that changed when Zigante found that enormous earthnut in 1999. “He did something smart,” Prodan told me. “Instead of selling it for thousands of dollars, he made a huge dinner for locals. But he also invited members of the press and even the president of Croatia.” As a result, the discovery and subsequent dinner got a lot of attention. And suddenly the secret was out: Istria would be added to the extremely short list of places where one can unearth white truffles. Today, in addition to the guided truffle hunting tours, Istria restaurant menus are sprinkled with truffle-loaded dishes and gourmet shops sell truffles and truffle-spiked food products.

Truffles have been the object of the gourmand’s eye (and taste buds) for millennia. Ancient Roman aristocrats would often shower guests with the delicacies at lavish banquets. They were viewed as an aphrodisiac because of their association with the god Jupiter, who had a reputation for his divine bedroom prowess. Which is probably why in the Middle Ages, the church discouraged the consumption of these earth fruits, labelling them as ‘devilish’. For nearly a millennium in Europe, truffles mostly were a staple for peasants, but as the centuries went on, they found their place back on the plate of the well-heeled. One thing that never waned, however, was the truffle’s reputation as a sexual stimulant. Nineteenth-Century French writer Alexandre Dumas said they were the “holy of holies for the gourmet”, adding that they made “women more tender and men more lovable”.

till, though, it was French black truffles, not their underground brethren from Italy or elsewhere, that were the glimmer in the eye (and stomach) of gourmands. However, things quickly changed in the middle of the 20th Century when Giacomo Morra, Italian founder of a Piedmont company that sold white truffles, began sending out samples to celebrities and VIPs. Winston Churchill got some. So did Rita Hayworth, Joe DiMaggio and Marilyn Monroe. Pope Paul VI got a goodie box as did Ethiopian emperor Haile Selassie. Nearly every haute eatery in Europe and North America received a package of truffles from Alba to try out. And then suddenly the white truffle of Alba was the truffle.

And now we know that some of those prized truffles from Alba were actually ‘stinky potatoes’ from Istria. 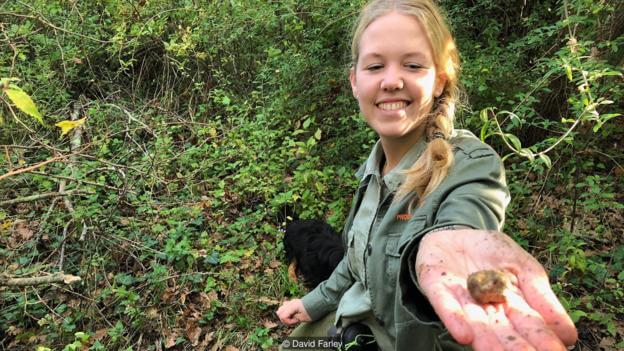 Once back from our hunt, the Prodan family used the truffles we found – the golf ball-sized white truffle and a larger black truffle – to create a meal. Black truffles, the subtler variety, are generally cooked with a dish (say a pasta sauce or shaved into a pan of scrambled eggs) while white truffles are so aromatic they often get grated onto food right at the dinner table. White truffle-topped bruschetta came first. Then came plates of truffle-infused cheese and sausage with sides of truffle-spiked jam.

The key to cooking with truffles,” Prodan said, “is that the truffle has to be king of the dish. No other flavours should overwhelm it.” As she finished the sentence, the piece de resistance arrived: scrambled eggs cooked with black truffles and sprinkled with white. The musky, earthy flavour was king, prince, boss and president all in one.

I picked up the white truffle and the shaving board and, just because I could, shaved a few more grams of the pricey fungus onto my scrambled eggs.