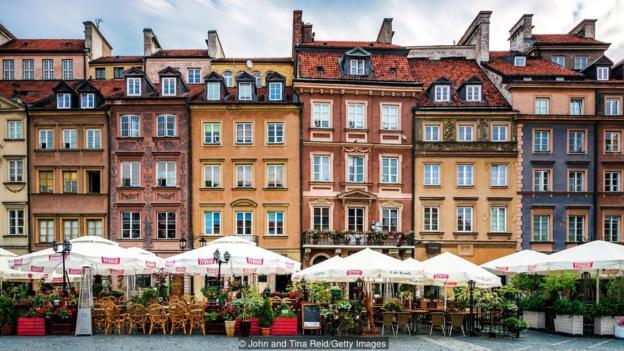 For many Warsaw residents, the city’s true appeal doesn’t lie in exteriors at all, but in its energetic inner life. “When I was moving to Warsaw, I wasn’t sure how I would find myself in a new home,” said Karolina Lyzwa, an Intrepid Travel Urban Adventures tour leader who moved from Łódź in central Poland. “Everything became simple after a sunny, summer season when I spent a lot of time on my bike, observing the vibrant life from the little cafes, relaxing on the Wisla [Vistula] riverbank, and reading about both the harsh and flourishing times of this astonishing city.”

Long-term residents agree that Warsaw is a city where a little exploring – and a lot of patience – pays off.

Why do people love it?

Poland’s capital is full of surprises in unexpected places. “I discovered a skiing station in the middle of the city, a tropical beach on the Vistula River and a deer freely living in the Łazienki Park,” said French-Russian Sasha Naslin, who moved here from Belgium three years ago and blogs at The Alternative Travel Guide. “I was lucky to see him only the once!”

Split by the Vistula River, the city doesn’t have a specific city centre but rather two sides with differing personalities. “The west bank is full of glam, bustling with a lively nightlife scene, while the east bank has been rediscovered by artists, offering an authentic atmosphere with attractions off the beaten track,” Lyzwa said. 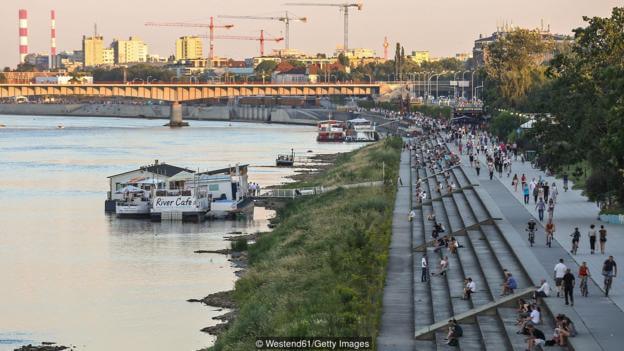 Naslin loves exploring the Bohemian Praga districts on the eastside riverbank, with its alternative bars, theatres and street art.
Residents especially appreciate the ‘human-sized’ city, which makes it manageable and approachable for newcomers. “Each [of the 18] districts has a local fresh food market, a park with plenty of activities in the summertime, local bars and places to discover new artists,” Lyzwa said.

Warsaw pulses with an energy that comes from its constant state of reinvention and the physical rebuilding that is still ongoing in the city. “Kraków has bars that have been bars since the 15th Century, while Warsaw has seen whole nightlife districts come and go over the past decade,” Espino said. That dynamism mixed with a chip-on-the shoulder rivalry with neighbouring, more traditionally ‘tourist-friendly’ cities (Prague in particular) creates a unique energy that Espino compares to Beijing, “just on a manageable scale”.

The first thing new residents need to learn is how get around on the chaotic streets. “Life is fast in Warsaw. You have to learn how to drive like nowhere else in Poland,” Lyzwa said. “You have to be dynamic, using all opportunities to squeeze in and making fast decisions while changing lanes.” 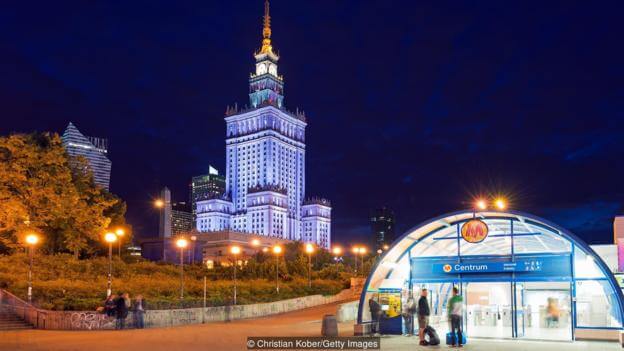 For those who want to skip the chaos, the relatively new Metro offers a respite. “Traffic sucks, so I stick to the Metro, which is still in its infancy but pretty good, and I avoid rush hour,” Espino said. Public transportation is quite affordable, costing 69% less than in London according to price-compare site Expatistan.com.

In fact, residents rave about how much more affordable the city is compared to other European capitals, with housing costing around 60% less and food costing half what it would in London or Paris.

What else do I need to know?

New expats should start their tenure here in spring or summer, according to locals. “The winters are grey and the days are short, both which are worse than the cold,” Espino said. Moving in the nicer, sunnier months can make that first adjustment a bit easier.

Being happy in Warsaw depends on making local friends, and accessible online and offline social groups and activities facilitate these connections. “Join a group, a running club, rowing club, drinking club, whatever,” Espino advised. One place to start is a vodka tasting tour or the Pub Crawl Warsaw. With records showing the spirit originating in Poland as far back as the 8th Century, vodka has its own cultural importance here. Learning how to drink it correctly – with others, and straight up, not as part of a cocktail – can be the first step in fitting in with the locals. 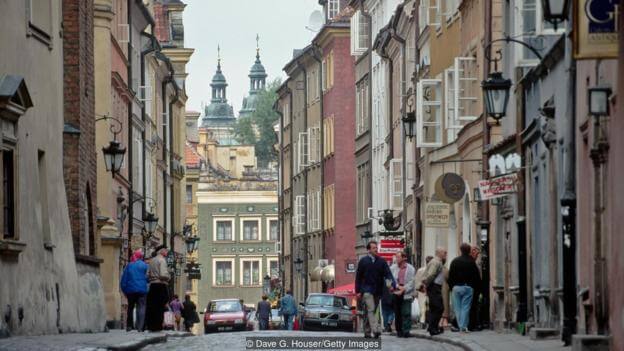 Many people speak fluent English in Warsaw, so it’s easy to get around as a new Anglophone expat, but residents stress the importance of learning Polish to truly engage with Varsovians, the name for Warsaw locals.
“Poles are different people in English than they are in Polish,” said Espino. “They are much more reserved in English, since it’s a language they use for business, and can’t be bothered to socialise in it.”

But making that investment is worth it to uncover the history and energy within Warsaw. “The spirit of the city hides in stories,” Lyzwa said. “So make friends with Varsovians and let them take you where they like to go.”