The archaeological site of Takht-e Soleyman, in north-western Iran, is situated in a valley set in a volcanic mountain region. Takht-e Soleyman is the holiest shrine of Zoroastrianism and the most important relic of the former Sassanid Empire. 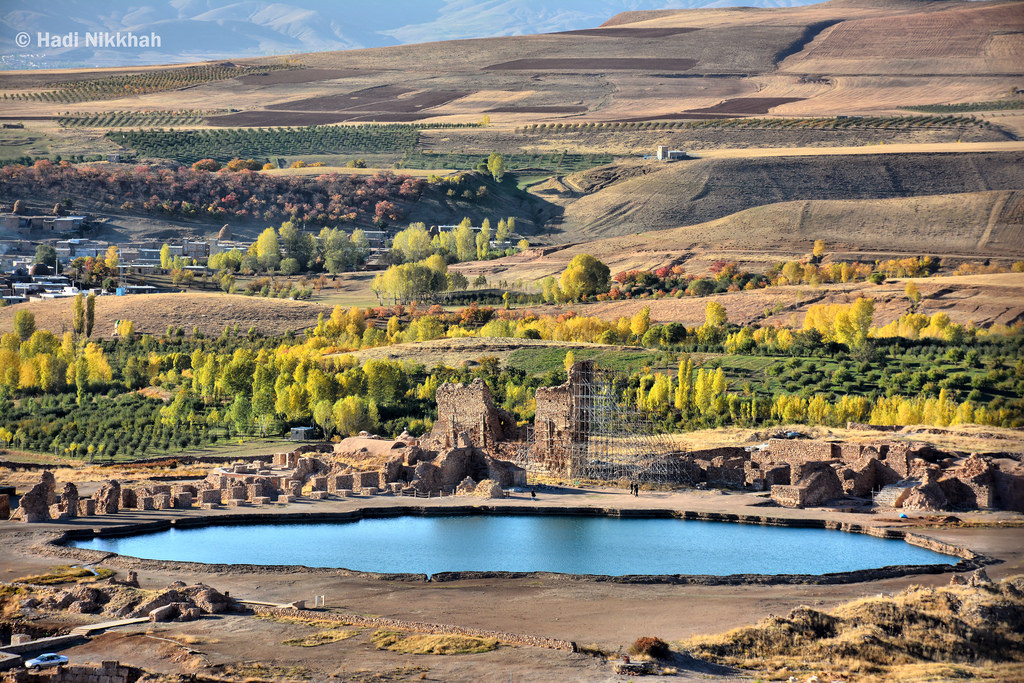 Registered in UNESCO,  The archaeological site dates from the 6th century. It was partially rebuilt during the Ilkhanid period (13th-14th century): they added new constructions and reused the site as a palace.

The  archaeological site officially comprises one location, but there are 6 sub-locations such Takht-e Soleyman with its fire temple and Anahita temple, the small hill Zendan-e Suleiman (‘Solomon’s prison’), a mountain to the east that served as quarry for the construction of the site.

The area surrounding Takht-e Soleyman was probably first inhabited sometime in the 1st millennium bce. Some construction on the mound itself dates from the early Achaemenian dynasty (559–330 BC), and there are traces of settlement activity from the Parthian period. 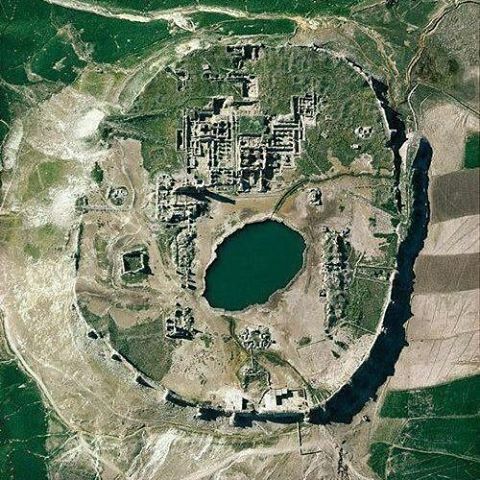 However, At some point during its occupation—probably sometime during the Sasanian dynasty, was constructed around the entire perimeter of the mound. Gates are located on the north, south, and southeast sections of the wall.

An artesian lake and a volcano are essential elements of Takht-e Soleyman. At the site’s heart is a fortified oval platform rising about 60 metres above the surrounding plain. On this platform is an artesian lake, a Zoroastrian fire temple, a temple dedicated to Anahita (the divinity of the waters), and a Sasanian royal sanctuary. 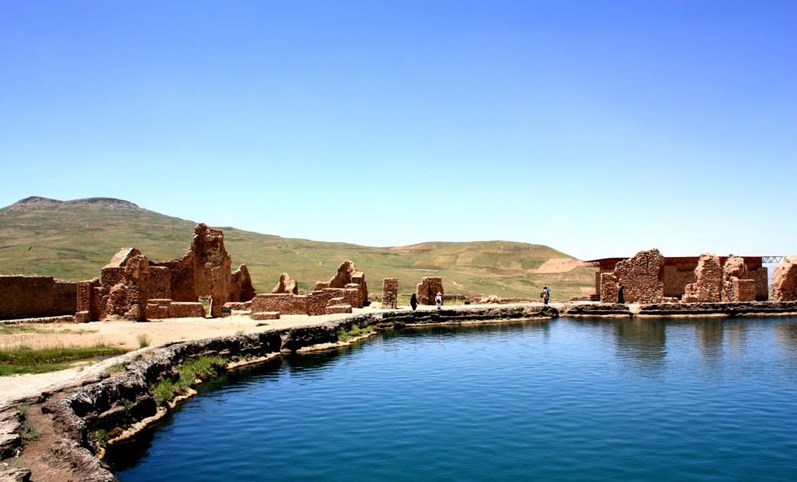 The lake by side the ancient ruins

This site was destroyed at the end of the Sasanian era, but was revived and partly rebuilt in the 13th century. About three kilometers west is an ancient volcano, Zendan-e Soleyman, which rises about 100 m above its surroundings. At its summit, in view of archaeological points, are the remains of shrines and temples dating from the first millennium BC.

The ancient deep lake is surrounded by ruins

The site also has many important symbolic relationships, being associated with beliefs much older than Zoroastrianism as well as with significant biblical figures and legends.

Iran Destination offers a variety of Tours to help you to explore The  archaeological site as easy as possible.  By contact to our experienced and skilled tour operators, we’d help you to visit Takht-e-Solyman according to your budget and time. Don’t hesitate to contact us!