The Lost Churches in Iran

The Lost Churches in Iran

The majority of historical churches in Iran that possess historical and artistic value were built around the eight century A.H. or the 14th century AD, and the period thereafter. However, this does not mean that there were no churches existing in the country before that period.

During the reign of Shah Abbas, the Safavid king, his sagacious policies caused a sizable number of Armenians from Armenia and Azerbaijan to transfer and settle in Isfahan and other regions of Iran. A place called Jolfa was built at the banks of the Zayande-rud River in Isfahan and became the residence of these migrating people. Consequently, churches were erected in that town. Meanwhile, after a short lapse of time, some Armenians moved to Gilan and some resided in Shiraz. 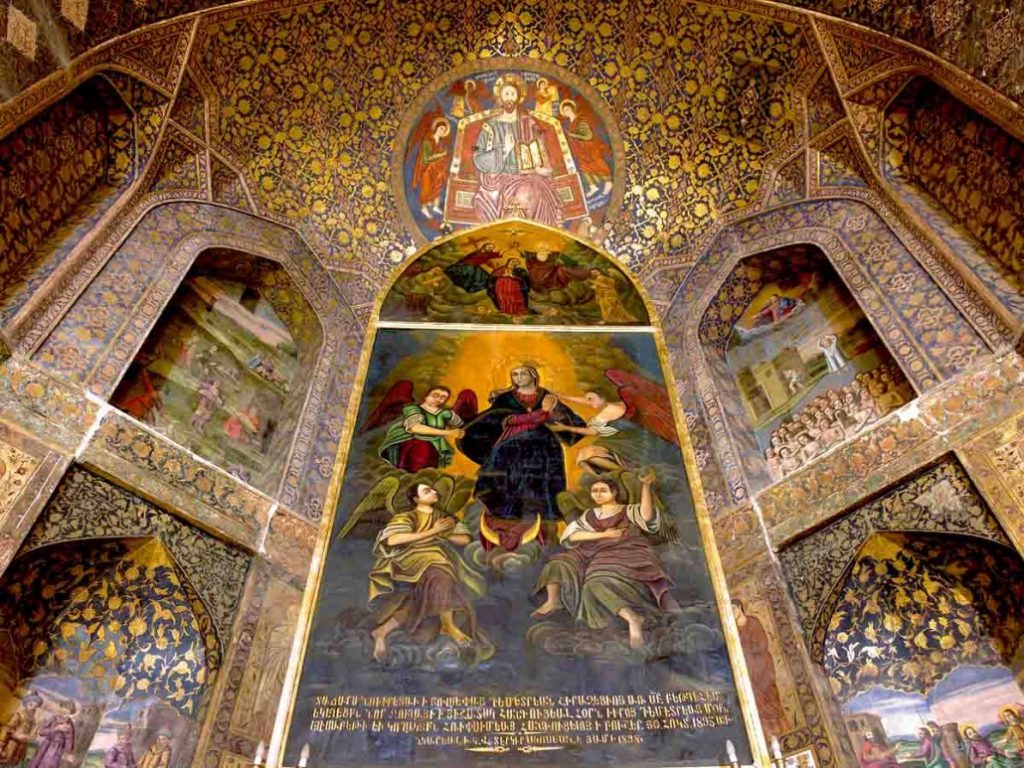 The lost churches of Iran, Saint Mary Church of Tabriz

The influx of many Europeans during the reign of the Qajars led to the flourishing of other churches, in addition to those that were constructed previously. A number of these edifices have lasted and acquired architectural and artistic significance.

Azarbaijan is host to the oldest churches in Iran. Among the most significant are the Tatavous Vank (St. Tatavous Cathedral), which is also called the Ghara Kelissa (the black monastery). This is located at the Siahcheshmeh (Ghara-Eini) border area south of Makou. There is also the church known as Saint Stepanous, which stands 24 kilometers south of Azarbaijan’s Jolfa town. 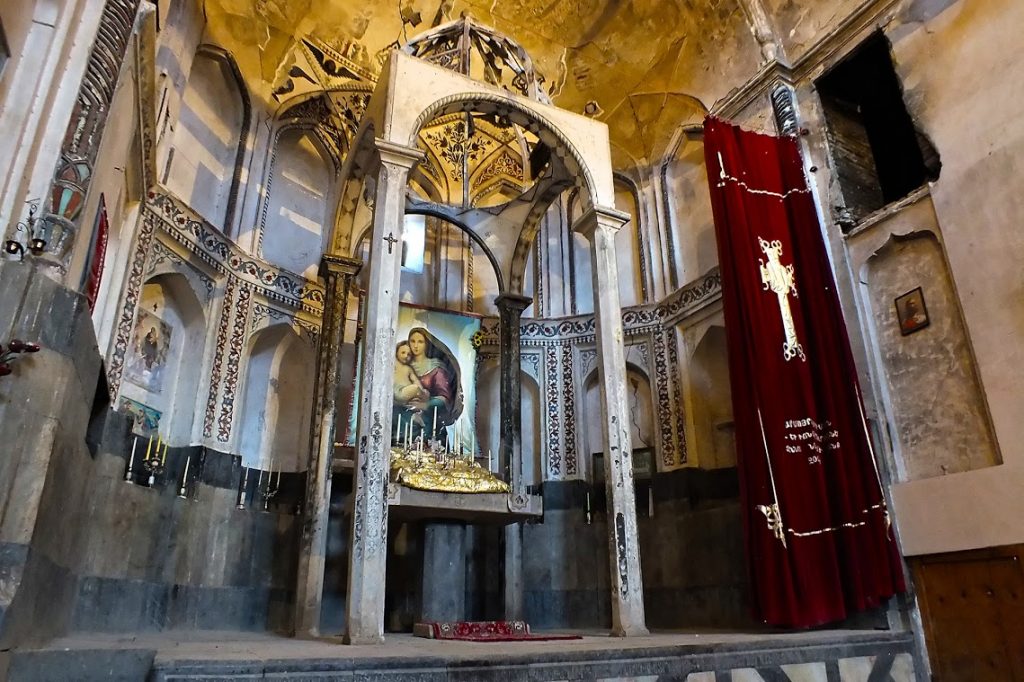 Another one, Saint Stepanos Monastery was built in the sixth century A.H. (12th century AD) and in his travel chronicles, Marco Polo, the famous Venetian traveler who lived during the eight century A.H. (14th century AD), referred to this church on his way to China. For so many years, Saint Mary’s served as the seat of the Azarbaijan Armenian Archbishop. It is a handsomely built edifice, with different annex buildings sprawled on a large area. A board of Armenian peers is governing the well- attended church. 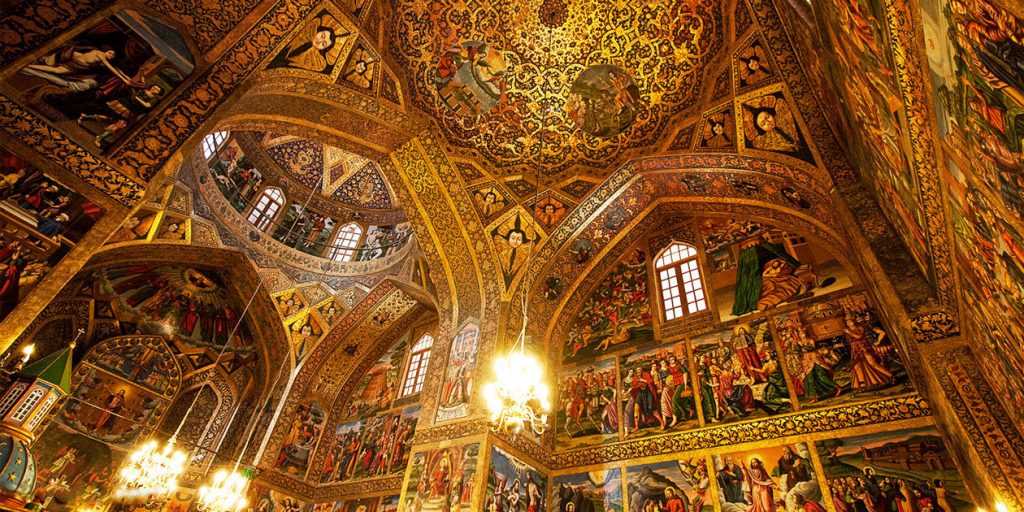 Aside from the above three churches, there are others in Azarbaijan such as the old church built in the eight century A.H. at Modjanbar village, which is some 50 kilometers from Tabriz. Another one is the large Saint Sarkis church, situated in Khoy; this building has survived from the time of Shah Abbas the Second (12th century A.H.). During the reign of the said Safavid king, another edifice called the Saint Gevorg (Saint George) church was constructed, using marble stones and designed with a large dome, at Haft Van village near Shapur (Salmas). A church, also with a huge dome, likewise stands at Derishk village in the vicinity of Shapur, in Azarbaijan.

Iran Destination– a well-known travel agency – provide the best daily and multi-days tour for different churches of Iran. By contact to our experienced and skilled tour operators, we’d help you to visit the churches given to your budget and time. Don’t hesitate to contact us!