It was one of the shortest train rides I had ever taken: just seven minutes and one stop from the Swiss city of Neuchâtel. Yet when I disembarked in the small town of Erlach, everything seemed, somehow, different. Multilingualism is to Switzerland what politeness is to the British or style to the Italians: a deep source of national pride.

At first, I couldn’t put my finger on it. Something about the architecture perhaps? People’s body language? Even the air, crisp and ridiculously fresh in that distinctively Swiss way, felt somehow changed.

I walked for a while, befuddled. I was still in Switzerland, that much I knew. I had not crossed any international border. Then I glanced at a street sign, and I knew. I had unknowingly crossed the Röstigraben, the amusing term for the invisible line separating German- and French-speaking Switzerland. 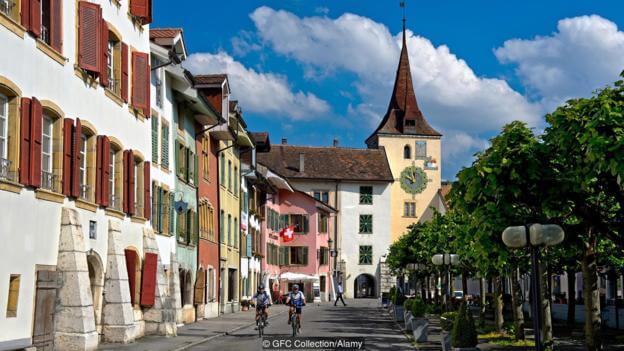 Röstigraben means literally ‘rösti ditch’ or ‘rösti trench’ (in French, it’s rideau de rösti, or rösti curtain). The term dates to World War I, when Switzerland’s loyalties were divided along linguistic lines. Rösti is a traditional Swiss-German meal consisting of pan-fried potatoes, and, well, more potatoes, sometimes with bacon, onion and cheese. Geographically, the Röstigraben roughly follows the Saane river (Sarine in French). You won’t find it on any map, though. It is a border of the mind, albeit one imprinted on the Swiss mind from a young age.

Like other types of borders, the Röstigraben is not crossed lightly or unwittingly, except by foreigners like myself. Nearly half of all German-speaking Swiss cross the divide only once a year, and 15% have never crossed it, according to a recent survey conducted by the research institute Sotomo on behalf of telecommunications company Swisscom. Crossing the Röstigraben “seems more like temporarily emigrating to a dangerous place, where you will not understand what people say,” Swiss non-profit executive Manuela Bianchi, told me, only half joking.

Her story is typically Swiss, which is to say not typical at all. With an Italian-speaking father and a German-speaking mother, she grew up speaking both languages at home, adding French, as well as English, at school. Yes, Switzerland’s multilingualism can be burdensome at times – most food products list the ingredients in three languages – but overall she considers it “a wonderful blessing”. Multilingualism is to Switzerland what politeness is to the British or style to the Italians: a deep source of national pride. It is, though, in typical Swiss fashion, an understated pride. It is considered ‘un-Swiss’ to brag about one’s linguistic abilities, or anything else for that matter. 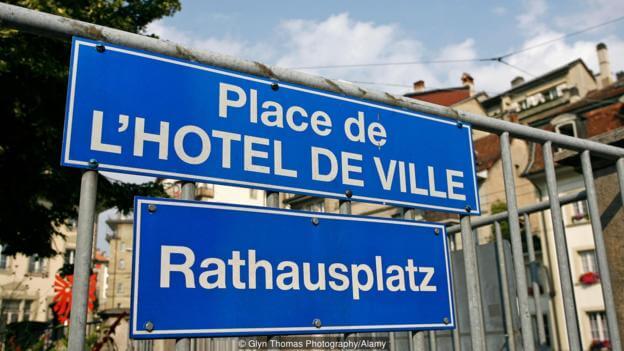 Think of a border, and what usually springs to mind is a political demarcation – a hard line, maybe even a wall, separating two nation-states. That is one type of border. But there are others: cultural borders; linguistic borders; borders of the mind. No-one knows this better than the Swiss. Theirs is a mishmash of languages and cultures that, miraculously, holds together, and, like everything else in Switzerland, functions perfectly, or nearly so.

Switzerland suffers from few of the linguistic fissures that bedevil other multilingual nations, such as Belgium and Canada. How do they do it?

Money certainly helps. Switzerland is one of the world’s wealthiest nations with a long tradition of democratic rule: a special brand of democracy with numerous referenda and a federation of highly autonomous cantons, or provinces. They’re all held together in what the Swiss call ‘Willensnation’. It literally means a ‘nation by will’, but in Switzerland the word takes on a special significance, conveying ‘a nation born with the desire to live together’. 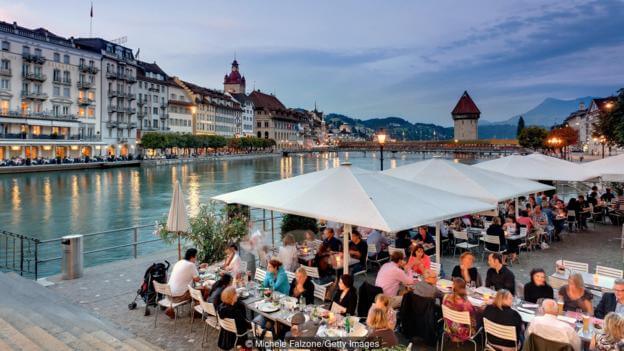 History, as usual, also explains a lot. Switzerland’s multilingualism dates back many centuries, well before today’s unified nation existed. The region lay at the crossroads of several linguistic groups, the mountainous terrain forming natural barriers between them. As far back as 7,000 years ago, Switzerland was “in the middle of everything, and at the margin of it all,” according to Laurent Flutsch, museum curator at the Vindonissa Archaeological Museum in Brugg, who recently spearheaded an exhibit called Röstigraben – How Switzerland holds together. When modern Switzerland was formed in 1848, the linguistic borders were already set.

here are four official Swiss languages: German, French, Italian and Romansh, an indigenous language with limited status that’s similar to Latin and spoken today by only a handful of Swiss. A fifth language, English, is increasingly used to bridge the linguistic divide. In a recent survey by Pro Linguis, three quarters of those queried said they use English at least three times per week.

In polyglot Switzerland, even linguistic divisions are divided. People in the German-speaking cantons speak Swiss-German at home but learn standard German in school. The Italian spoken in the Ticino canton is peppered with words borrowed from German and French. 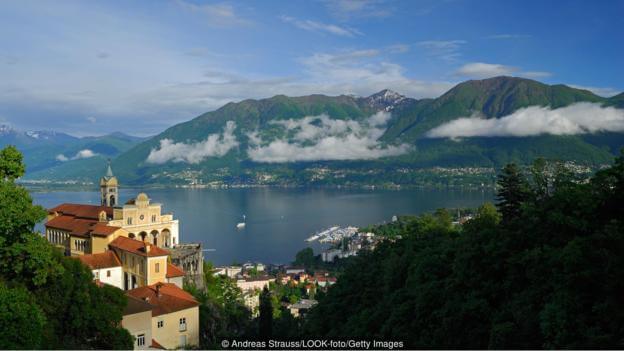 Language may not be destiny, but it does determine much more than the words we speak. Language drives culture, and culture drives life. In that sense, the Röstigraben is as much a cultural border as a linguistic one. Life on either side of the divide unfolds at a different pace, Bianchi explained. “[In my opinion] French speakers are more laid-back. A glass of white wine for lunch on a workday is still rather usual. German speakers have little sense of humour, and follow rules beyond the rigidity of the Japanese.”

The cultural divide between Italian-speaking Switzerland and the rest of the country – a divide marked by the so-called Polentagraben – is even sharper. Italian-speakers are a distinct minority, accounting for only 8% of the population and living mostly in the far southern canton of Ticino. “When I first moved here, people told me, ‘Ticino is just like Italy except everything works’, and I think that’s true,” said Paulo Goncalves, a Brazilian academic who has been living in Ticino for the past decade.

Coming from a nation with one official spoken language, Goncalves marvels at how the Swiss juggle four. “It is quite remarkable how they manage to get along,” he said, recalling going to a conference attended by people who spoke French, German, Italian and English. “You had presentations being given in four different languages in the same conference hall.”

Living in such a multilingual environment “really reshapes how I see the world and imagine the possibilities,” Goncalves said. “I am a significantly different person than I was 10 years ago.” 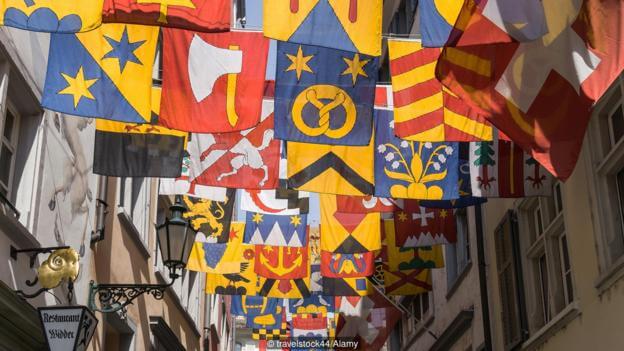 Switzerland’s languages are not evenly distributed. Of the country’s 26 cantons, most – 17 – are German speaking, while four are French and one Italian. (Three cantons are bilingual and one, Grisons, trilingual.) A majority of Swiss, 63%, speak German as their first language.

Much of what the world associates with ‘Swissness’, traits such as punctuality and discretion, are, in fact, Swiss-German traits. Swiss-German language and culture tend to dominate, especially in the world of business. That is the source of some friction, said Christophe Büchi, author of a book about the history of Switzerland’s invisible linguistic borders. “But the pragmatism that drives Swiss politics can deal with this.”