You should always arrive in Rotterdam by train. That way, as you leave the station, you can turn around, as I did last month, put your bag down and look back at one of the most joyful buildings in the world. It’s the most exuberantly designed transportation hub since architect Eero Saarinen’s TWA Flight Center at Idlewild Airport (later renamed JFK). Rotterdam Station soars, ignoring gravity, a balletic leap captured in steel, glass and wood.

This is the architectural test kitchen of Europe

In any other city it would be a centrepiece, probably an anomaly, like Bilbao’s Guggenheim or Toronto’s City Hall. But in Rotterdam, it fits right in. This is a city of wild experimentation, the architectural test kitchen of Europe, a post-war Dubai or Doha, but done better. Instead of being thrown up by a single generation of wealthy people looking to make a global reputation, Rotterdam has evolved over three quarters of a century in response to the developing needs of its people and the times they have lived in. It’s a liveable, walkable, bikeable city. But it’s managed, like those Gulf state insta-cities, to impress at every turn, not with two or three standout buildings – a Transamerica Pyramid here, a Walt Disney Concert Hall there ­– but dozens.

At 1:28pm on 14 May 1940, a sinister apian buzz could be heard on the streets of the Dutch city, coming from the east. It was a sound they’d been dreading. Within a minute, the swarm was directly over Amsterdam’s twin sister with its own canals and ancient skinny timber and brick houses. Rotterdam was the industrial engine of the Netherlands and the world’s biggest port.

Fifteen minutes later, the planes turned back, leaving the city in flames that burnt for six days until there was nothing left to burn: 250 hectares, 25,000 homes, 11,000 commercial buildings in ashes. Rotterdam was gone.

Nearly gone. The fires weren’t even out by the time city officials met on 18 May to decide what to do next. Though the walls had mostly collapsed, there was more than enough to rebuild. It was the logical choice. It was a choice that Coventry, Warsaw and scores of German towns and cities would make over the coming years, putting Humpty Dumpty together again, piece by historically accurate piece, until a post-war visitor walking through the medievally narrow streets might never know.

Though there must have been some debate and some impassioned pleas to restore this 14th-Century city to something that could provide some sense of comfort and stability to generations of families, the decision that came out of that meeting was to bulldoze it all and start again. The city architect, Willem Witteveen, immediately started working on a plan. It would be new, but monumental and grand.

Then something even more remarkable happened. In 1944, when the city was still under German occupation but with an end in sight, industrialist Cees van der Leeuw called another meeting, this time in relative secret, in the tea room perched like a fascinator on top of his Van Nelle coffee, tea and tobacco factory. The factory was the city’s first modern architectural masterpiece (Le Corbusier called it ‘the most beautiful spectacle of the modern age’) and it was far enough from the centre to have been untouched by the war. There was an opportunity, van der Leeuw said. 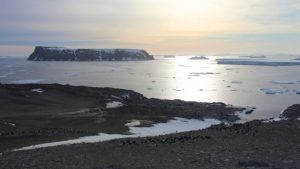 “These captains of industry thought it was better to have more flexibility than Witteveen,” explained Rotterdam architectural historian Michelle Provoost, pointing out that this business-led modernisation had started in the city even before the war, with buildings like Café Unie (destroyed and since rebuilt). “His plan was seen as too strict.” Witteveen wasn’t thinking big enough or modern enough for the businessmen or the German occupiers, who liked the idea of a blank slate to build a new, Reich-inspired city (which never got off the ground).

This was the moment the new Rotterdam – the most architecturally serious, intense, playful, jubilant city in the world – was born. 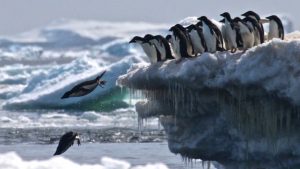 When you’re done gazing at Rotterdam Station, hop on one of the trams to Blaak station to get the full impact of the city. Walking out from under the subway station’s suspended peacock tail awning, you’ll see two masterpieces of late 20th- and early 21th-Century architecture. On your right are Piet Blom’s Kubuswoningen (1980-84), 39 cube houses, each balancing on its vertex atop its own stem, making for something that looks like a concrete forest. To the left is the Markthal (MVRDV, 2014), a massive horseshoe-shaped market with apartments and condominiums built into the sides. Inside is a mix of things to buy and things to eat (so much stroopwaffel). In addition to being iconic – the shape is simple but utterly unique – it is the logical evolution of the city marketplace where people can meet, eat and live. 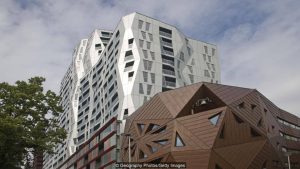 Rotterdam is the most architecturally serious, intense, playful, jubilant city in the world

But what’s best about Rotterdam is what you see between the showpieces. Turn back around towards the tram stop and you’ll see Blaak 8 (Group A architects, 2012). It’s just an office building. It really doesn’t need to be as cool as it is, but look at its trapezoidal windows, its shape shifting every few floors. And over to your right, another office building, Blaak 31, has an Italian restaurant on the ground floor before it rises in three storey-high steps for no particular reason. The tax company that occupies much of it just announced that they’re building new headquarters in the shape of an hourglass; once again, just because.

Usually when I travel, I pick hotels based on location, history or amenities. In Rotterdam, I pick them for the architecture. For my first trip a couple of years ago, I stayed at Citizen M, part of a European chain of high-design, low-amenity hotels, this one low and flat, looking like something between a warehouse, a 1970s elementary school and a Mies ottoman. This time I stayed my first night in the Marriott in the Millennium Tower (WZMH, 2000), a late nod to postmodernism next to Rotterdam Station. My second night was in the city’s newest accommodation, a one-room hotel called the Wikkelboat. This floating room, moored in a marina, is made of 24 layers of wrapped cardboard, complete with deck and barbeque. It bobs under the Red Apple (KCAP, 2009), a cantilevered multi-use complex made with anodised aluminium that reddens naturally over time. 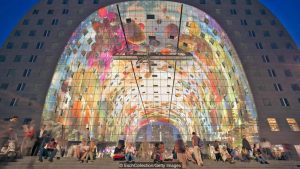 Rotterdam loves its buildings like Santa Monica loves its beaches. The best cafe space in town, the bottom floor of a post-war Bauhaus brick building with a glorious corner curve, is called the Dudok, named for its architect. Hugh, the bar and nightclub at the high-Modernist Hilton (1962), is named for Hugh Maaskant, the city’s premier post-war architect (who also did the Euromast, the city’s big tower).

Rotterdam is like Disneyland for architecture geeks. But it may be even more fun for the rest of us, who don’t usually pay attention to the buildings we work, play and live in, and who’ll go home and wonder why our cities can’t be a little more like Rotterdam.