I’d lived in Mexico City for about six months before witnessing somebody get visibly angry in public. And it wasn’t a Mexican.

It was just after the workday had ended, and the buzzing cafe I was in had a perpetual line wrapped around the counter. Suddenly a man began to raise his voice toward the cashier. “You’re trying to rob me!” he yelled in Spanish, with a non-Mexican accent.

He looked around the cafe and announced loudly that he had given the cashier 500 pesos, but had only received change for 200 pesos. The young cashier appeared mortified, and people in line turned their gaze to their feet or the pastry display in front of them. 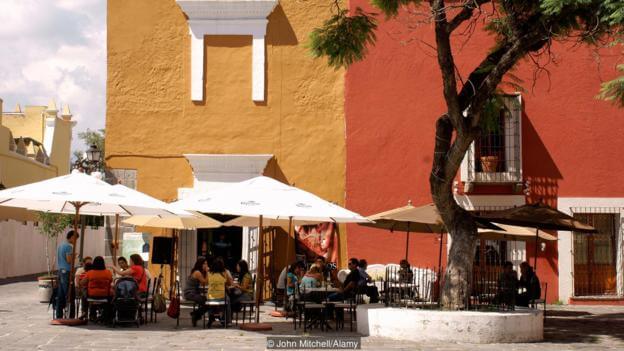 “This is unbelievable!” The man was now shouting, his ire and frustration directed at everyone in the cafe. “This is criminal.”

No-one came to his aid. Everyone was simply too shocked that he would raise his voice so aggressively. Finally, the cashier turned around and went into the back room. The man huffed and puffed for another minute before storming out of the establishment. Once he was out of sight, the cashier returned, smiled at the next customer and continued taking orders as usual.

I have no idea where this man was from, but clearly, he wasn’t from Mexico City. Or Mexico anywhere. Rarely will you see a Mexican publicly lose emotional control, unless perhaps an excess of tequila has been involved.

This is because there are two things that will get you absolutely nowhere in Mexico: getting visibly upset and being overly direct. 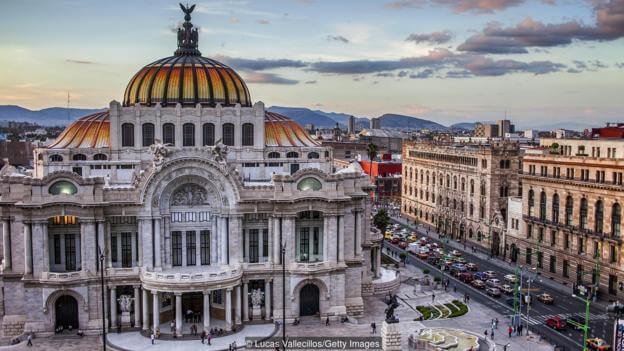 From a young age, Mexicans are taught not to get overly emotional. The common Mexican saying ‘El que se enoja pierde’ literally means ‘He who gets angry, loses’.

“We’re taught that we need to remain as calm as possible in every situation,” said Eleazar Silvestre, a fellow Mexico City transplant who is originally from the northern desert state of Sonora.

And this is taken to a whole new level in the central part of the country, including Mexico City, which is considered one of Latin America’s most modern and cosmopolitan cities. 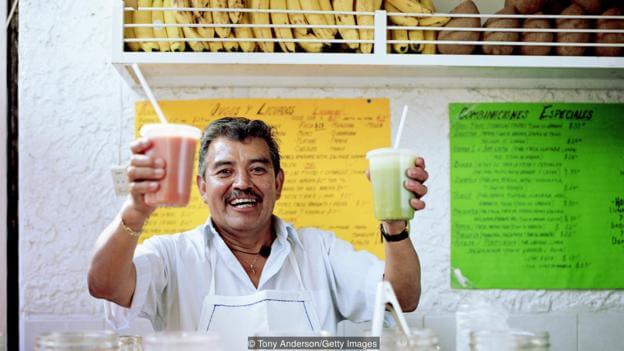 “You cannot be direct here, under any circumstances,” Silvestre said.

The cultural norms in Mexico City involve a level of politeness, at least on a superficial level, that I’ve not experienced in other cities of its size. Surely, with 25 million people making their way through the sprawling megalopolis daily, tensions should be remarkably high. But here, there’s a sort of organised chaos and functionality resting on exchanges of pleasantries (routine greetings and farewells specifically, especially among strangers) and an impressive level of patience.
For example, a simple request of ‘Pásame la sal, por favor’ (please pass the salt) goes down much better in Mexico City if worded as ‘Podrías pasarme la sal si eres tan amable’ (Could you please pass me the salt if you would be so kind) and followed by a ‘Que amable. Muchas gracias’ (How kind. Thank you very much). 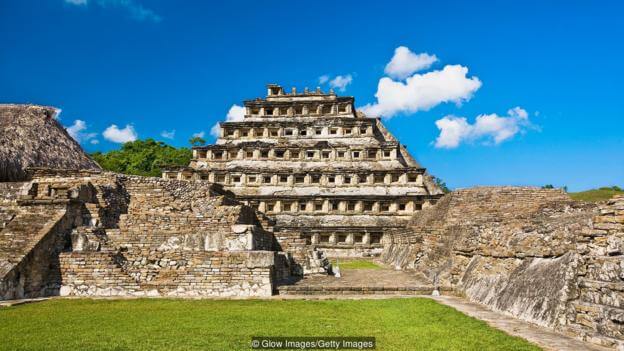 These traditions of respectful language have been handed down by the country’s indigenous populations (including the Aztecs, whose descendants are the modern day Nahuas), later blending with the courtly traditions of the Spanish when Hernán Cortés and his team of conquistadors marauded through the region in 1519. While the north of the country was settled very differently, with a less distinct colonial period, central and southern Mexico were heavily influenced by 300 years of Spanish rule followed by nearly 100 years of Mexican dictatorships.

“Indirect communication styles have to do with a lack of confidence,” explained Patricia Gallardo Arias, anthropology professor at the National Autonomous University of Mexico (UNAM). “In the case of Mexico, it could be related to the conquest and the political climate.” 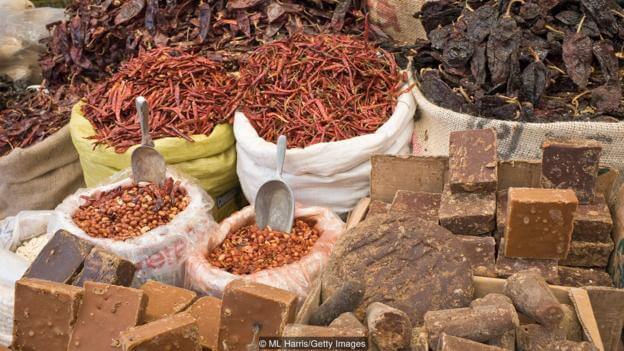 “From the beginning of the colony, the Nahua, which were the majority in the centre of New Spain, had a complicated and baroque system of courtesies, which was transplanted to the Spanish of Mexico,” said Luis Fernando Lara, professor of linguistics at UNAM. “Also, evidently, we have thousands of Nahuatl words in our Spanish.”

Today’s Nahuatl is still spoken by roughly 1.5 million Nahua descendants across Mesoamerica – with the majority of them living in the hilly surroundings of southern Mexico City and dominating the city’s service industries and marketplaces.

As well as providing words for tomato (tomatl), chocolate (xocolatl), chilli (cilli) and avocado (ahuakatl), the Nahuatl language contains within it a reverential voice and greeting customs that involve respect, no matter the time of day nor the situation at hand. By adding certain suffixes to words, you can differentiate a person’s age, birth order and social status, as well as indicate your feelings of love for them.
“An example of the Nahua in Mexican Spanish is our morning greeting ‘como amaneciste’, or literally ‘how did you dawn?’. In Nahua, the question is ‘¿Quen otitlathuilli?’ ­– or ‘How did the light enter your eyes this morning?’. Only here we greet each other in such a way,” said Diego Robles, a Mexico City poet and student of Nahuatl.

In some indigenous communities, including some Nahua communities, not looking people in the eye while speaking to them is a sign of respect, while holding eye contact for a prolonged period, especially when done between two men, can be seen as a symbol of aggression. 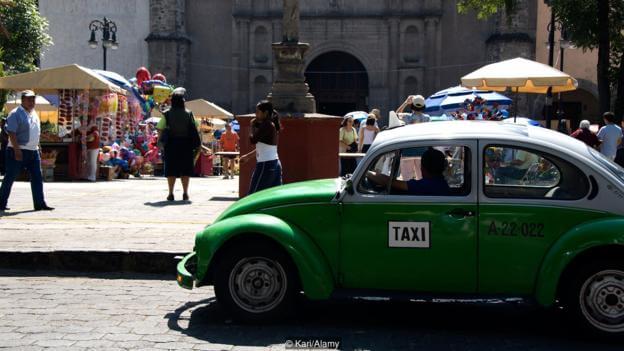 The poor treatment of indigenous people over the course of the country’s history is a sensitive topic in Mexico City, and the influences of the past can still be seen today in the country’s social structure and indirect communication style. In some ways, it’s a lack of desire to rock the boat any further, in a country where people have a serious distrust in any authority. Politeness in Mexico City specifically is a form of setting up a barrier between oneself and the outside world. That combined with a sincere desire to not upset anyone. For example, if you’ve ever asked for directions in Mexico City, you may have found yourself wandering in circles as you follow the instructions of someone who didn’t want to seem6y rude by confessing they had no idea where to direct you. 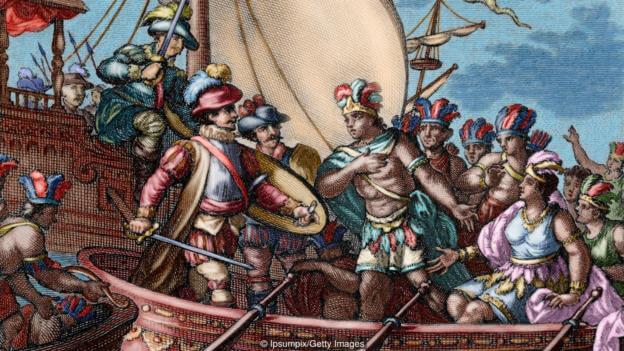 Similarly, when in a taxi, including a politeness ritual that extends beyond a simple greeting will find you enjoying a much smoother, more pleasant and perhaps even less-expensive ride. Start barking orders thanklessly, whether to your barista or a parking attendant, and you’ll come up against unthinkably old resentments. For example, if you do not overextend yourself in your greeting, or are bossy, rude or selfish, you may be seen as being not unlike a conquistador.

It’s not to say that everyone in Mexico City is ‘nice’. But for one of the most densely populated cities in the world with a plethora of problems (from crime to water scarcity, corruption to traffic), many travellers find themselves remarking that at least here, people take the time for pleasantries. They help keep the city afloat. And that’s important in a city built on an ancient lake bed, with parts of it sinking at about 20cm a year.

“Perhaps the oxymoron of ‘organised chaos’ is a good way to define Mexico City,” Lara said. “In comparison, for example, with São Paulo or Lima, that sense of order in spite of everything may be surprising.”

In the nearly two years I’ve lived in Mexico City, I’ve learned that maintaining this strict level of pleasantries is an art. Everyone is in it together, combing through the madness of a massive city just trying to live their lives. I’m merely one of millions. And I never skip an opportunity to wish a stranger ‘good day’ or to profusely thank someone for doing me a favour, even when I’ve paid for it.