Did you make your decision and chose Iran as your travel destination? We want to tell you about Tehran Iran tourism for traveling to Iran. Travel to Iran with us to get to know about it. Are you interested in experiencing that? what do you know about Iran destination tour one of the most famous Iran travel agency in shiraz and also Iran? This is great and you can be sure that the most exciting experiences will be waiting for you. In this article, we introduce all the requirements to travel to Iran. Also, the do and don’ts of traveling to Iran. Also, we answer this question: how to travel to Iran.

Tehran is the capital of Iran and the most populous city in the country, the history of life in which goes back to the Neolithic era. This city became very important during the Safavid period; But the peak of its prosperity is attributed to the Qajar period; when it was chosen as the capital. Tehran is spread in an area between two mountains and desert and on the southern slopes of Alborz and has an area of ​​730 square kilometers. This city has a semi-arid climate. Today, Tehran is known as one of the most important tourist centers of Iran, and the sights of Tehran, including natural and historical attractions, attract many foreign and domestic tourists to the capital every year. This city is one of the best entertainment destinations in Iran with its modern and numerous entertainment centers such as forest parks, Milad Tower, zoo, amusement park, escape room, shopping malls, various restaurants and cafes.

How to plan for sightseeing in Tehran and seeing the sights of Tehran?

Our suggestion is to categorize the various tourist attractions of your destination city based on the following features:

Chitgar Lake or Martyrs Lake of the Persian Gulf in the west of Tehran is the largest artificial lake in Iran, its area reaches 130 hectares, and there is a recreational complex of 120 hectares in its vicinity. The initial idea of ​​building this lake in order to reduce air pollution dates back to 1347; But finally Chitgar Lake was opened in May 2013. Excursions in the area around the lake are free; For this reason, this attraction is an ideal place in four seasons of the year for walking on sandy and rocky beaches, picnics, night tours, and romantic dates.

Bamland complex is built next to Chitgar Lake and is one of the other attractions around this lake. This place with an area of ​​60,000 square meters has more than 13,000 square meters of commercial space. Bamland architecture is a combination of old Iranian architecture, such as Yazd windmills and Persepolis columns, and modern and luxurious elements. This complex consists of 12 independent two-story buildings and is considered the first open-air linear shopping center in Iran.

Golestan Palace is one of Tehran’s tourist attractions, which is located in the old part of the city and is very easy to reach by public transportation. This valuable building is a living document of Iran’s history and a unique example of architecture and decorations, which has been registered in the list of UNESCO heritage and national monuments of Iran. When you are in the palace, you can visit the marble throne porch, which, as the oldest building in the palace, has various decorations such as plasterwork, inlay, stone carving, inlay, mesh and mirror work. Shams-ul-Amara, which was once considered a symbol of the capital; It shines like a gem in this palace. Next, visit Karimkhani desert, which houses the tombstone of Naser al-Din Shah and the marble throne of Fath Ali Shah. Hall of Salam, Hall of Mirrors, Hall of Dining Hall, Hall of Berlian, Hall of Diamonds and Abeyd Palace, each with their decorations and history, are very attractive for tourists.

Among the other important parts of Golestan Palace, we can mention the house album, which is considered one of the most important photo repositories in the world. In the center of manuscripts, you can also view manuscripts and written documents of the Qajar period. 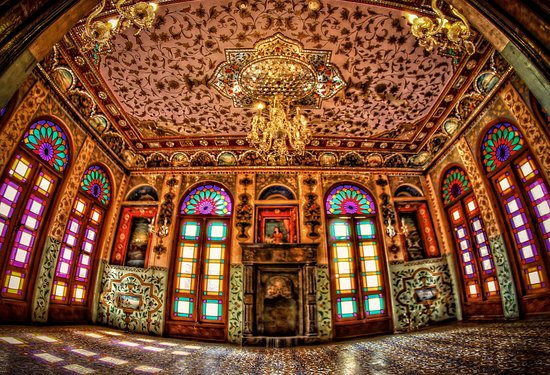 The Museum of Ancient Iran, known as the National Museum of Iran, is the oldest museum in Iran, which is considered a reference museum. In this museum, valuable works from the pre-history of Iran to the Islamic era are on display, and as a result, you can observe the historical course of Iran from the beginning to the present day. The National Museum consists of two parts, the ancient Iran part belongs to historical objects from the Paleolithic era to the Sassanid era and attracts history enthusiasts. The Museum of Ancient Iran is also made up of pre-history and historical parts of Iran.

Azadi Tower, which is in the list of national works of Iran, consists of different parts. In the basement, which is considered the main part of the collection, you can visit the Iranology hall; Where a copy of the map of Iran with different provinces of the country can be seen. In addition to the Hall of Ceremonies and the Passage of the Ancients, go to the Hall of Mirrors, whose various showcases are dedicated to topics such as the Persian Gulf, the environment, culture and art, the Caspian Sea, etc. 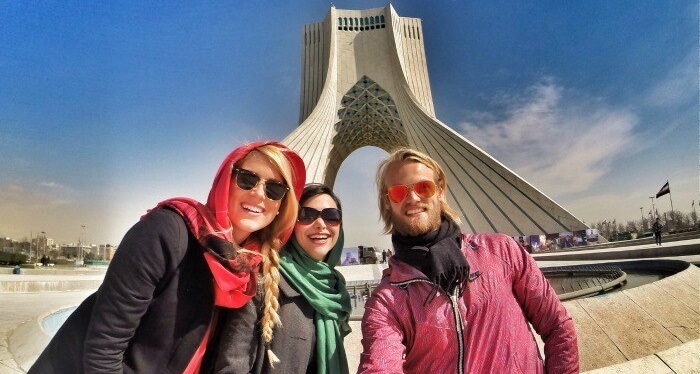 Tajrish Covered Market is one of Tehran’s old markets, which is located between Quds Square and Tajrish Square, and not only residents of the capital, but also many domestic and foreign tourists include visiting it in their plans. Various goods are sold in this market, from fresh and strange foods to handicrafts, clothes, etc.