Rate this post
Iran Destination is a well-operated tour operator in Iran which makes your travel to Iran easy. We suggest you to have a look on our  Iran Tours.  Our Iran Travel Agency is ready to help you to travel to Iran. Following, read about Sun Palace; the legacy of Nader Shah.
One of the mementos of Nader Shah, who was a powerful Iranian ruler is Sun palace.  However, this palace was negotiated with a big garden. Architecture and structure of the palace is Indian-Iranian. Interestingly, the King used a lot of materials that he had taken from India and he also brought some architects from India for designing the plan for building the place. 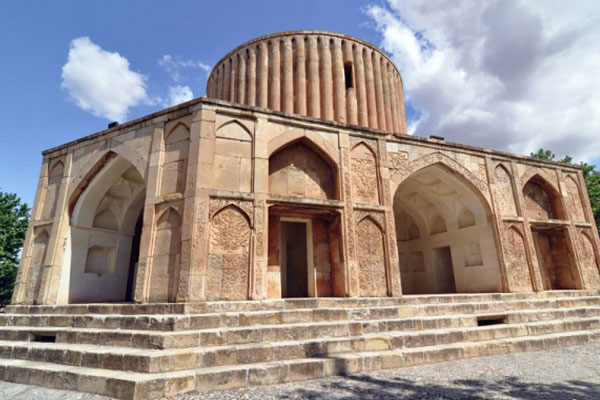 When Nader Shah got into power, Iran was ruled by rebels, however, the  King made people and soldiers united in Iran. Sun Palace is the most important memento of  the King. The palace was built in the year of 1785. Anyway, there are some shapes of fruits on the walls of the palace. These structures display the art of Asian architects and art. 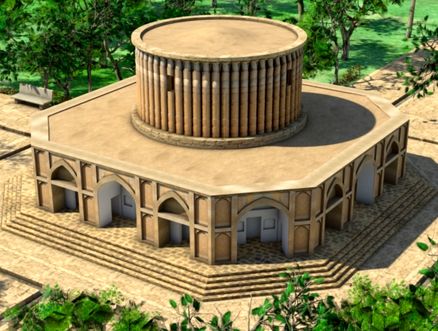 Sun Palace
The palace consists of three main floors. First  –  or basement – is a very horrific part and was used for  serve crimes. However, the second one consist a big column hall and some rooms which are decorated with golds.
There is also an inscription about the date of King ‘s death and  people believe that Nader built that as his monument. Third floor – and most beautiful one-  is like a cylinder-like shaped and consists of 68 columns. Anyway, height of this palace was 25 meters but because of destruction in third  floor, height of that is 26 meters now.
The basement of the palace is octagonal that is connected to 4th stair rows. And the garden, there is no various plants and just plain trees have been planted.

If you want to visit sun palace, please let us know. we offer tailor made tours.