It is 10 pm in the Madrid neighborhood of La Latina, one of the city’s oldest areas, and the cobbled streets thrum with the sounds of people enjoying plates of gambas al ajillo (garlic prawns) and cocido Madrileño (a hearty chickpea, pork and chorizo stew). Restaurants are bustling at an hour when, in most other countries, chefs would be hanging up their aprons for the night.

While travelers might attribute Spain’s late mealtimes to the country’s laidback Mediterranean attitude, the real reason is a little more peculiar. Spaniards are living in the wrong time zone, and have been for more than 70 years.

Glance at a map and you’ll realize that Spain – sitting, as it does, along the same longitude as the UK, Portugal and Morocco – should be in Greenwich Mean Time (GMT). But Spain goes by Central European Time (CET), putting it in sync with the Serbian capital Belgrade, more than 2,500km east of Madrid. 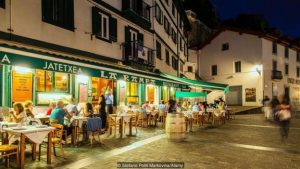 So why are Spaniards living behind their geographic time zone?

For Spaniards, who at the time were utterly devastated by the Spanish Civil War, complaining about the change did not even cross their minds. They continued to eat at the same time, but because the clocks had changed, their 1pm lunches became 2pm lunches, and they were suddenly eating their 8pm dinners at 9pm.

After World War II ended, the clocks were never changed back. However, in 2016, Spanish Prime Minister Mariano Rajoy announced that the government was working on a plan to implement a new workday schedule ending at 6pm as opposed to 8pm. One important element of the plan was evaluating the possibility of changing Spain’s time zone from CET to GMT – something that has sparked a heated discussion throughout the country. 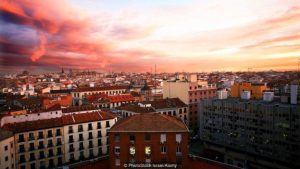 Being 60 minutes behind the correct time zone means the sun rises later and sets later, bestowing Spain with gloriously long summer evenings and 10pm sunsets. Those who run Spain’s tourist resorts believe that more sunlight is a large draw for visitors. The regional government of the Balearic Islands ‒ which include Mallorca, Menorca and Ibiza ‒ is strongly against returning to GMT and has even campaigned to maintain year-round summer time (CET+1) to allow visitors to take full advantage of the region’s mild winter climate.

But for many Spaniards, living in the wrong time zone has resulted in sleep deprivation and decreased productivity. The typical Spanish work day begins at 9am; after a two-hour lunch break between 2 and 4pm, employees return to work, ending their day around 8pm. The later working hours’ force Spaniards to save their social lives for the late hours. Prime-time television doesn’t start until 10:30pm.

Meanwhile, in the northwestern region of Galicia, the sun doesn’t rise until after 9am in winter, meaning that residents are starting their day in the dark. 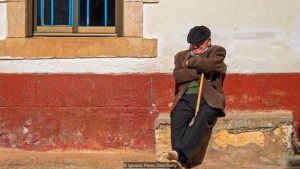 “The fact that the time in Spain doesn’t correspond to the sun affects health, especially sleep,” said José Luis Casero, president of the National Commission for the Rationalization of Spanish Schedules, an organisation that has been campaigning for Spain to return to the correct time zone since 2006. “If we changed time zones, the sun would rise one hour earlier and we’d wake up more naturally, meal times would be one hour earlier and we’d get an extra hour’s sleep.”

Spaniards have traditionally coped with their late nights by taking a mid-morning coffee break and a two-hour lunch break, giving them the opportunity to enjoy one of the country’s most infamous traditions: the siesta.

Changing the workday would threaten Spaniards’ customary naptime, although whether or not citizens would mind is still up for debate. A January 2017 study by research company Simple Lógica found that less than 18% of Spaniards nap regularly, while nearly 60% never take a siesta. In fact, business owners in many of the country’s major cities and holiday resorts remain open during the midday break to cater to tourists.

Meanwhile, those who do nap express frustration when changes in their daily routine prevent them from sleeping mid-day.

“We should really banish the siesta in Spain because it doesn’t fit with reality,” Casero said. “And with the change of time zone bringing meal times forward and giving us an extra hour of sleep, there would be less need for a rest at midday.”

When it comes down to it, economist Nuria Chinchilla, an expert in work-life balance at the Instituto de Estudios Superiores de la Empresa business school in Barcelona, feels that quality of life for Spaniards is more pressing than preserving an extra hour or two of evening light for tourists.

“We have continuous jetlag,” she said. “Tourism will always be there and tourists don’t care. The number of hours of sunlight will be the same, whether it is an extra hour in the morning or in the evening.”