Si-O-Se Pol are bridges on Zayandeh Rud, Isfahan, which has 33 spans, 295 meters long and 14 meters wide. Also, the bridge is an unparalleled masterpiece of the reign of Shah Abbas I. Besides, it built at the expense and supervision of his famous general Allahverdi Khan. So, it called the Bridge of Allah Verdi Khan.

In addition, Si-O-Se Pol is a masterpiece of architecture and bridge construction in Iran and the world. Also, it built to connect Chahar Bagh Kohneh Abbasi Street to Chahar Bagh Bala Street and Hezar Jerib and Abbas Abad Gardens. Besides, if you want to travel to Isfahan, visit this historic bridge with the useful information we have brought in the tourism sector. 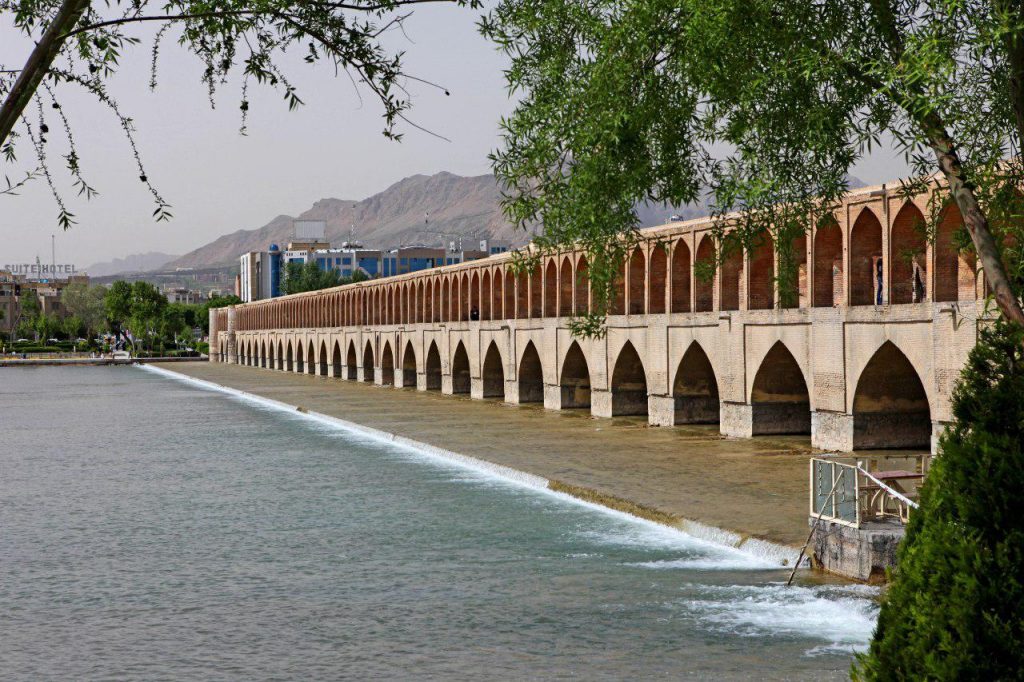 In addition, the bridge initially had forty springs that removed from each water fountain. Also, seven spans of the bridge took .Besides, now it has 33 openings, and therefore it known as the 33-spring bridge. Furthermore, the bridge was the site of people crossing into Jolfa, so it called the Jolf Bridge.

The bridge, built by Allah Verdikhan Ondiladze Gorji, the famous commander of Shah Abbas, has a strong building. Also, some believe that because Allah Verdikhan is of Georgian descent. Besides, the Georgian alphabet has Si-O-Se  Pol letters. Furthermore, the bridge called thirty-three bridges, but this claim has completely rejected because at first the bridge had 40 spans.

Moreover, like some experts, most water structures and bridges are symbols of Anahita .Also, it consider the number 133 to be related to Anahita (water goddess). Besides, the Si-O-Se Pol initially had 40 craters. Moreover, gradually abandoned by the cultivation of trees and water diversion of some of them, and now has Si-O-Se Pol openings.

In addition, the main plan of Isfahan during the time of Shah Abbas was four gardens, which composed of two perpendicular axis. Also, Si-O-Se Pol located along one of these main axes to connect Chahar Bagh Abbasi to Chahar Bagh Bala, Hezarjarib Garden, Abbas Abad and Jolfa Neighborhood.

Since the building of Abbas Abad existed on one side of Zayandeh Rud. So, there should be a bridge to establish communication at that time and in 1005 AH. Also, the existence of the bridge proved in 1005.

On the other hand, Allahverdikhan, who was the construction officer of the bridge, attributed to Fars province by Shah Abbas I in 1004 AH. Besides, he became the director of the affairs of that city. So, the development of this city and the construction of Si-O-Se Pol after the date of the deployment of Allah Verdikhan after 1004 AH.

Moreover, in order to answer the uncertainties of the bridge’s founding history. Also, it should be said that Allahverdikhan first finished the underlying floor of the bridge in 1005 and in 1011. Besides, it completed and the construction of the top floor completed so that in the event of the zayandehrud outbreak. there would be no disruption in the commute.

Nowruz celebrations, sometimes held on the bridge by the command of Shah Abbas. Also, the golrizan ceremony took place, and many flowers poured in the way of the Shah and his companions. In addition, in 1018, when the celebration of Farvardin coincided with The Month of Muharram. So, they celebrated Nowruz seven days a day by the shah’s orders and took over the Golrizan Si-O-Se Pol Bridge. Moreover, the people of Isfahan given 500 tomans of taxes on the orders of the Shah for their performance in the lights and rituals.

During the Safavid era, Armenians celebrated the runny or watery Armenians, which held on July 4th each year alongside the bridge. Besides, people sprayed water and rose water on each other. Furthermore, in celebration of the water and runoff, the bridge was the site of the shah’s gathering, elders, poets and people.

The “Khaj Shuyan” ceremony of Armenian Jolfa held on the Si-OSe Pol. Also, Khaj Shuyan is held on the occasion of christ’s baptism. Besides, followers of the Religion of Christ believe that water on this holy day will go into the running waters and swim in them.

In addition, during the Safavid era, Iranian Armenians held the ceremony on January 13 alongside Si-O-Se Pol in Isfahan. Also, at that time, Armenians had the right to come to the square at the beginning of the bridge and exchange goods with the Isfahanis. 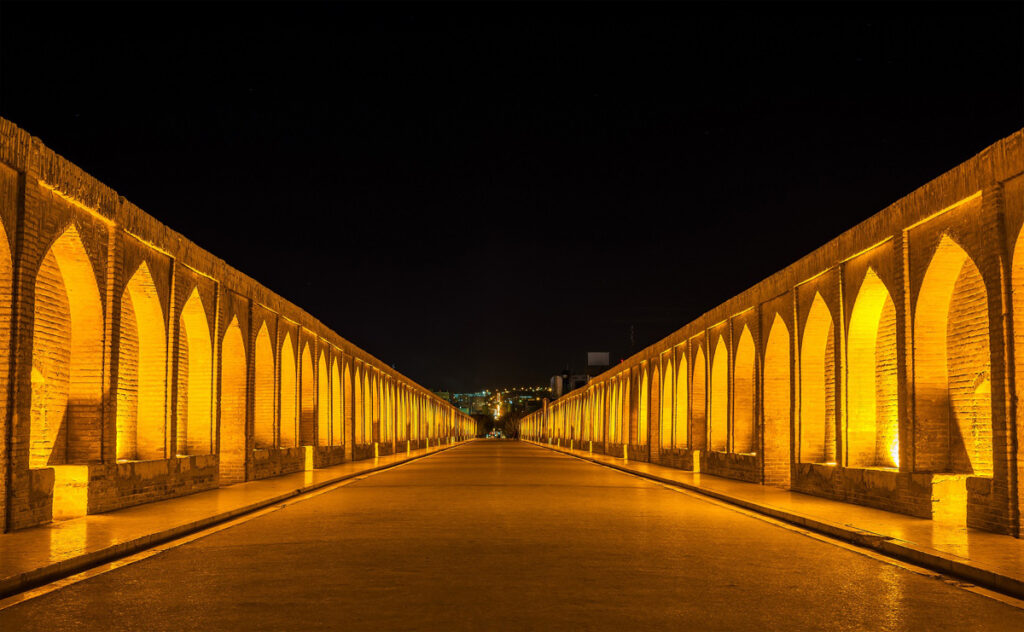 The thirty-three bridges had forty springs at first and gradually thirty-three springs. Also, in the recent years had seized a large part of the river bed and had moved. So, that a few bridges deprived of water. Furthermore, in 1951 Mustafa Khan Mostofi, the mayor of Isfahan, liberated the lands around the bridge and after opening the water canal, a stone wall on the north side of Si-O-Se Pol.

In addition, three types of materials have used for the construction of thirty-three bridges: for the underlying parts of the stone and for the upper parts of bricks and mortar sarooj and gypsum have used. Besides, the bridge built in a way that increases its moisture, durability and strength, and water cannot be damaged in the long run.

Moreover, Bridge arches have columns 7 to 9 meters high that are very strong. Also, in the 13th century, it was possible to enter the bridge from a paved highway. Besides, there were three passages in three different levels in the bridge. Furthermore, in the northeast of the bridge is a brick building built in memory of the tomb of Kamal al-Din Isma’il. So, the street called the magnanimous one, which extends to the Si-O-Se Pol of Jui and Khaju.

In addition, in the past, the bridge had 6 passages. Also, today it has only two sidewalk passages, one at the top of which is the roof of the sky and the other at the bottom. Besides, it roofed and among the central foundations of the bridge and a short distance from the river bed.

By this Iran travel agency, you’ll get the answer to the question: where is Iran?