one Shiraz, the Cultural Capital of Ian, is the city of great Persian Poets, philosophers, theologians and scholars. This famous city, in various historical periods, has great men whose names and works are well-known in all over the world. Following, read about Shiraz Great Persian Poets.

In this article, however, I would introduce Shiraz Great Persian Poets who attracting millions of million people to this city by their fame. 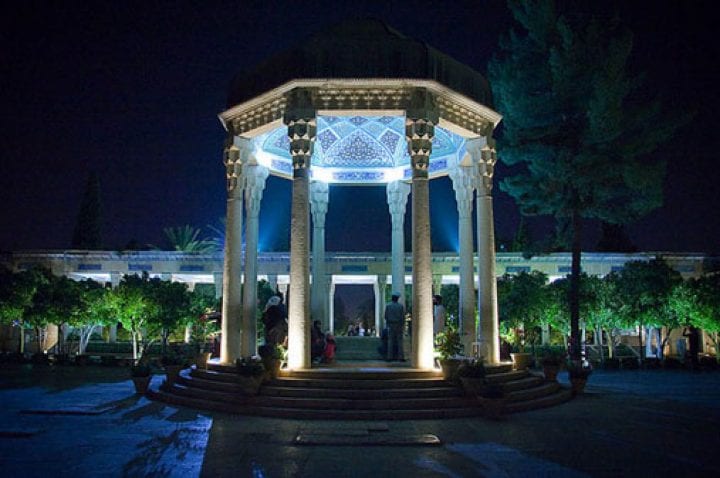 The tomb of Hafiz, the poet of love and mysticism, is known as Hafezieh in the north of Shiraz. Hafezieh’s collection consists of various cultural and leisure sections. However, for the first time 65 years after his death, a dome was built over the grave of Hafiz.

However, this building was repaired once during Shah Abbas Safavid and again in the Afshar period.
Karim Khan Zand ordered to build a monument and a marble stone that remains to this day. However, the tomb is one of the most important goals of Iranian and non-Iranian travels. Hence,  it is not exaggerated to say that many people around the world has a memorial from Hafiz tomb. 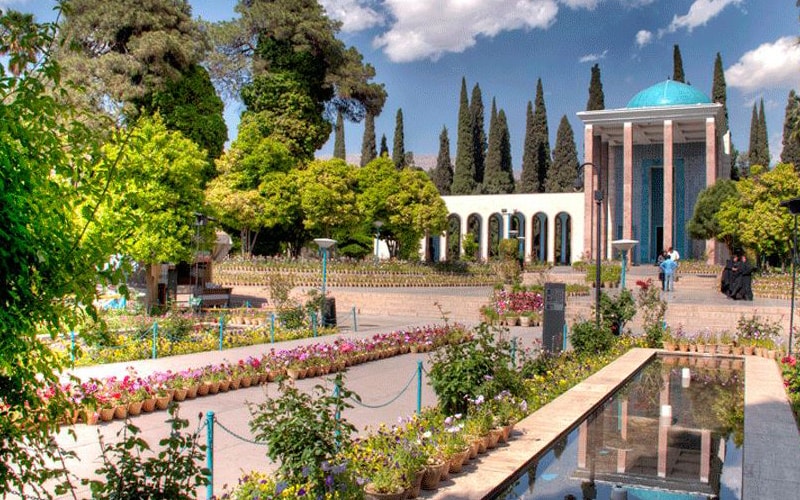 The tomb of Saadi is one of the attractions of Iran tourism. Saadi tomb is known as Saadiyeh, was originally his monastery, where he spent his life and was buried there. This tomb is located in the north-east of Shiraz, next to Delgosha Garden.
For the first time in the seventh century, a mausoleum built which then destroyed in the late 10th century. The current tombs belong to 1187 AH on the order of Karim Khan Zand in two floors.

The Persian Architecture of Saadiyeh building includes 8 columns of brown stones in front of the tomb, and the basement is white with stone and tiled. The tomb building is in the form of a cube from the outside, but inside the octagon with walls of marble and azure domes 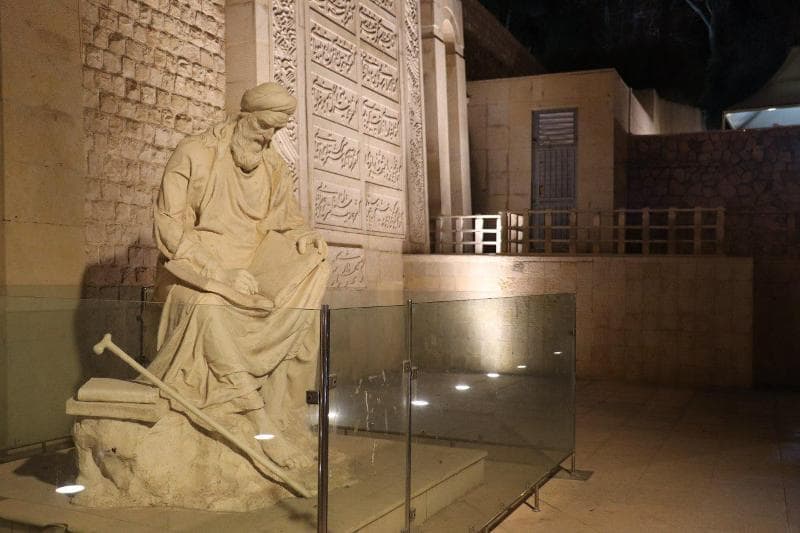 one of the famous Shiraz great Persian poets, Khajavi Kermani was a prominent poet and eminent mystic . However, the tomb of Khajavi Kermani is located in the north of Shiraz and at the entrance of Shiraz road to Isfahan on the foot of Allaho Akbar mount.

The tomb of Khaju, overlooking Qur’an gate, is simple and without any iconic architecture. Furthermore, there are only two pillars on top and bottom of the grave, which is a sign of the old form that was built on the graves of poets. 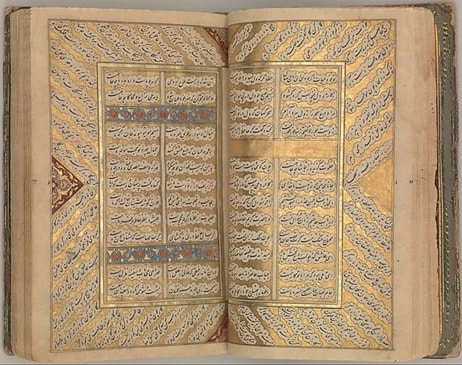 Ultimately, Vesal Shirazi is one of the greatest poets of the early Qajar era in Shiraz. However, the joiner was not only a great poet but also a famous skilled calligrapher. Furthermore,  he wrote many books beautifully. 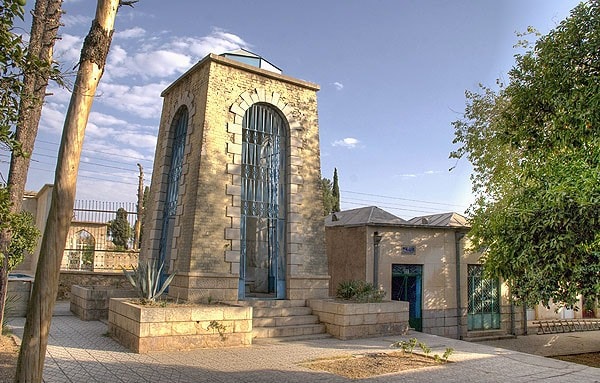 By Iran Destination, you can visit the highlights of Iran Iran tour packages. Iran Destination is a well-known Iran Tour Operator which makes you the best trip to Iran. So before you travel to Iran, make sure you visit our Iran Tour Packages. Please feel free to contact us regarding any issue.