A Mysterious Cave in Iran: The Kingdom of Shapour

A Mysterious Cave in Iran: The Kingdom of Shapour

A Story of a Mysterious Cave in Iran

The Kingdom of Shapour

Iran , a country with remarkable varieties, hosts many tourists around the world. However, not all the tourists are familiar with the amazing unknown hot-spots in Iran. In this article, Iran Destination intents to introduce one of the mysterious caves in Iran and in the world: Shapour Cave. 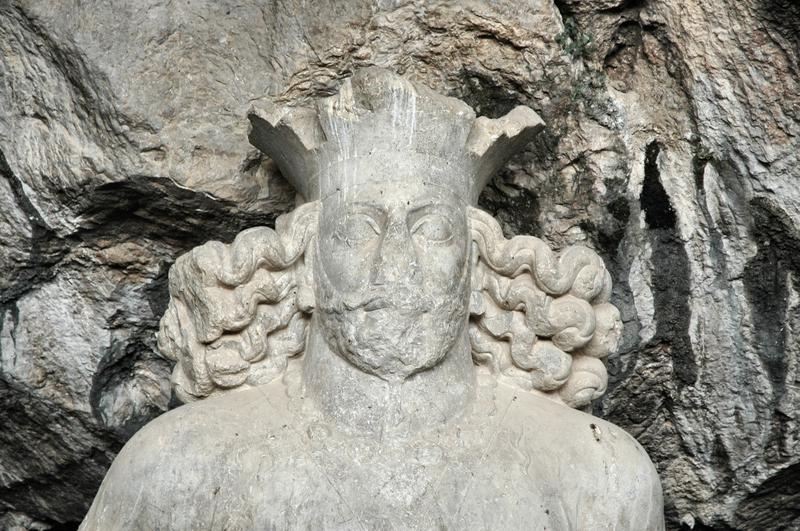 Shapour cave is located at the end of Chogan canyon in the four kilometer distance of Bishapur City in Kazerun town, the most important Sassanid capital in an 800 meter height from the ground and its entrance is about 30 meters. And this is why this cave is famous by the name “Shapour”.

The statue of Shapour is carved in a stalagmite, and although 1700 years have passed, it is still standing and it is the only statue left from the ancient times which is approximately 7 meters long.  After passing several years, this statue is still sound, although two of its hands are broken. The statue were fallen down and it was restored by the army in 1957.

The Kingdom of Sassanids

The cave is inside a mountain with minerals. The mouth of the cave is 30 meters long and 15 meters high. Before entering the cave, there is a crypt on the left, part of which is handmade. About 10 meters after the entrance of the cave, the 7-meter statue of the first Sassanid Shapour appears.

The cave consists of several parts: the first part is relatively flat and leads to the edge of a precipice with a length of about 80 meters. Both sides of the walls of this section were sculpted and smooth, and apparently prepared for carving reliefs or writing, which are left half-finished and nothing can be seen on their large ledges. At the left end of this section, two reservoirs have been dug in the rock at a distance of 0.5 meters from each other, each of which is about one meter deep.

The dimensions of one are 4 × 3 meters and the other is 1.5 × 2 meters and both have stairs for access to water. Water dripping from the roof to the bottom of the cave was collected in these ponds and met the needs of the residents. On the left side of the reservoirs, there is a beautiful waterfall of stone and behind it, the most beautiful drops and large abstracts can be seen.

Then there is a very large pit approximately 100 meters in diameter, which is about 30 meters deeper than the floor of the first hall, which reminds the viewer of a dried-up lake. To enter the end of the cave, we have to cross the precipice and enter another relatively wide corridor by climbing the top of the pit. Don’t forget, You’ll need suitable and comfortable footwear because you have to go up the carved stairs with about 230 treads to get to the entrance of the cave. Or you can hike the steep slope of the mount if you wish. It can be challenging but you don’t need to be a professional mountain climber. 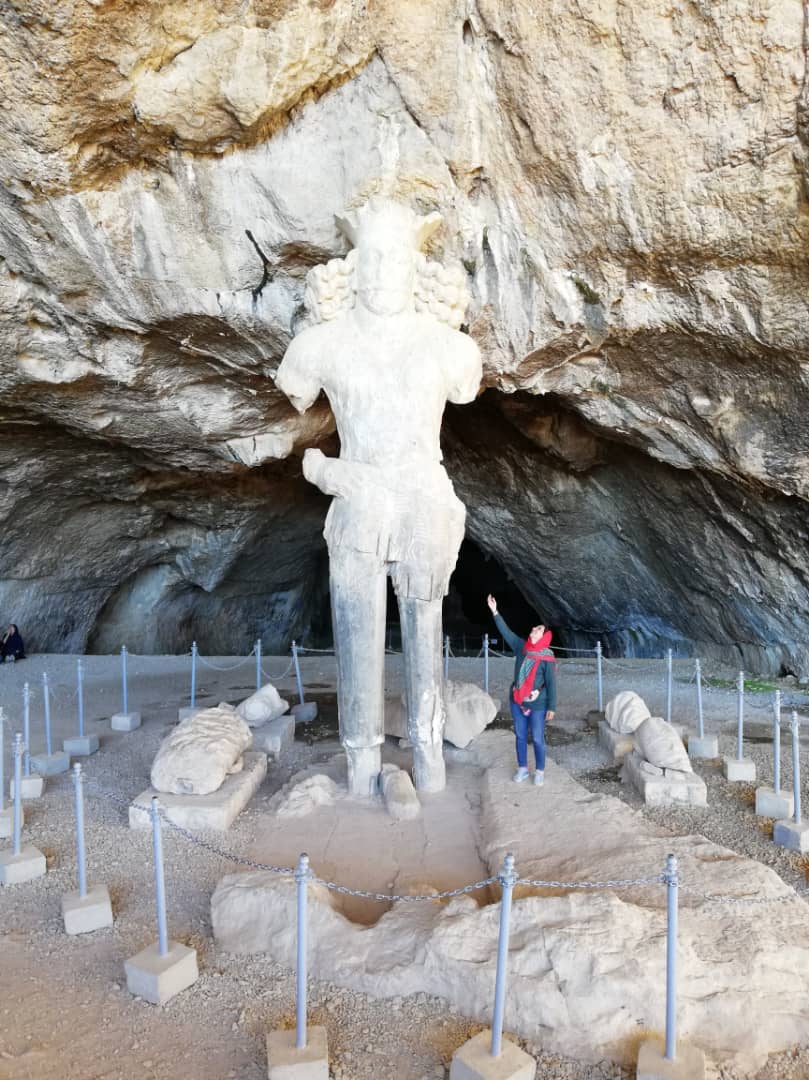 The Mysterious Shapour Cave. Compare the size of statue with the lady

This amazing manifestation of Sassanid art is so impressive. The height of this statue is about 7 meters and the shoulders are more than 2 meters wide. It’s carved out of a stalagmite in this limestone cave and dates back to about 17 centuries ago. It’s the only sculpture this large remaining from the ancient times in Iran.

This cave and some other archaeological sites situated in three geographical parts in the southeast of Fars Province: Firuzabad, Bishapur and Sarvestan were recorded in UNESCO World Heritage in 2018 as Sassanid Archaeological Landscape of Fars Region.

The Secret of the Cave

However, Shapur Cave is one of the most important historical caves in Iran. It seems that the cave was one of the religious and ritual places of the inhabitants of that region before the Sassanid era, and like Baba Jaber and Niasar caves, a ceremony was held there.

Since Ardashir and Shapur I practiced the method of religious unity among the people, Ardeshir built a large fire temple next to Niasar Cave to eradicate the past beliefs of the people of Niasar region, and Shapur ordered the construction of his statue. Inside this cave. Further archaeological research in both caves will shed light on the issue. 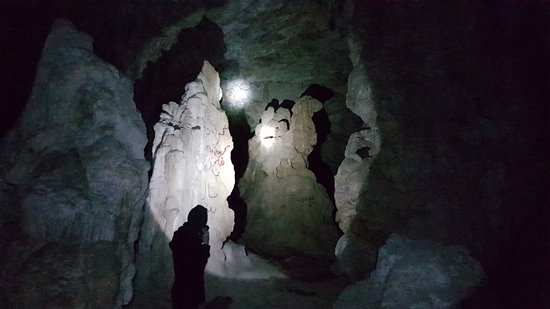 What You Need to Get to Shapour Cave 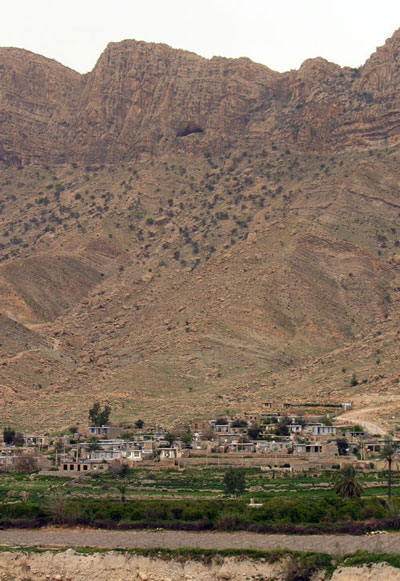 The location of Shapour Cave

Iran Destination– a well-known travel agency – provide the best daily and multi-days tour to amazing Shapour Cave. By contact to our experienced and skilled tour operators, we’d help you to visit the cave given to your budget and time. Don’t hesitate to contact us!

However, for more information about our tours and offers, click on our best-selling tours of Iran: