In place of the current mosque Shafeiha, etc. Zaer saraei was that with effort and the help of a number of peoples, good and faithful tradition. The supervision of Haj Molla Seyed Hossein Masoudi, in the year 1324 Hijri in the city of Kermanshah purchased and has been constructed. This beautiful mosque in 1060 square meters, infrastructure built, which of architecture, stunningly beautiful and Islamic banks benefit effortless. 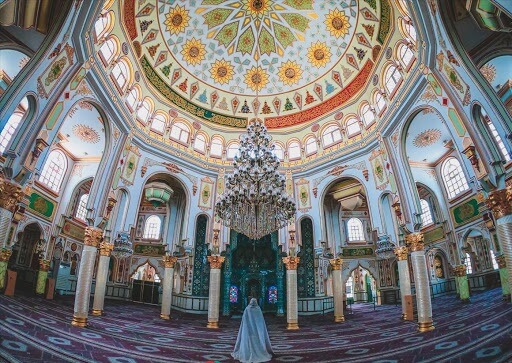 Kermanshah is a spectacular city that always amazes and astonishes its tourists with its unfinished beauty. Most of the people of Kermanshah are Shi’ite, but just like other cities in Iran, there are one or two synagogues, three or four churches and a mosque for Sunnis. The mosque, which belongs to the Sunnis, called “Shafi’i mosque” and is one of the religious buildings and landmarks of Kermanshah. This mosque is rich in beauty and is one of the most important architectural projects in the old time has become one of the architectural and religious masterpieces of our country.

In line with the market in Kermanshah or dark market that moves you. The domes and spires, the mosque, the meaning of your view, and who, when the front of the call, the architectural eye catching and dazzling it you will enchant your will.

The Shafei’i mosque, on the one hand, leads to Javanshir Square and on the other, to the darkness of the bazaar. If your passage to Kermanshah Falls, be sure to visit this cultural monument that has spiritual originals and astonishing beauty.

In place of the current mosque, Shafei’i, etc. Zaer Saraei put that with effort and the help of a number of peoples, good and faithful tradition, the supervision of “Haj Molla Seyed Hossein Masoudi” in the year 1324 Hijri in the city of Kermanshah purchased and constructed.

These good people did not withhold any effort in providing the costs of building a mosque within a year. And after a year they managed to build a mosque or mosque of Shafei’i. Shafei’i’s magnificent and praiseworthy mosque has been developing and beautifying since then.

The Shafei’i mosque built in 1060 square meters of infrastructure. In the construction of this mosque architecture is stunningly beautiful and noble Islamic handled.  The same applies it to one of the coolest sights Kermanshah province. According to Sunnis, this type of Architecture has a certain spiritual spirit. The interior of the mosque with its unique plaster decorated with the verses of the Holy Quran, has been beautifully built and its spiritual spirit. In general, the Shafei’i mosque has been soaring with goldsmiths. And has added to the boom of the city of Kermanshah.

The structure of this mosque is metal. And made of a multiplex arch system. The exterior of the building covered with white travertine. The mosque of the dome and minarets in the vicinity of it. Also, two minarets simple metal golden color to a height of approximate 9 km formed in the top of the building endowment mosque on the south side is installed. The interior of the mosque has women’s and men’s nave, shoebox and Split Spaces, library, pantry and side spaces. 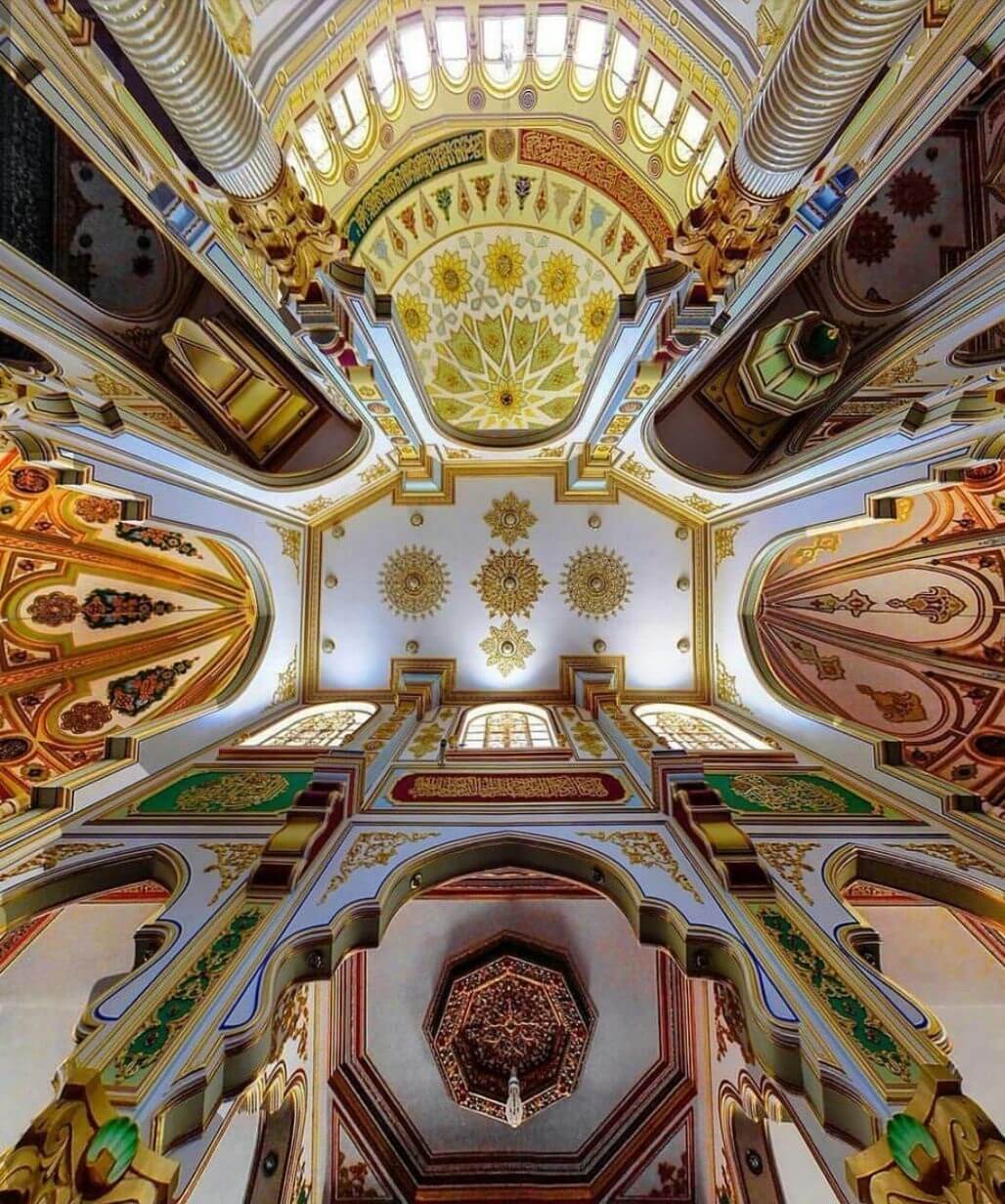 Above all, Shafi’i mosque since 1997 Hijri has been the place for the political prayers of Sunni Friday in Kermanshah. Now only the new building built under the influence of the mosques of Turkey. Also,  next to the old building, prayer done.

The Shafi’i mosque in Kermanshah consists of an old dome and minaret and two simple golden metal minarets that have an elevation of about 9 meters, which are installed on top of the building of the mosque endowment. Moreover, The interiors of the Shafi’i Mosque of Kermanshah have women’s and men’s nave, shoebox and Split Spaces, library, pantry and side spaces.

Also, Maybe you interest to know, this was the year 1326 Hijri since the place of prayer, religious, political, Friday Sunni in Kermanshah. And now only in new construction, that under the influence of mosques in Turkey. Also, It built next to the monument, old, prayer, Friday prayer performed.

If you want to visit Shafi’i mosque in Kermanshah, you should go to Javanshir square or the old Artillery Square. From Javanshir square, you can see the spectacular dome and minarets of the mosque. Further, The way to the mosque, from the street, is through an alley located on the southeast side of the square.

Above all, if you pass to Kermanshah off. or with a tour, Kermanshah to this beautiful city, travel ready? we recommend you this monument, cultural and spiritual and beauty stunned disappointment there. visit. Also, you can account for your stay in Kermanshah hotels on Parsian hotel. And Jamshid hotel Kermanshah to spend memorable moments with your companions.