Sadeh Celebration is one of the Iranian celebrations. Also, it will hold at the beginning of the evening of January 30, 2019.

In addition, another opinion is that the famous Sadeh Celebration is the 100th day of winter. Also, from the beginning of winter (October 23) to February 30, which is a celebration of the century, it was 100 days. Besides, from February 30 to Nowruz and 1 spring 50 days and 50 nights. Furthermore, because from this day on, man has achieved fire, the night is as bright and warm and alive as the day is and nights counted. 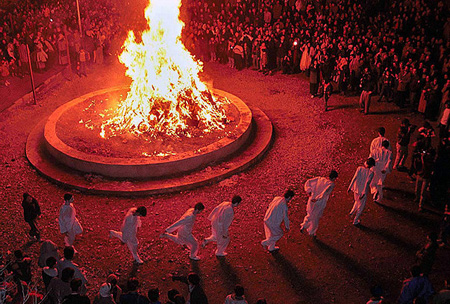 On the 10th day or November of February, the Sadeh celebration of the century begins with the kindle of firewood. Also, people have gathered from pegah on the roof of their house or on the mountain height. Besides, the celebration always held collectively and with the gathering of all the people of the city, neighborhood and village in one place and with the establishment of a great fire.

In addition, people participate in collecting firewood. Thus, Sadeh celebration is a celebration of people’s cooperation and solidarity. Also, Zoroastrians from Tehran, Karaj, Yazd province and villages around Meybod and Ardakan, Kerman and villages, Ahvaz, Shiraz, Isfahan, Europe (Sweden) and the United States (California) and Australia. Besides, by gathering in a part of the city or village together, ignite a very large fire and pray and sing and stomp.

Meaning of the word “Sedeh”

Some scholars consider the name of Sadeh to be taken from 100. Also, Abu Rayhan Al-Birani writes: “The Sadeh is said to be the 100th anniversary of Ardeshir Babakan. Besides, the cause of this celebration, they have said that whenever they count the days and nights separately, the number of 100 obtained between it. Furthermore, at the end of the year, and some say that the births of Kiumars – the first father – became just 100. So, they made one of their own kings and some of them believed that on this day, the children of Mashri and Mashyani made.

Moreover, another reason to commemorate this night is that Iranians considered the middle two months of winter. Also, the same day and bahman, very hard and when the devil was strong, and held special prayers to end the two months. Besides, from the night of Cheleh, called The Great Chaleh, in which the seal was re-born to fight the devil.

Furthermore, the night of February 30, which called the celebration of Sadeh and the small chaleh. Also, it is equal to 40 days. Besides, because the fire discovered on the day of Sadeh and another means of fighting the devil. In addition, according to the ritual caused the light of the night like the day, from the small night to the first of February 20 days and 20 nights (totally forty nights and days). So, some have said that this is a 100-day occasion before the crop obtained and the height of the cereals. 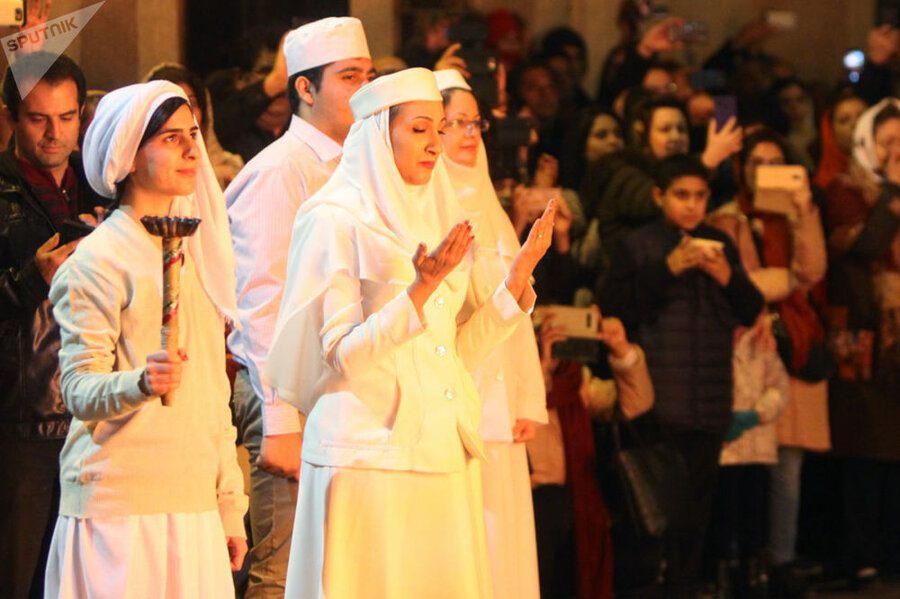 1- Celebrating Sadeh in the pre-Islamic period:

In this period, historians such as Outer, Beihaghi, Gardizi, Moskavieh from the way of Sadeh celebration during the kingdom of Ghaznawan, the Seljuks, kharazmshahians, and al-Ziar until the Mongol era. Besides, they have even told the story of the death of the Avij man. Also, Sadeh celebration murdered by its opponents.

In addition, the news they have given about the Sadeh celebration, like any other awareness, relates to the court of kings and emirs. Besides, there are no reports of public rituals and the way Sadeh held among them.

3- Sadeh Celebration in the present era:

Today, Sadeh Celebration held sporadically in some cities and villages of Iran on January 30. Also, in Mazandaran, Lorestan, Sistan and Baluchestan, farmers, villagers and shepherds fire on the roof, hillside or next to the pasture. Besides, pasture on the evening of one of the winter days. Furthermore, according to a long tradition, they gather around it, without naming theSadeh Celebration.

In addition, in Kerman and most of the cities of that province, Sadeh Celebration or Sadeh of burning held with great glory. Also, among the nomads, the texture of Sirjan is a shepherd’s burning century. Besides, in one of the villages of Jiroft. Furthermore, on the night of February 10, a large fire called Atash-e-Sedeh, with forty branches of pruned garden trees, ignites in Deh Square for forty days and jumps on it and sings.

The Sadeh Celebration held in Kerman on the evening of January 30. Besides, kermani have preparing it for the past few days. Also, from February 21, all the gardeners and with their own wealth have brought firewood from the surrounding deserts and foothills to the site of celebration. Furthermore, Peddlers determined by January 29.

In addition, earlier in the day, when outdoor burning occurred. Also, people had throwing carpets around the fire-burning area in groups from a long afternoon. Moreover, entertaining themselves until the promised hours of conversation and meeting each other and drinking tea and eating nuts. Besides, just hours before the burning Sadeh, they gather on Sedeh Street.

Moreover, on January 30, the face of the city changes. Also, shops close sooner. Besides, a few hours before the fire was kindle, women cook yellows in the kitchen of the big garden of Badaqabad, Ash and Siro. Furthermore, the family’s togetherness on the garden porch and eating ash, siro and nuts are part of Sadeh Celebration. In addition, it known that the sellers should have nuts (seeds, pistachios, almonds and hazelnuts) along with fruit and beverages.

Iran Destination is a an Iran Tour Operator which makes you the best travel to Iran. You can visit this place through the following Iran tourism  packages offered by Iran Destination, Iran travel agency