Due to its ethnic diversity, Iran has special local food traditions during Ramadan, which is interesting for tourists. Ramadan is one of the lunar months that is very important for Muslims. Avoiding eating during the day is the main feature of this month. In Iran, due to the existence of different ethnic groups throughout the country and having various local traditions in this month, different foods are prepared. Each also has a different taste, flavor, shape and color.  In this article, Iran Destination travel agency intends to introduce you to the most delicious Ramadan iftars in Iranian cities.

The customs of different ethnic groups in Iran show that the food traditions of the ethnic groups during the month of Ramadan all over Iran create a beautiful image separately. Perhaps many Iranians are still unaware of the existence of these beautiful traditions and special Iftar dishes during Ramadan. Many Muslim countries take advantage of their food diversity in tourism this month. Iran can also use these food traditions, which are among the rich aspects of local culture, during Ramadan and introduce them to tourists. These food traditions exist in most cities of Iran. It is natural that the food of each region of Iran is based on the climate, local customs, food and farming products of that region. Also, over time, they have become established and known as the traditions of these areas.

Among the local dishes of Ramadan in Mazandaran, we can mention Shir Ash. This dish will prepare with rice or rice flour. Thus, this can show that most of the local food of the Iranian tribes is based on the climate and products of their region.

Rasht is one of the creative and diverse cities in the field of cooking. In terms of food creativity in UNESCO has also been discussed. Most of the dishes that will be prepare in Gilan during Ramadan are local stews. Also, these foods usually have delicious and sour flavors. The most important of these stews are Torsh Tareh and Baghala Ghatogh, which are mostly on the dawn tables of these people. The traditional dishes that are served on the Iftar table in Gilan are mostly soups, Kookoo and porridge. Another food that is easily available in Gilan during Ramadan is Reshteh Khoshkar. Reshteh Khoshkar, is a famous sweet in Gilan. 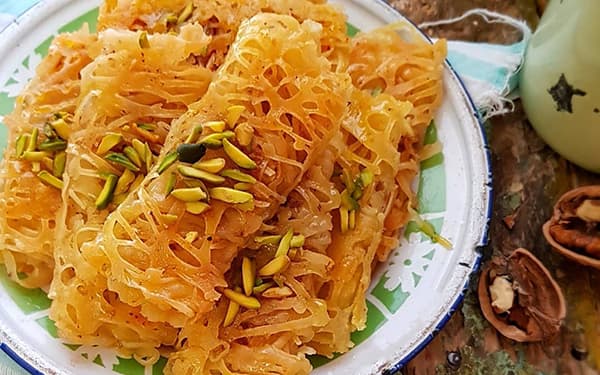 Tabriz, Ardabil and the Turkish cities of northwestern Iran also have their own traditional dishes during Ramadan. Shir Berenj or (Rice milk), porridge and Halim, jam are the mainstays of the iftar tables of these two cities. Some of these foods can be seen as local dishes of these two cities in the city squares. 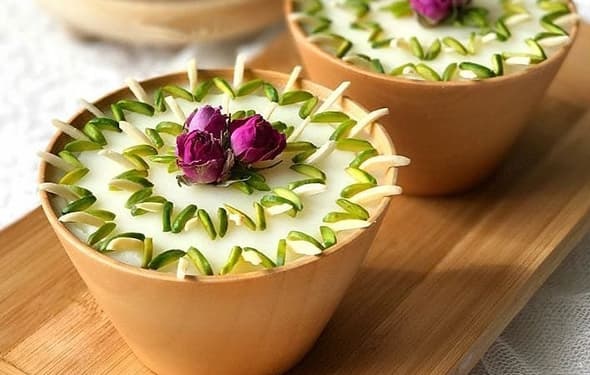 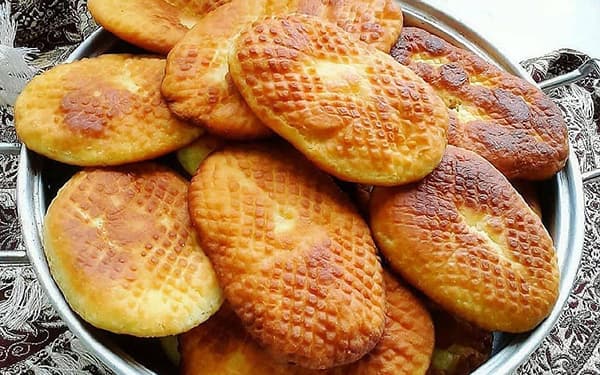 Ash Abbas Ali is one of the traditional foods of Kermanshah that will be prepare in this region for Iftar and has many fans. This dish is a combination of meat, cereals and legumes that are also with hot onions. Another popular food during Ramadan in Kermanshah is Kermanshah animal oil. In fact, locals believe that using it in breakfast will make fasting people feel less hungry. The tonic nature of this oil has caused Kermanshahi oil to be in breakfast in other parts of Iran. 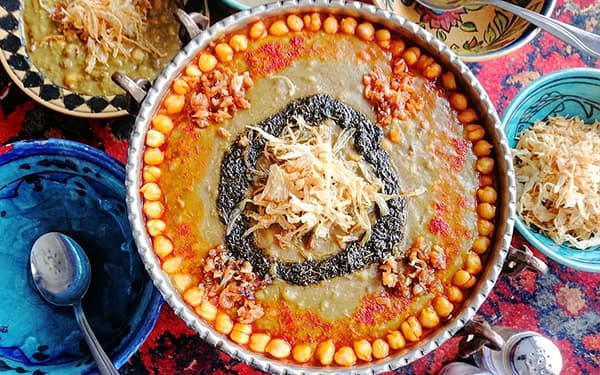 Ahvaz, like other cities in Iran during Ramadan, has its own special foods. The Arabs of Khuzestan cook samosas, Harris and Tashrieh and Mahlabi as iftar food. Samosse can always be prepare anywhere in Khuzestan province. But the popular food in Ramadan, which is local in this region, is “Legimat“. This is a delicious dish that is a kind of sweet like Zulbia and Bamieh that you can eat with bitter coffee. This sweet is mostly in the Arab markets of Ahvaz and other cities of Khuzestan. 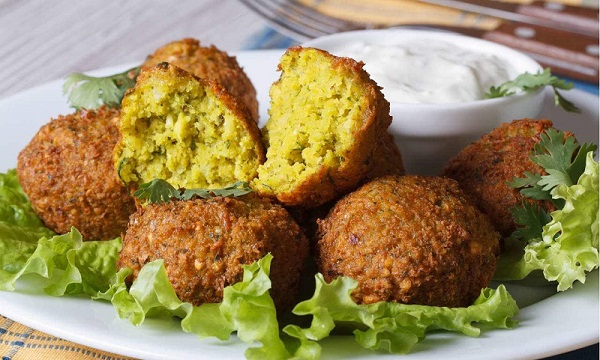 In different parts of Fars province, many local dishes will be prepare and use during Ramadan. In Shiraz, which is one of the traditional cities of Iran, many different foods can be seen on the Iftar table. Kalam Polo Shirazi and Ash Sabzi Shirazi are among the most common Iftar of Shirazis.  Shiraz Tar Halva, which is usually for iftar, is one of the most popular desserts in this region. One of the famous dishes that can be seen on Iftar tables in Fars province and in the city of Kazerun is Ash Kazeruni. 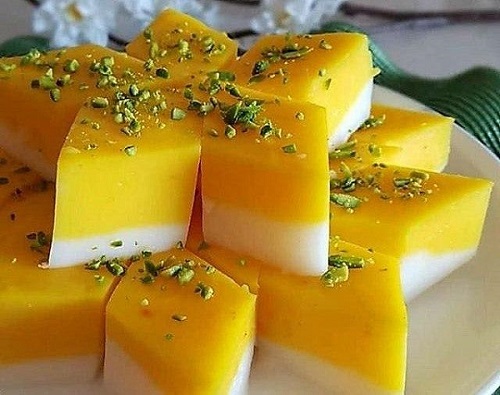 Different types of dates on the Iftar table

Finally, one of the foods that is almost on the Iftar table is dates. Although this delicious food is a product of the southern cities of the country. But, due to its natural sugar and energy, it has opened its place on the table of all Iranians. Also, dates accompany all Iftar dinners. This food also has a blessed aspect for Muslims and is also distributed as a vow during Ramadan. 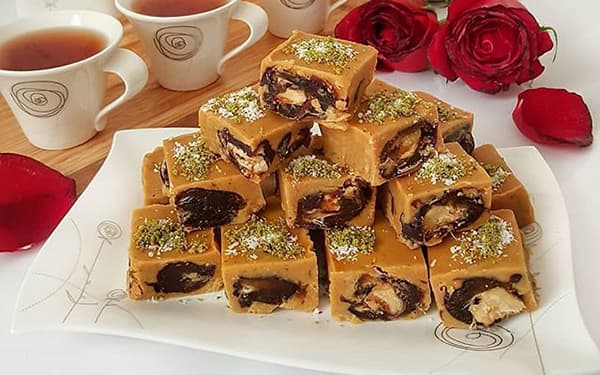 It is natural that mentioning the traditions and local food of all cities in Iran can not be in one article. So, this article refers to some of the most famous traditional and local food in different parts of Iran. Iranian tribes throughout Iran have many local traditions and cuisines. This rich and diverse aspect of the local food culture of the Iranian tribes during Ramadan is attractive and attractive to many tourists. You can join our team, Iran Destination, and get more acquainted with this delicious Shirazi foods. Iran travel agency, Iran Destination, will organize your trip to Iran. You can offer your tailor-made trip to Iran or visit our programs on the Iran tour page. You can contact to our Iranian travel agency, our agents are online to answer all your questions.