Polo in Iran (UNESCO), Dating Back to Ancient Times

Polo in Iran (UNESCO), Dating Back to Ancient Times

Chogan Game, called Polo, is a kind of game playing on horsebacks with long sticks and a ball. You may have all seen this game, or even you may have played it. It will be interesting to know that the game dates back to ancient Persia. Here, Iran Destination, a travel agency in Iran, is going to provide you with some information about the game and its history. So follow this Iran Tour Operator to get all you want about Iran and its history.

History of Polo in Iran

Actually, the evidence show that ancient elite people in Persia played polo during Achaemenid Empire, in the 6th century BC. Also, even Sir Anthony Shirley described Persian polo in Travels to Persia. In addition, this team sport once invented in Iran, being called Chogan, just as people nowadays call polo in Iran. Usually the king’s guard or elite troops played this game, as training for cavalry units. Besides, the amazing point is that women also played the game along with men. 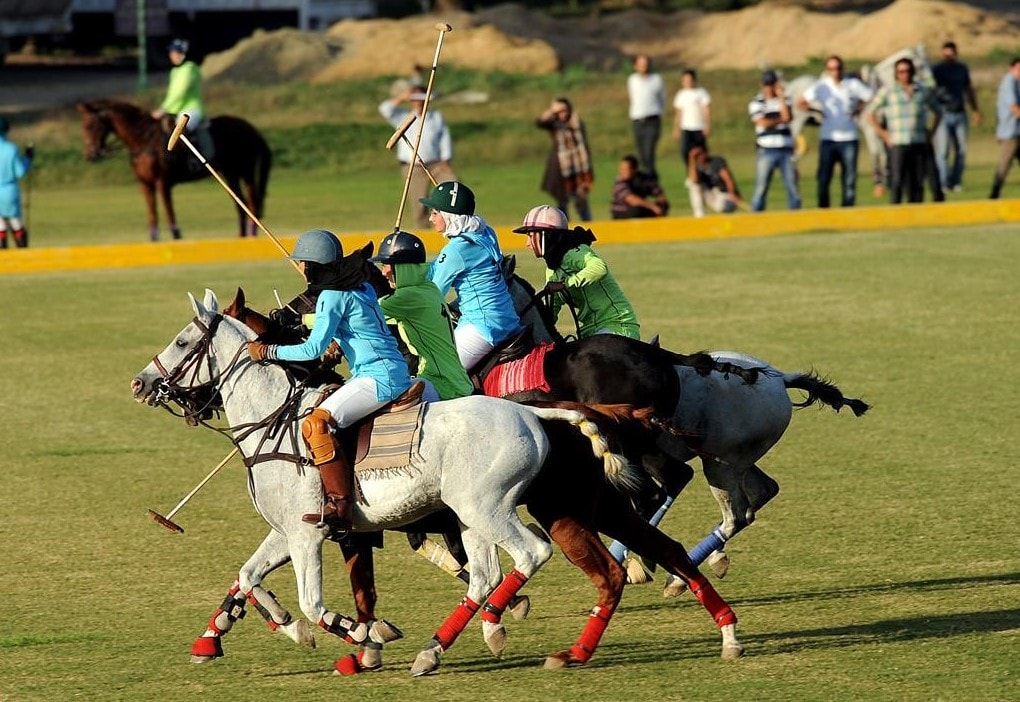 As the game spread to other countries, to Constantinople, Tibet, China, India, and Japan, the Tibetan word “Pulu” wasthen used to refer to the game. So, this word means the willow root from which the polo balls then made.  You may  surprise to read that Chogan or Polo was the first team sport in Iran. Also, Shah Shapoor II, A Sasanid King, learned to play Chogan when he was 7! Moreover, even before Sassanids, the Achaemenids’ King, Darius II, sent Alexander of Macedonia an amazing letter and invited him to play polo instead of warmongering. Beside the letter, he sent a polo mallet and a polo ball to the Roman king.

Besides, let’s see how polo spread to Europe. In 1850, the British got to know this sport in Munipoor on the Burmese border with India. This was the time the British spread polo to Europe and other countries of the world. In addition, the two sports of Golf and Hockey are also inspired by this Persian traditional game. Moreover, in some countries, players ride on elephants instead of horses to play this team sport. 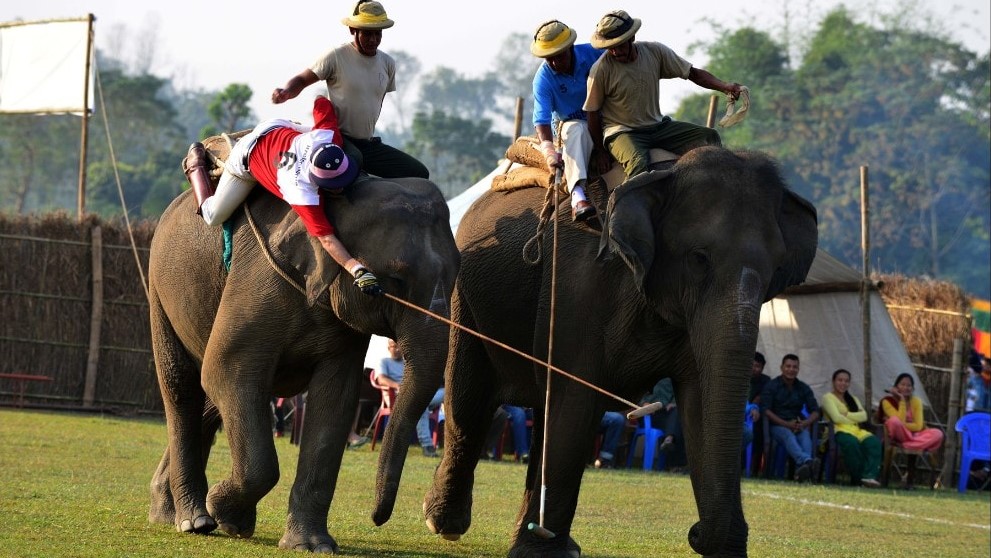 If you travel to Iran, you will see Naghshe Jahan Square in Isfahan. Did you know Shah Abbas, The Safavid King originally build the Polo Ground? If you pay attention to the dimensions, you see they are the standard dimensions for a polo field.

You can see signs of Chogan in different Persian art samples. As of literature, Ferdowsi (the author of Shahnameh), Khayyam (the Iranian poet, philosopher, astronomer, and mathematician), Nezami (the creator of Persian love story of Khowsrow and Shirin), and famous Persianpoets of Sa’adi and Hafiz all used polo in their saying, sometimes as a means of making their philosophical points.

Besides, another place you can see Polo in Persian arts is Persian Miniature and the Pottery Designs. Even nowadays Persian painters feature polo in their traditional miniature styles. 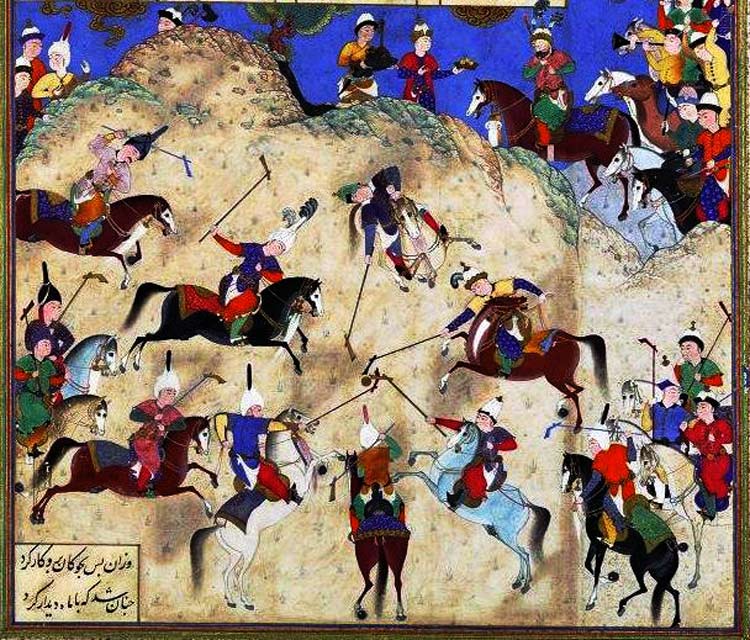 polo, as rich as history of Persia

How is polo playing?

First you should know that the Chogan field dimensions are 274 m by 145 m and the goal post length is 7 m. Further more, 8 people play in 2 teams, i.e. each team has 4 players. The horse riders should try to score more goals against the other team. Also, the game begins when the referee throws the ball between the players from 6.5 m away from them. They play in two half-times, including 6 periods of seven minutes. Each period named a Chukka. Polo is a fast game and the players and their horses must be physically ready to change their roles immediately. If none of the teams wins at the end of the game, the referee gives them extra time. Whoever scores the first goal is the winner of the game. 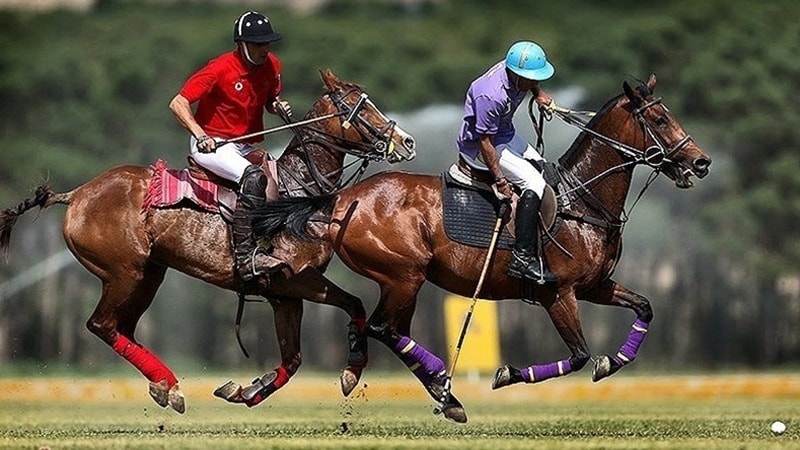 Chogan or Polo in Iran

Full-sized horses or ponies are using for polo game. People call them Chogan horses. Some safety gears should use on these horses. Moreover, some special leg wraps are also using to protect them against the mallets. Also, the horse riders must also have safety gloves, helmets, riding boots, whip, knee pads, Chogan outfits and elbow pads. 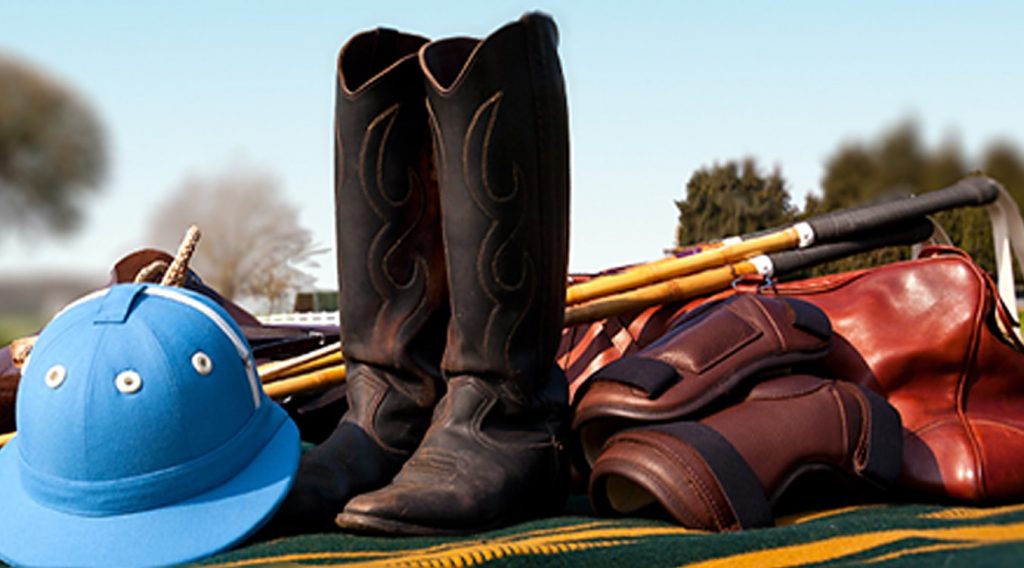 Polo is an expensive sport in Iran; Therefore; not everyone plays it. Polo Federation of Iran promotes this sport and it is getting more popular among Iranians.

Iran is full of wonders and it has a rich history. You can explore the signs of this rich history in different sites of Iran. Just all you need is an iran tour offered by an Iran Travel Agent. Take a look at our Iran tour packages and choose one to travel to Iran. Also, you can  tailor made one based on your interests.

In case you have any other questions, requests or suggestion, please feel free to contact this Iran travel agency. We are always ready to help you with any issue.