Breakfast is a very important meal. This meal is eaten in the morning. Breakfast usually includes one or more drinks, dairy products and cereals. Other foods may be used for breakfast in countries around the world. All cities in Iran usually have a special breakfast. Some of them are less well known than other meals. Some breakfasts do not belong to a particular city. To taste some types of traditional Persian breakfast in different parts of Iran, there is no other way but to travel to the city of origin.

What do people in different parts of Iran eat for breakfast?

Accourding to the northern cities, it is better to go to coffee shops instead of luxury hotels. Older cafes, they may bring us local cheese. Masouleh, Ash is sometimes eaten for breakfast. In some of these cafes, they also eat Chenje and start the day. In some villages of Gilan, chopped vegetables and cheese are placed between the dough. It is cooked in a Tanoor, which is called Kanalki. Also around Rudsar to Ramsar, the famous bread called Kolas has been associated with people for centuries. Women in local clothes sell these breads along the intercity roads of Gilan and Mazandaran. Pishmeh is one of the traditional breads of the Turkmen Sahara people. In addition, the people of this area are very interested in Burek.

You can join our team, Iran Destination, and get more acquainted with Iran tour and all of the tourist attractions and all the requirements to travel to Iran. Iran travel agency, Iran Destination, will organize your trip to Iran. You can offer your tailor-made trip to Iran or visit our programs on the Iran tour page. You can contact to our Iranian travel agency, our agents are online to answer all your questions about iran travel. visit Iran is a good choice to get Iran travel services such as hotels in all cities, Shiraz hotel, Tehran hotels and all services about Iran tourism. Also, you can check out our Facebook, Twitter and our weblog for more info.

Pishmeh is one of the traditional breads of the Turkmen Sahara people. In addition, the people of this area are very interested in Burek. Sometimes cheese, sometimes meat and sometimes spinach are poured into the Burek. Ghatlameh or Ghatlama is another type of bread. The bread is similar to Taftoon bread, but smaller than several layers. Chorek is also called a kind of fatayer that is cooked in different cities such as Turkmen Sahara and Ardabil.

Breakfast in the northwest of the country (West Azerbaijan)

Now if we go northwest, we will find a variety of other breakfasts. For example, in the cities of this region, cold mornings start with eating Qisawa. Qisava is the egg and date that walnuts are added to. If we move towards Sarein, we should not forget to eat the honey of this city. Now, if we move away from Sarein and move towards Urmia, we will get acquainted with different breakfasts. For example, some people in Urmia prepare Gozlemeh for breakfast. It does not take long to cook this food. We have to fry the egg, add yogurt and garlic. In West Azerbaijan, other traditional breads are still baked in the villages.

Breakfast in the northwest of the country (East Azerbaijan)

In this part of Iran, wherever we go, we will have access to Tabriz cheese in bulk. For this reason, the best breakfast in this region is Tabriz cheese, Sarshir and Sarein honey. Each of the traditional breads can also be mentioned. In the city of Tabriz, people line up for Haj Sultan Ali’s 100-year-old dairy in the city’s Grand Bazaar. In this shop, you can try a glass of local hot milk, butter and honey. Also, the villages of East Azerbaijan, they make Duimaj with walnuts, lavash bread, cheese and vegetables. It is also served as breakfast or supper. 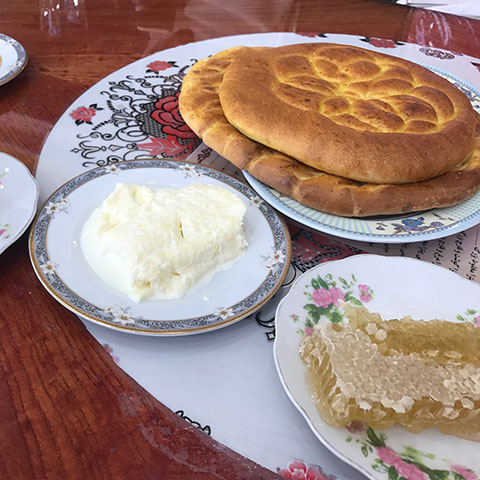 Persian breakfast in the West

People from Ahwaz eat bahitiye or pahtiyeh for breakfast. This is the same rice milk with jam that is still popular among some families. Gradually, when we get to the south of the country, we have to introduce ourselves to a bread called Tomushi. In Hormozgan, some mahyaveh or Souraq and eggs are poured on this bread in the oven. Southerners have another breakfast called Balalit, which is cooked with sugar and saffron. 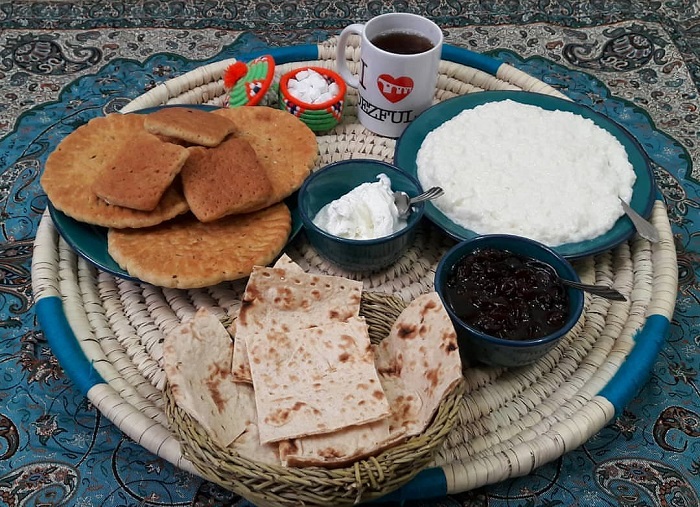 Persian breakfast in the central cities

As we move north to Hormozgan, the shape of a traditional Iranian breakfast changes. In Jahrom, however, they eat a local breakfast with dried sardines. In Shiraz, this is just the Ash Sabzi that takes everyone’s heart as far as its name goes. Shiraz, has one of the most delicious Ash in Iran. In Kerman and the city of Bozqarmeh, Qormeh Nimro is also cooked for breakfast.  Also, most local cafeterias serve it. Halim and Adasi are also among the most famous breakfasts in Isfahan. In Semnan, a special type of cheese is fried with turmeric and it is called Arsheh or Arousheh. This breakfast is much harder to cook than said. However, this has not diminished the difficulty of his fans in this city. Qazvin is known for its delicious meadows. So that the skill of cooking Qazvinis is also registered in the list of national heritage. 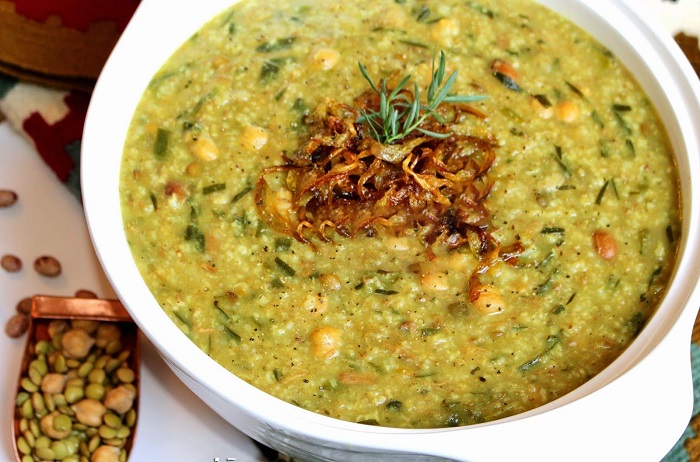 Persian breakfast in the east of the country

In South Khorasan, they have a food called Togi. This food is made with millet and milk. In North Khorasan, they make a famous breakfast with yogurt and call it Sankhast. Eating yogurt for breakfast in North Khorasan is not a strange habit. They also make another food called kameh. This breakfast is very appetizing. In addition, it is common in Naein. Also in Esfarayen with yogurt and local butter, a breakfast called Maskeh is made. In addition, they eat it with tomatoes or dry bread.

In addition to local breakfasts throughout Iran, there is another authentic Persian breakfast. This breakfast can include bread and cheese, along with your favorite vegetables. It can also be from differents egg types such as Omelettes or Nimroo. Also there is a delicious breakfast called Kalleh Pacheh. For trying all of these breakfast you can joing us. You can join our team, Iran Destination, and get more acquainted with irantour and all of the tourist attractions and all the requirements to travel to Iran. Iran travel agency, Iran Destination, will organize your trip to Iran. You can offer your tailor-made trip to Iran or visit our programs on the Iran tour page. You can contact to our Iranian travel agency, our agents are online to answer all your questions about iran travel. 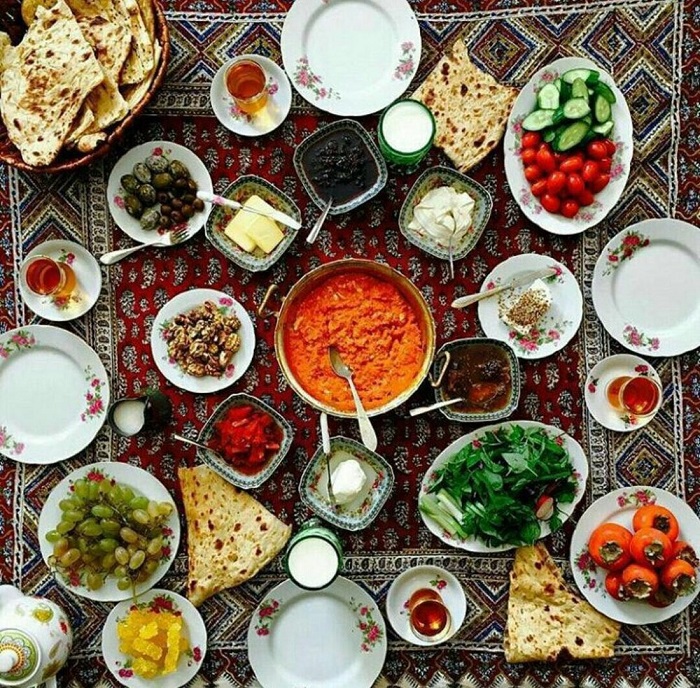