Sassanian Kingdom has left several mass-reliefs in Naghsh e Rostam where is known as the Historical Pictorial Heritage and Pictorial Museum in Iran and all over the world.

Naghsh e Rostam Reliefs are one of the most important and beautiful ancient monuments located about 5 km from Persepolis, on mount Haji Abad.

Naqsh-e Rostam Shiraz is a historical site in the mountains of Persia and houses the oldest buildings, tombs, reliefs and inscriptions of ancient Iran. Around Naghsh-e Rostam, there are other historical areas that are an important historical source for understanding the history and civilization of Iran in the BC and early AD.

The difference between Naghsh-e Rostam and other historical attractions of Persia is the placement of works from three prominent historical periods in it. Naghsh-e-Rostam region had a special place for the Achaemenid and Sassanid kings, and for this reason, many relics from these periods can be found in Naghsh-e Rostam.

The tombs of Achaemenid kings, including Darius the Great, Xerxes and Artaxerxes I and Darius II, the important events of the Sassanian era, including the restoration of Ardeshir Babakan, Sassanian’ first king and the victory of Shapur I on the Roman emperors, a monument called Zoroastrian Kaaba and a ruined row of Elamites’ reliefs in Naghsh e Rostam.

The role of Rostam Shiraz in Fars province is one of the main ancient centers left over from the Achaemenid period. Other historical monuments of Persia such as Pasargad, Persepolis and Naghsh-e Rajab also have reliefs and monuments similar to Naghsh-e-Rostam region and the careful study of these areas by historians and archaeologists has provided acceptable historical findings from ancient Iran. In Naqsh-e-Rostam region, in addition to the remnants of the Achaemenid period, there are also outstanding works from other historical periods that double the importance of this region.

The first relief of Naghsh e Rustam is a section carved in the Sassanian period but no carving has been adorned in this part. The site is carved 10 meters for its length, 5 meters height and about 2 meters above the current level.

However, it seems that this area belongs to the late Sassanian period, which was intended to contribute to the important events of Sassanid era. Moreover, the depth of this space is more than the other ones indicating more protection has been made for this relief. 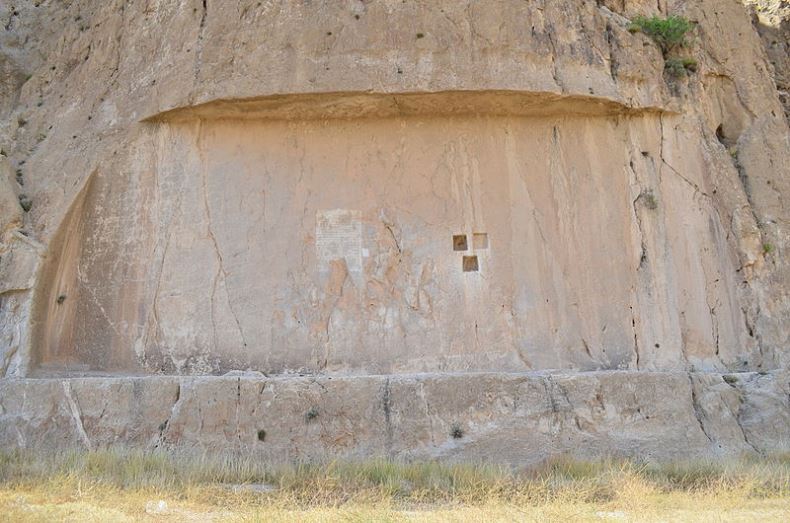 In this role, Nersi receives the ring of power from Anahita (Goddess of Water). However, the role, Nersi has a coronal crown higher than Anahita crown. This shows his majesty. 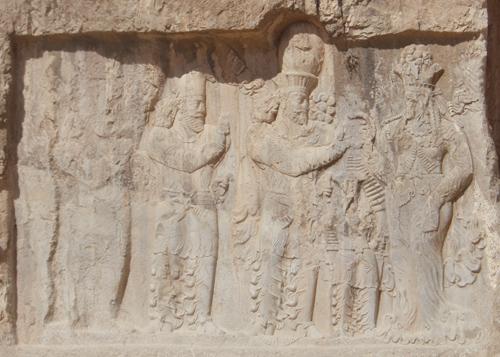 In this prominent carving, Bahram II (298-276 AD) is horseback and fighting. His  spear is against the enemy and the enemy’s spear is broken.

Bahran’ horse throws a Roman soldier to the ground in the battle. hence, this relief embodies two scenes that are distinguished by a striking lineup. There is a Persian soldier has flipped a flag behind Bahram II. 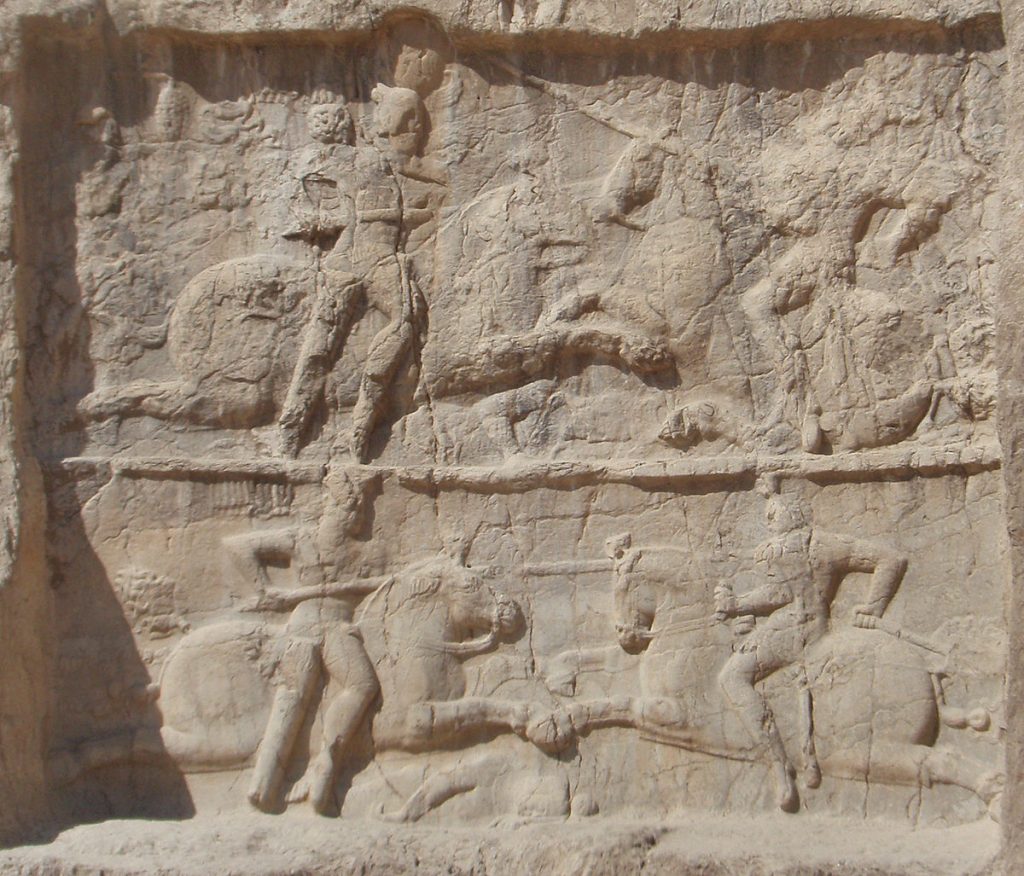 Shapour I against Roman Emperor

This relief belong to the battle of Shapour I against Valerian the Roman emperor. However, the victory occurred in 263. Artistically, this relief is the most beautiful picture of the Sassanian victory.

Furthermore, in this carving “Valerian” is a Roman refugee, Philip Arab the king of Roman emperor has kneel down extended one hand to indicate his acceptance of his bounty and begged for forgiveness in front of him. However,  the relief indicates to glory and power of Sassanian Emperor. 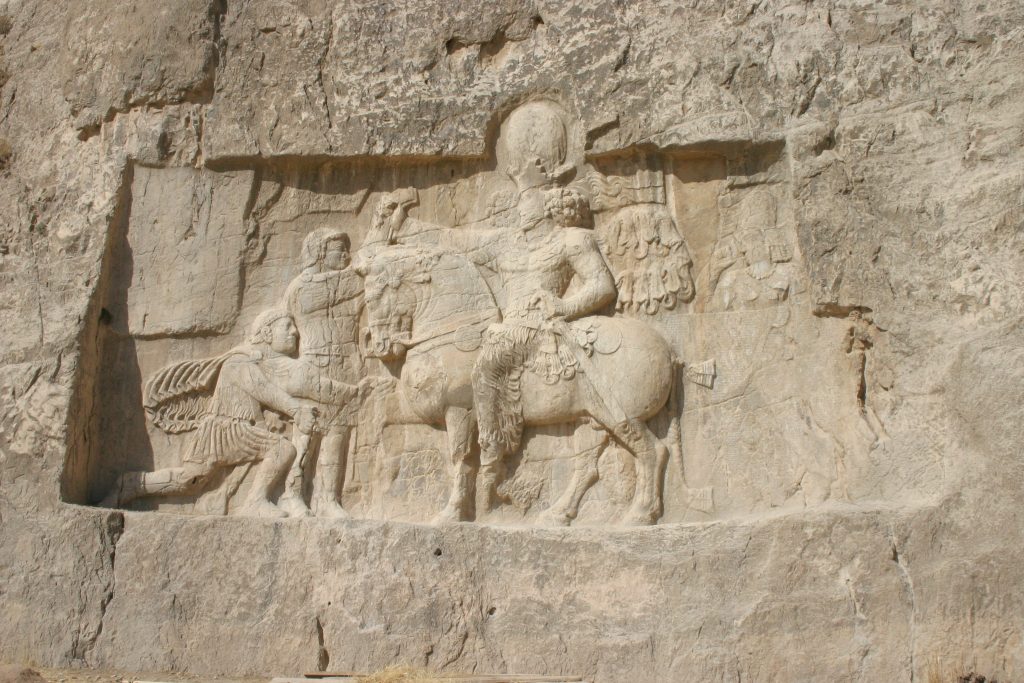 However, there are two reliefs under the tomb of Artaxerxes I, Achaemenid King: the upper carving is Azar Naghsh or Shapur II which has almost disappeared. Anyway, the other relief belongs to Hormuz II showing the victorious scene of the king on the enemy, though.

Anyway, there is probably a role from Shapur II (379-309) under the tomb of Darius II . In this relief, a ride that has a crown, drops its spear to the enemy, and they both have armor. 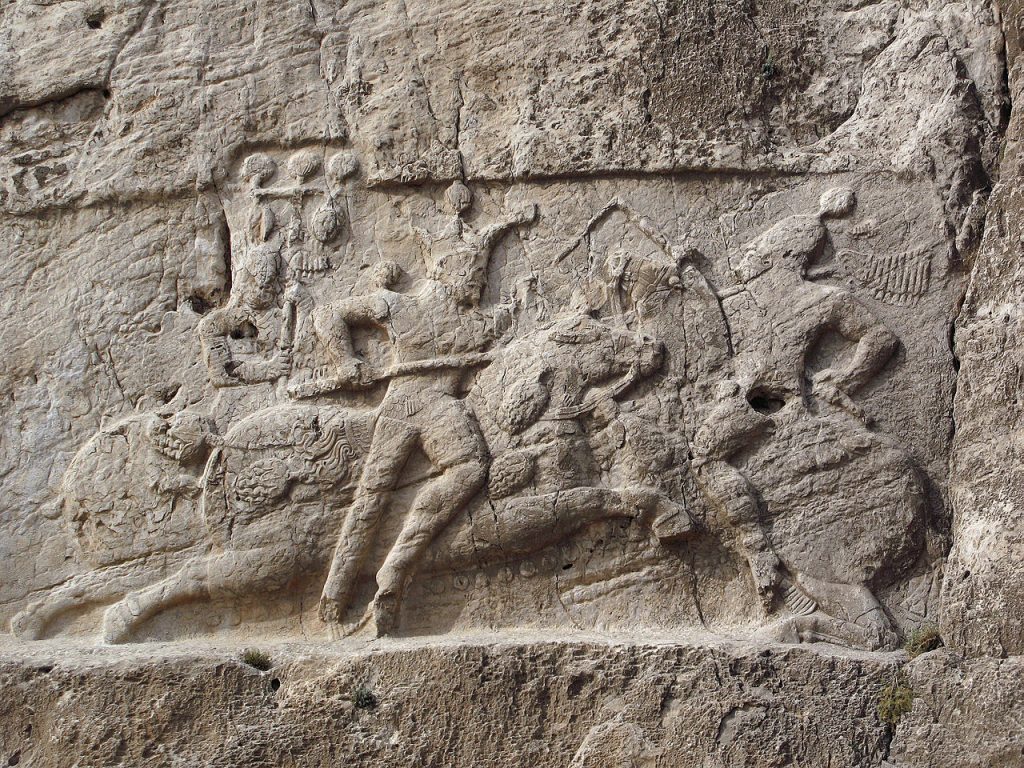 This relief belongs to two different periods: one era of Elamite 700 years ago and the other the victory of Bahram II (294-274 AD), which was carved on the Elamite’ relief.

In this carving, the king stood among the members of royal family while holding a sword with his two hands to show his power. 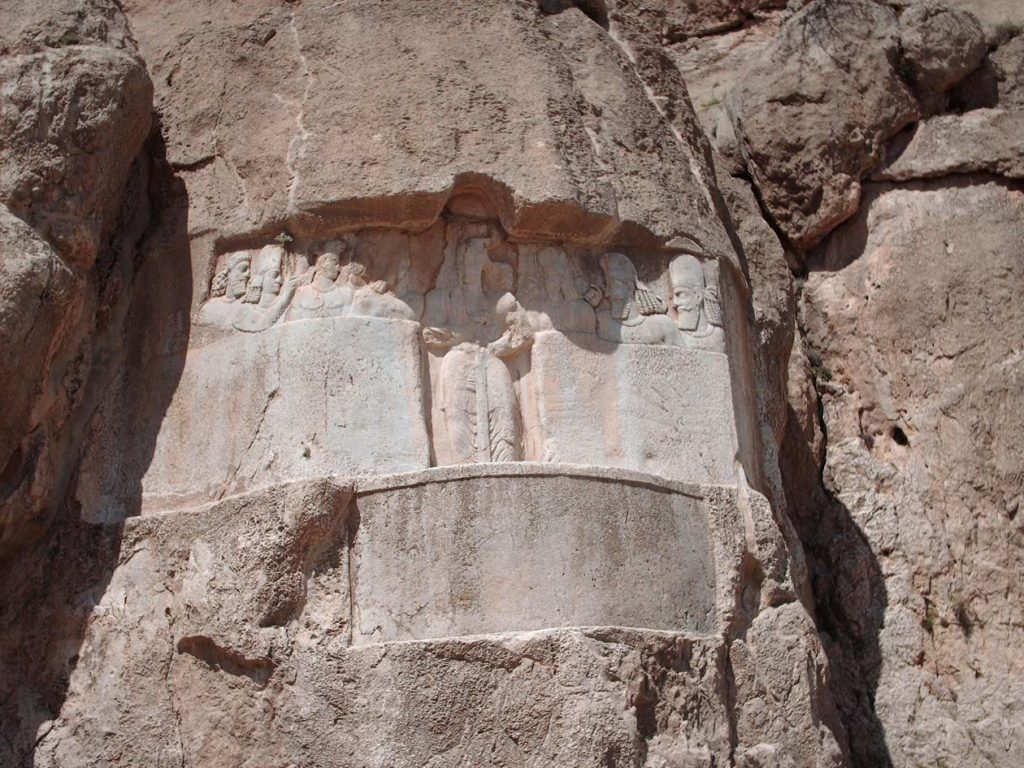 Ardeshir is gaining the ring of power from Ahura Mazda, and Ardavan V, the last king of Ashkani is defeated which is shown under the horse’s hook of Ardeshir. hence, Ahura Mazda also smashes Ahriman, who has snatched two snakes from his forehead. In this relief, Ardeshir is equal to Ahura Mazda. 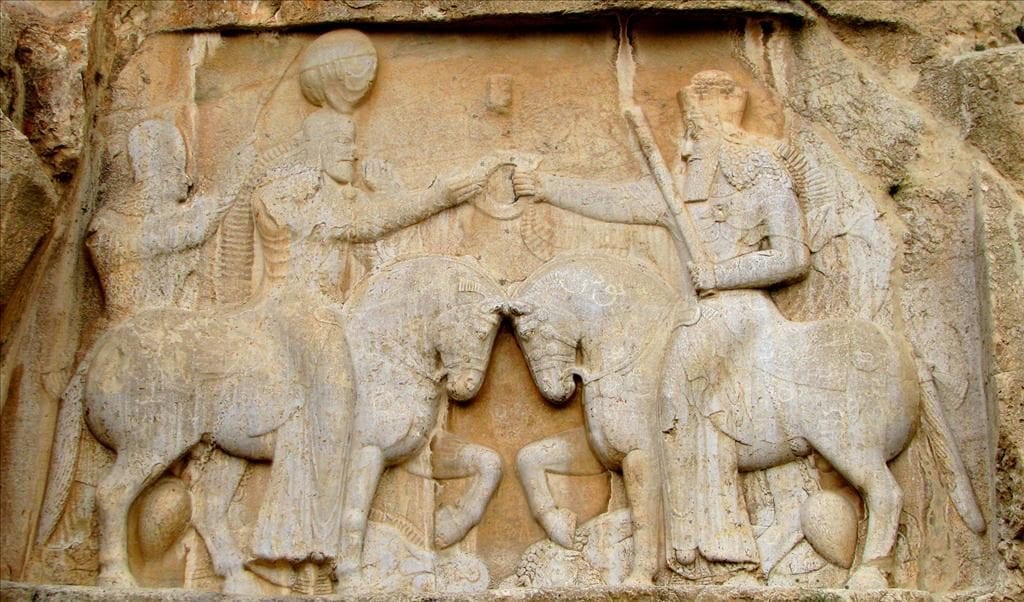 Iran Destination is a well-known Iran Tour Operator in Shiraz which makes your trip to Iran easy and memorable. We suggest you to have a look on our  Iran Tour Packages. Please feel free to contact us regarding any issue. Our Iran Travel Agency is ready to help you to travel to Iran.