this should be noted that one of the most striking features of the Village loft wind catcher large and small houses located in this village is the very image of beauty, it is brought and is very attractive. It should be noted that loft port is one of the gateways to Qeshm Island. So that very important business transactions have been carried out in this port over time. And have a high political and economic value. In this village all its houses have a central courtyard and Windward. It is better to know the Centers of the neighborhoods around the mosques have formed very beautifully and have given a very special effect with the village. It should be noted that the village is registered in the national monuments of our country. And has been able to name the first eco museum of the country to allocate.

The texture of the village of loft can be divided into three different parts. One of these types of textures is the original and old texture of the village. In fact, the old part of the village consists of the primary core in the central part of the current construction. This type of tissue is located between the hills around the water wells and the sea. This type of texture is located in several main directions. And parallel to the coast of the village and has given a special shape to the village. The construction and musical instruments, the northern part of the other types of tissue, of this village. It is in its formation, several factors, such as the Comprehensive Plan, that with a limited surface has a dispersion greater than the construction and musical instruments, the southeast is also the textures on steep hills, the village is formed.

Also, making musical instruments, the southeastern part of the village from other types of tissue, the Village loft is on the slopes of the hills are scattered with a low population, and a density of construction is formed. This type of tissue is carried out on surrounding flat land with distance from the sea. In general, the old tissue of the village located next to water wells and water storage, and the new tissue spread along the coast. This has led to the creation of two different worlds in the village and has added to its beauty and attractiveness.

people and their occupation in Laft port

It is better to know that the people of the village of loft with a dialect. Such as Persian port speak and their dialect is very close to the people of Qeshm Island. Also, in terms of coverage, some men wear traditional clothes such as white turbans and others wear ordinary clothes. Women also burqa on their face and use a type of scarf called Ari or Liu to cover themselves.

It noted that this type of coverage burqa that on your face can leave from our country. Iran to the regions of the Arab population gone and, more to avoid the sun on the face and eyelids, talk, and so to the veil doesn’t.

Considering that the lives of the people of loft village have undergone a number of changes today, fishing and debris were the main occupations and professions for their livelihood. And also because of the lack of fresh water resources, few people engaged in agricultural work. And cultivate wheat and handle palm trees. Also, other work that the people of the village of loft engaged in is the Chinese twig, Chinese grass and animal husbandry. You can dare say that in this village you will enjoy talking to warm-blooded people. It should  noted that in recent years, the industry has boomed and fishing. And fewer people use these industries and more for their daily use to catch fish.

the village of loft considered as the center of Qeshm Island since very distant times. The people of this village traveled through sailboats to different countries. Including India and African countries, and traded and traded with them. Most of the Old Men in this village have mastered Arabic, English, Swahili, Hindi and yen. Even as a result of this commute, many of them connected with the girls of this country.

It is best to know that the absolute maximum temperature of the village is 46 ° C. And the lowest value is zero ° C. It should noted that the wet air flow of the West and North. It is the most important air that causes rainfall. 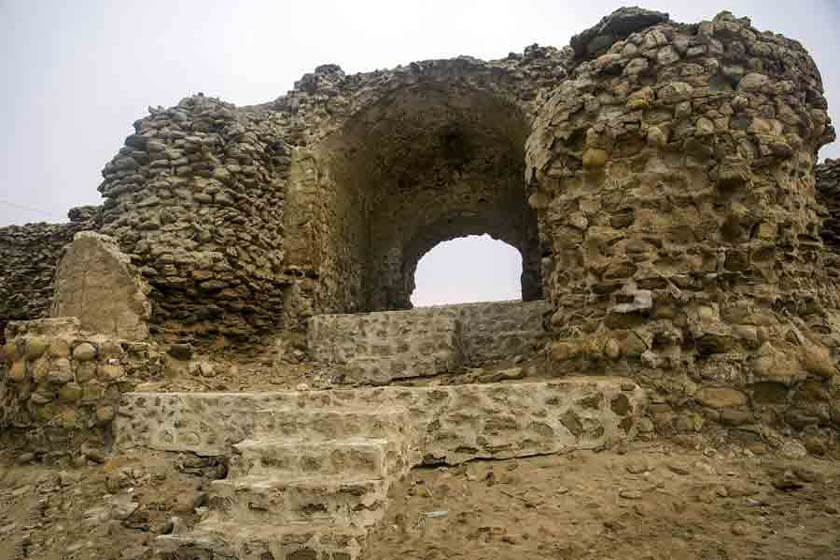 It is better to know that the main access to the village from the side of Qeshm Island. It is from the northern part of it. So that in the ancient texture of the village its main paths formed north – south. So that these paths well connected village mosques. It is better to know that today, the paved way along the seashore is the main access of the cavalry in the whole village. In fact, in this village the spaces between the scattered textures play the role of passages. In general, when you get to Qeshm Island, you can go from the bridge to the loft Quay.

The entrance to the village of loft means the presence in a wonderful and different world. Also, this rural area with not so great of his works of historical beauty is the charm and beauty of this village added, And this has caused every year by tourists and travelers a lot to this village travel. Including historical monuments of the village can be to the castle, Portuguese, castles rarely, domed, circular, etc.

It is better to know that the village of loft is located in the humid and very hot area in terms of summer divisions. It is also located in a humid and warm area in terms of winter divisions. Also the sultry and humid air of the beautiful island of Qeshm has endured few months of the year for non-Indigenous people. Traveling to this village reaches the border between two different worlds. In one part of the village you see a traditional texture and on the other you see a new loft with a different and new look.

If you plan to travel to the village of loft the best season to travel to loft autumn, early spring and winter. Because the weather of the village of loft is temperate in these seasons. And no longer news of sultry heat and the weather will very air-conditioned and pleasant. It is better to know that the village has only two temperate and warm seasons and no cold season. In this village, the Heat season is 8 months and its temperate season lasts 4 months. In fact, with the onset of the cold season in our country. Iran, and especially in the northern half of the best time to travel to visiting village in half south of the country.

One of the people’s handicrafts of loft village is the mat weaving crafts that people use for livelihood and entertainment. In this village and Qeshm Island, people use mat to make beautiful Brewers, fruit containers, Wicker pots and large round trays called Sepp. Additionally, crafts, girls, and women of the area to the kilim weaving. And something traditional, also are busy and other crafts of the peoples of this region souzandouzi, etc.