Khouzestan province has a variety of tourist attractions, from Snowy villages to warm beaches, and from waterfalls and plains to historic houses.

The history of human life in Khuzestan province dates back to 2,700 years BC and the period of Ilam civilization. Important works of the Elamite and Achaemenid period have remained in this area, indicating the history of the region. The southern province also has abundant oil and gas resources.

Khuzestan is from the north to Lorestan and Ilam and from the east to Chaharmahal and Bakhtiari and Kohgiluyeh and Boyer Ahmad. Its southern neighbor is Bushehr province, and Iraq is located in the west of this area. Khuzestan has Snowy Mountains in the North and reaches the Persian Gulf waters from the South.

Important cities of Khuzestan province are from Ahvaz, the center of the province is Abadan, Khorramshahr, Dezful, oppression.

Khuzestan is divided into two Plains and mountainous regions. Iran’s largest river, Karun, is flowing in the province. Dez River, surgical River, karkhe River and Zohreh hendijan River are located in this area.

Some cities in Khuzestan province have semi-desert climates and others have hot steppe. Early autumn until late April seems to be a good time to travel to this province. In Nowruz holidays, the cities of this province are hosting a large number of Nowruz guests.

Cities and sights of Khouzestan province

Ahvaz is the capital of Khuzestan province and dates back to the era of Ilam civilization, i.e. when its name was auxin. Most travelers who travel to Ahvaz spend a lot of time next to Karun and its bridges. In the beach park built along the Karon, it is possible to take walks and picnics. Also, Karun Beach, Black Bridge, cable bridge with its famous rainbow waterfall and beach restaurants are the people’s resort. Nature Bridge and white bridge are also good choices for walking.

Susa is one of the oldest cities in the world, which now has valuable historical monuments and ancient landscaping, many tourists to bring. Ziggurat chogha Zanbil has survived the Elamite civilization. The historic castle, Susa  next to the remains of the palace of Apadana, the Tomb of the prophet Daniel., the museum Susa, Museum Haft., the river and Ivan karkheh., the National Park karkheh., the river  and wetlands  from Ardal, the longer it is. The ancient area of Susa and Ziggurat chogha Zanbil are recorded in the UNESCO list. 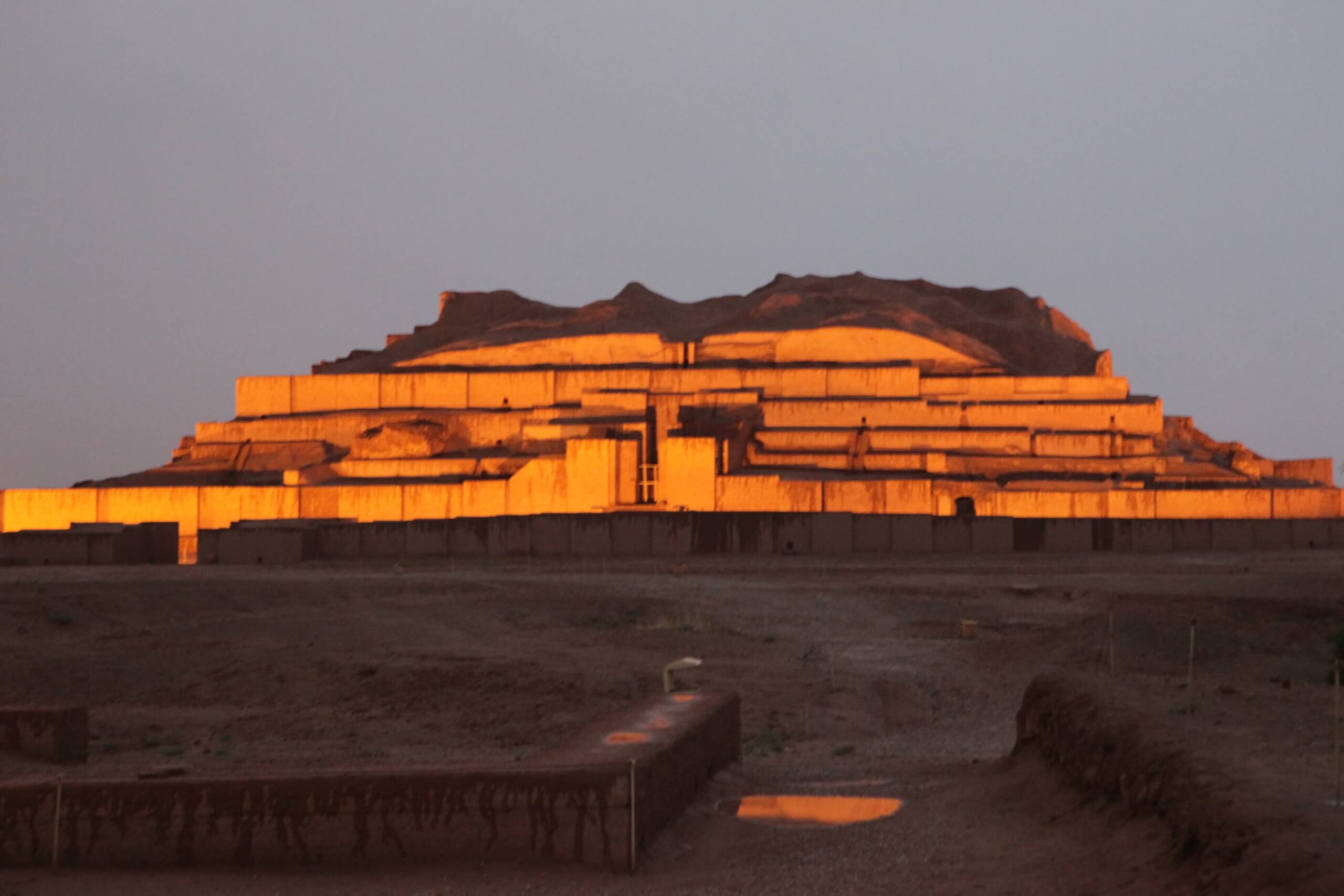 Dezful with the name of the old Dezful is a few thousand years old. Fertile soil and good weather Dezful and of course Orange is famous.

Abadan has left many first behind. The first intercity bus, the first outdoor cinema and the first telephone taxit that had some examples of this modern city. By leaving behind the war, life is now going on again.

Subsequently, One of the famous attractions of Abadan is its booming markets, including Amiri market, central market, Kuwaiti market, kanzalmal market, tahlangi market and fishermen market.

Subsequently, The city of water mills, which has been the capital of Khuzestan province in the past. Shushtar is famous for having the global effect of water structures and waterfalls and attracts many tourists every year. But there are other attractions, such as Aminzadeh House, Marashi House, salasel Castle, Mostofi historical complex, shushtar Jame Mosque, hatchet Tower, Lashkar bridge, shadrvan bridge or Kaiser bridge, qazar Bridge and gas House.

The Baghmalek is located in the east of the province and has a balanced and cold weather compared to the coastal cities. Malaga village in the Baghmalek and belonging to the village of Castle Hotel is considered as a cool mountain attraction of the province. The best time to travel to Malaga is spring and summer.

Izeh’s historical background dates back to Ilami civilization. His old name was malmeer and was once considered the capital of atabakan.

Lali is located in the north of the Masjed Soleiman and is considered as a village until 1989. However, The limestone cave near the Lali and arpenah waterfalls in the North is considered to be the charm of the city.

Khorramshahr has many wounds since the war, but its rivers still rise and its groves are green. In the city of arvandrud and Karun come together.

Where in the old city was called, behbahan is now called. Furthermore, In this city, traces of the second millennium of BC have been discovered, which shows its history.

Beautiful city is the most famous tourist attraction, but there are other sights in this city and its surroundings. The remains of the Sassanid bridge, called Bekan, pahban Museum of Anthropology and archeology, Tang Takab and maroon recreation Plage are among these.

Subsequently, The old name of the mosque is Solomon parsumash and dates back to the civilization of Ilam. The city that has the first Middle East oil well in its heart is now famous for having natural attractions.

Ramhormoz is located in the east of Khuzestan and the surgical river passes by it.

It is located in the north of andimeshk province, whose name is Hindi Musk. Moreover,  In andimeshk, you can visit the tourist area of Mangar with its fountains and gardens, Dez dam and Plage Dez, Rose Castle, karkhe dam and the ancient bridge of Sayh or Abbas Khan.

The port of hendijan, known as the port of mehrvyan, has both oil reserves and a river from which a variety of Fish and shrimp are fished.

consequently, The spectacular views of the port of hendijan include the banks of the Zohreh River, The Remains of the ancient city of ASC, the fishing and recreational pier, the fishermen’s market, the village of dehno and the beach of Serim.

Meanwhile, Mahshahr port is located in the south of the province and has two parts, old Mahshahr and industrial zone. Khor Moses, shrines of Prince Hamza, Groves surgery, Boneh island, Ghazaleh, Khor majidieh, Khor three miles, Khor Saif and Khor Timur are considered to be the spectacular port of Mahshahr.

Above all, In Ahvaz and other cities of Khuzestan province, luxury hotels are found to be cheap. Next to the hotel a few years is that the resorts  with  traditional embraces the guests are; or like the residence and residence cool Castle in meshgin Shahr, surrounding nature  in the village  the residence  in scroll down to.

Therefore, the residence of Tikrit after liberation, located in the village of  Haft. Traditional hotels of Afzal mansion and Sarabi in shushtar are also called.‌

Tourists in the city of shushtar can go to the restaurant Mostofi House, Daisy turquoise, restaurant baghsha or tablecloth House division.

In minushahr, mozif Haj Abdullah is the language of the locals and guests. Moreover, Restaurants 15 Khordad, Aquarium and Ilya are famous in Khorramshahr.

Gabe, a variety of Wicker products, pug on gold, silver and Scrimshaw ornaments, glimbaffi, copob weaving, local clothing, mosaic, buryabaffi, stone lathe and local carpet are among the handicrafts of this province.

Tourists are to the province of Khuzestan, traveling, etc. souvenirs of the edible variety they find, such as dates, etc. even more. khārk, fish, Southern Amateur and shrimp, etc., the sap of the palm and ardeh, etc. types of halva, as halva ardeh, etc. halva, etc. a variety of muffins, traditional including muffins, salt and maroon and also  seven colors.

Also, In this province, Yalda has a special place. In the evening, people waited for the legendary quaroon to visit the houses in a woodcutter suit and bring firewood. Shahnameh reading ceremony is customary in days such as Nowruz and Yalda nights, especially between Bakhtiari and still stands.

Coffee drinking is another custom of Khuzestan province that has flourished among the Arabs. Guests in this land are very dear. The hostess brews coffee in a dish called delle and pours coffee in special cups for guests. This coffee has a special taste.

Above all, The position of Eid al-Fitr is cherished among the Arabs. Eid al-Fitr breakfast can be porridge or helium. Then the visit begins with nuts and sweets from the guests.