In practical terms, ‘kiasu’ means that Singaporeans love a bargain and hate missing out. But where did this deep-rooted belief come from?
I’d only been in Singapore a few months when I had my first experience of kiasuism. It was a Saturday afternoon and after a couple of hours exploring the shopping area of Orchard Road in the dense, heavy heat, I headed to the MRT (train) station weighed down with a pushchair and two tired children ready to go home.

The station was thick with people, and I searched for a way to get to the train platform. I spotted a lift and squeezed into a queue of about a dozen people, who were dutifully waiting even though there were two escalators less than 100m away. There was an air of anticipation as the lift cranked its way up to the concourse. As the lift arrived, everyone surged forward. Once the last possible person had squeezed in, the lift doors slid shut with a ‘ding’. I was left on the concourse, perplexed.

This ostensible lack of consideration hadn’t been my experience of Singapore thus far. Previously, construction workers had stopped their jackhammers as I walked past so as not to wake my sleeping baby. I’d had umbrellas offered to me when getting off the bus in the teeming rain. So why did getting into a lift seem like survival of the fittest?

I soon learned that this is what it is to be ‘kiasu’. 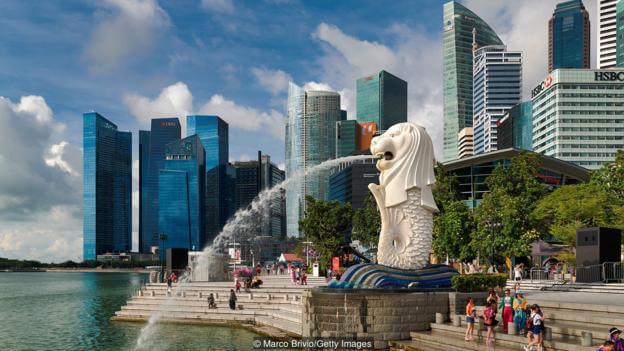 Kiasu is a Hokkien (Chinese dialect) word that comes from ‘kia’, which means afraid, and ‘su’, which means to lose: fear of losing out. In 2007, the word was included in the Oxford English Dictionary, where it’s described as ‘…a grasping, selfish attitude’.

Dr Leong Chan-Hoong, senior research fellow at the Institute of Policy Studies at the National University of Singapore, explains it as survival instinct. The small, young nation, just 53 years old, he told me, is vulnerably situated in the middle of South East Asia, surrounded by neighbours who are culturally different from Singapore.

In practical terms, this means Singaporeans hate missing out and love a bargain. They will queue endlessly for the latest model of a phone or even a limited edition Hello Kitty toy in a McDonald’s Happy Meal. Singaporeans themselves joke about their ‘elbows out’ mentality at buffet meals, piling their plates as high as possible. And going to a food court means quickly coming to terms with the Singlish word ‘chope’, which means reserving a space while getting food by putting something such a packet of tissues or umbrella on the table.

“Kiasuism is still rather controversial as a behaviour,” said local literary critic Gwee Li Sui. “Nobody likes it done to them, and yet many quite happily practise it. When we see others show it, our feelings range from awe and mild amusement to annoyance and embarrassment.” 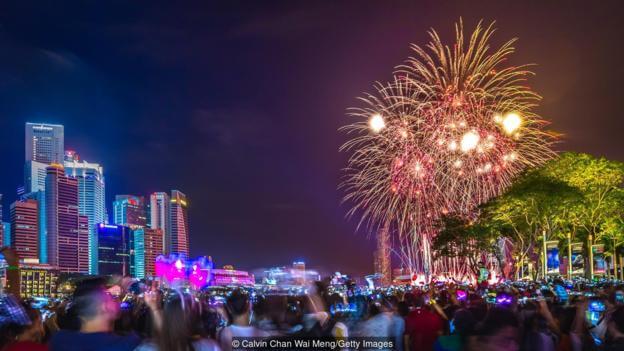 A 2015 National Values Assessment survey found that Singaporeans listed kiasu in their top 10 perceptions of Singapore society, along with being competitive and self-centred. Conversely, when asked the values and behaviours that best describe themselves, family relationships and friendships and being caring and honest all appeared in the top 10.

This shows that the country’s residents are keenly self-aware about the difficulty in finding a balance between getting ahead in life without eroding their society’s largely positive value system.
But not everyone in Singapore sees kiasuism through such a serious lens. Artist Johnny Lau found a way to get Singaporeans to examine themselves through comedy. He created the hugely popular comic character Mr Kiasu, who became an iconic part of the cultural landscape in Singapore during the early ‘90s and is now enjoying a resurgence with a new instalment of the comic called Mr Kiasu: Everything Also Like Real.

In the late 1980s, Lau returned to Singapore from the US, where he had been studying. With The Simpsons making a big splash on TV, Lau wanted to create something similar in Singapore. The idea came to him while he was doing his mandatory National Service with the army.

To his surprise, despite there being a mix of ethnicities and languages in Singapore’s multicultural army camps, the young officers managed to find common ground through military slang.

“I met a lot of people who were using certain words that cut across different races. Not because you are Chinese, Indian or Malay,” he said. “The word ‘kiasu’ was popping up inside the army camps. It wasn’t commonly used outside the camp.” 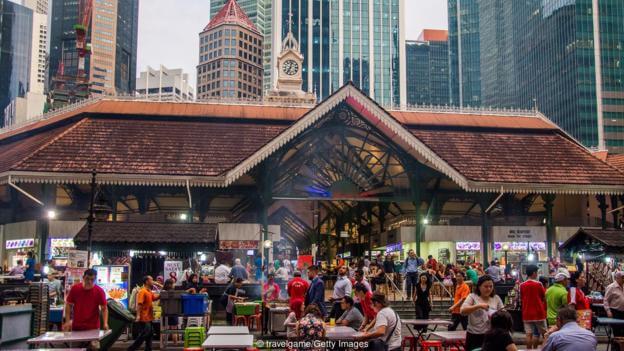 In this context, according to A Dictionary of Singlish and Singapore English, the word ‘kia su’ (as it was written in its original form), was used to mean over-cautious soldiers who were afraid to fail. For example, in Michael Chiang’s play, Army Daze, first staged in 1987, a kia su soldier is so afraid of failing his eye test that he memorises the whole eye chart the night before.

But for Lau, it also described “the trait of Singaporeans always wanting to be number one, always want to be ahead, keeping up with the Joneses,” as he put it. And in the two years it took him to develop the character of Mr Kiasu, the word found its way into the mainstream.

When the first edition of Mr Kiasu appeared in 1990, the reaction from the public was mixed.

“Sixty percent were offended, 40% were laughing” Lau said. “The ones who were offended were more conservative people who thought you should not make us look bad in front of fellow citizens or people outside Singapore – as they will laugh at us. But I said that’s the whole point of comics!” 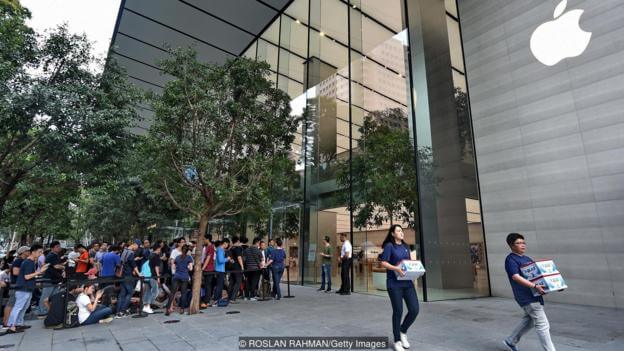 And so Lau persevered. Mr Kiasu was so popular that a TV series and toy range followed, and a McDonald’s burger was even named after it. Within two months of its launch, 1.2 million Kiasu Burgers (a chicken burger with extra lettuce, extra mayonnaise and an extra-long bun) had been sold.

“I think when it was first coined in the ‘90s, it had largely negative connotations, it was somewhat loaded,” Chan-Hoong said. “But over the years it has become a lot more nuanced… it’s [become] almost like a competency.”

In recent years, kiasuism has come under fire from politicians and others. Kuik Shiao-Yin, a nominated Member of Parliament criticised it for stifling creativity in business, saying that the kiasu entrepreneur is driven by anxiety to make short wins rather than winning at the long game. 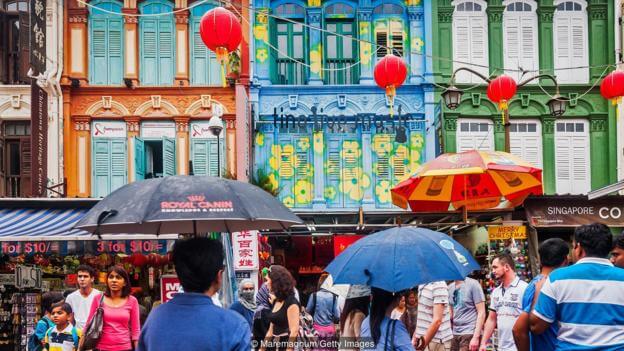 But other Singaporeans are determined to keep the kiasu spirit alive.

I asked Cecilia Leong, a mother of four-year-old twins, whether the so-called ‘kiasu parent’ is still relevant. Her response: “Of course it’s still relevant, I am one!”
Before becoming a mother, she was determined not to put pressure on her children to achieve academically, but afterwards was a different story.

“I started to look for a good preschool when they were six months old,” she said, adding that she also found herself signing her twins up for extra English reading classes and hiring a private Chinese tutor.

“I realised that I have to give them the best that I can. Being in a competitive country, I do not wish to let my children lag behind other children,” she said, admitting that would cause her more stress. 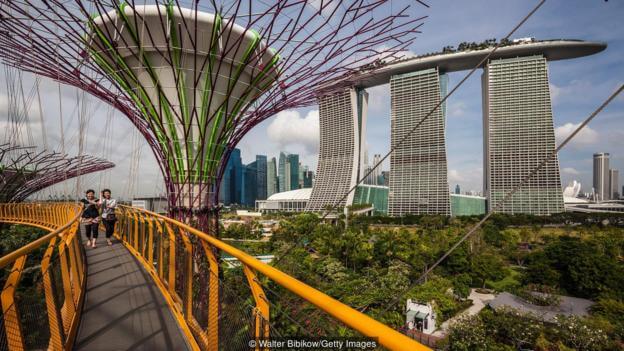 Her husband Lim Soon Jinn chimed in with his take on kiasu. He believes that because his country has no natural resources, being kiasu is key to its success. “Our forefathers survived through being competitive, and therefore as a parent we need to instil this spirit in our children from an early age.”

“We have no choice,” he said. “We can never break out of this because being competitive is our only resource. No water, no food, no land – only by being number one can we survive.

So it seems that kiasu isn’t simply the #FOMO of an Instagram generation. It’s a deep-rooted sense that only by being ambitious and wanting to be the best will you (and your country) be able to thrive.