Tourism industry in Iran has very high capacities for growth and expansion. According to the World Tourism Organization, Iran ranks 10th in ancient and historical attractions and ranked fifth in natural attractions in the world In 2016, a total of 4,911,920 foreign tourists visited Iran, a decrease of 9.9% from the previous year. Iran Tour

In addition,according to experts, the industry has not enjoyed the development it deserves. One of the reasons is the lack of suitable economic platforms in Iran to attract investment in hotel construction and other peripheral industries in this area.  Investors’ unawareness of the existing fields in Iran and poor publicity, as well as the spread of negative news from Iran, social and religious restrictions for foreign tourists, as well as political tensions with some Western countries are other obstacles to the growth of the tourism industry in Iran Tour. 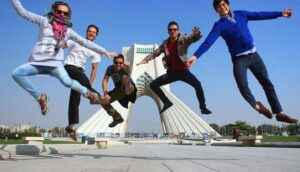 Compared to Iran, some countries have been able to leave a successful record in this regard. For example, in 2007 alone, about 5 million foreign tourists visited Dubai in the United Arab Emirates in the south of the Persian Gulf.  Iran, with a share of less than one-fifteenth of the number of tourists in Dubai in the same year, accounted for just under 1 percent of the global revenue from the tourism industry. Iran Tour

Most of the tourists arriving in Iran are generally from two countries, Iraq and Lebanon, who travel to Iran for pilgrimage or treatment. To compare the poor tourism situation in Iran, Singapore with a small area of 720 square kilometres has been mentioned that it has several times more tourists than Iran.

Mashhad is the country’s most important religious hub due to the presence of Imam Reza’s court. Every year, a large number of Iranian and foreign pilgrims travel to the city from neighboring and Muslim countries. There are several buildings around the Holy Shrine, such as the courtyard of Goharshad Mosque and … There are islamic religious structures in terms of tiling, architecture and decorative arts.

Figures on tourism in Iran Tour

In the first half of 2012, the provinces with the most foreign tourists were declared Khorasan Razavi, Ilam, West Azerbaijan, Ardabil, East Azerbaijan, Tehran, Khuzestan, Gilan, Sistan and Baluchestan and Kurdistan, respectively. It seems that the second reason for Ilam’s second entry in these destinations is the arrival of Iraqi tourists from the Ilam border to Iran. The same rule exists for Sistan and Baluchestan, tourists from Afghanistan and Pakistan come to Iran via this route. I

On January 28, 2021, the head of iran’s hoteliers association stated that the price was not why people did not go to hotels, and that due to “some restrictions” in the hotel, people were heading to rented houses. Iran Tour

According to tourism experts, indirectly accounting for 6.1% of GDP and half of employment, and paying more attention to it could bring the country out of the employment crisis. Iran Tour

Mashhad, Tehran, Rasht, Qom, Sari, Bandar Anzali, Shiraz, Isfahan, Kermanshah and Chalous with the highest number of trips were the 10 cities with the most tourists in Iran in the summer of 1392. Most of the trips in Mashhad, Tehran, Qom, Sari, Shiraz, Isfahan and Chalous are night trips and most of the trips in Rasht, Qazvin and Bandar Anzali cities have been the type of trips without overnight stays. Mashhad, Tehran, Rasht, Shiraz and Qom have been the five cities with the most major travel destinations.

Iran tourism is very attractive for tourists from different parts of the world. These trips are held in the form of the 10 best Iran tours & trips 2022 to several destinations in one region فقشرثم فخ ّقشد. Also, sometimes tours from the north to the south of Iran. Iran tours are very attractive due to the conditions of the event. If you are planning to visit Iran, be sure to participate in these tours. Of course, Nowruz tours in Iran are much more diverse. Also, you can take full advantage of the Nowruz holiday for Iran tours.