Iran Travel Ban, Those who travel to Iran should be tested and quarantined for 14 days in addition to providing negative Corona testing. Due to the sharp decline in foreign travelers, tourism activists were hoping to reduce restrictions.

Deputy Health Minister and spokesman for the national headquarters cope with the Corona after the meeting on Saturday, 30 Jan months, the staff announced that all travelers, even from neighboring countries, also have arrival to Iran test negative catching Corona (PCR) offer.

Alireza Raeesi said that after all the passengers arriving in Iran. The diagnosis of covide19 scheduled to  test again.

Travelers traveling from European countries to Iran should be in quarantine for 14 days in addition to having negative testing and re-testing, he added.

An outbreak of Corona in Iran in the last days of February 2020 formally confirmed with the increase in cases of the disease Covid 19. In the next, travel to the country  will strange with the limitations.

Matching instruction that the Ministry of health adjusted from 1 July travelers that from the boundaries of the land, sea and air enter.  Iran, required to provide a health certificate approved by authoritative bodies, countries of origin were.

According to news agency Reuters, according the instructions of August, the Ministry of health: “all the passengers on arrival, the screening are in suspicious cases, after performing the PCR test.  The traveler with the nationality of history at the location specified by the Ministry of health with the cost of personal quarantine. It is from the passenger Iranian commitment letter take up duration 14 day quarantine home to be.»

These guidelines and limited to extreme issuance of visas for foreign travelers, etc. In the tourism industry with the crisis facing the village and practitioners in the field were hoping limitations. Especially with regard to the relative decline of new cases of in a recent month reduced.

However, a large part of those entering Iran as travelers are Iranians. Immigrants and foreign countries, and official statistics confirm this issue.

The Ministry of cultural heritage, tourism and handicrafts estimated about 10 million tourists or passengers arrived in Iran in 2019. The corona crisis disrupted these assessments.

According to statistics, the ministry’s deputy of tourism has taken the police and put it at the disposal of ISNA from March 98 to the end of August 99, nearly 262 thousand foreign passengers entered Iran.

The Islamic Republic of Iran customs administration also confirmed that during this period. The arrival of passengers from land, rail and air borders to Iran was slightly less than 85% reduced. 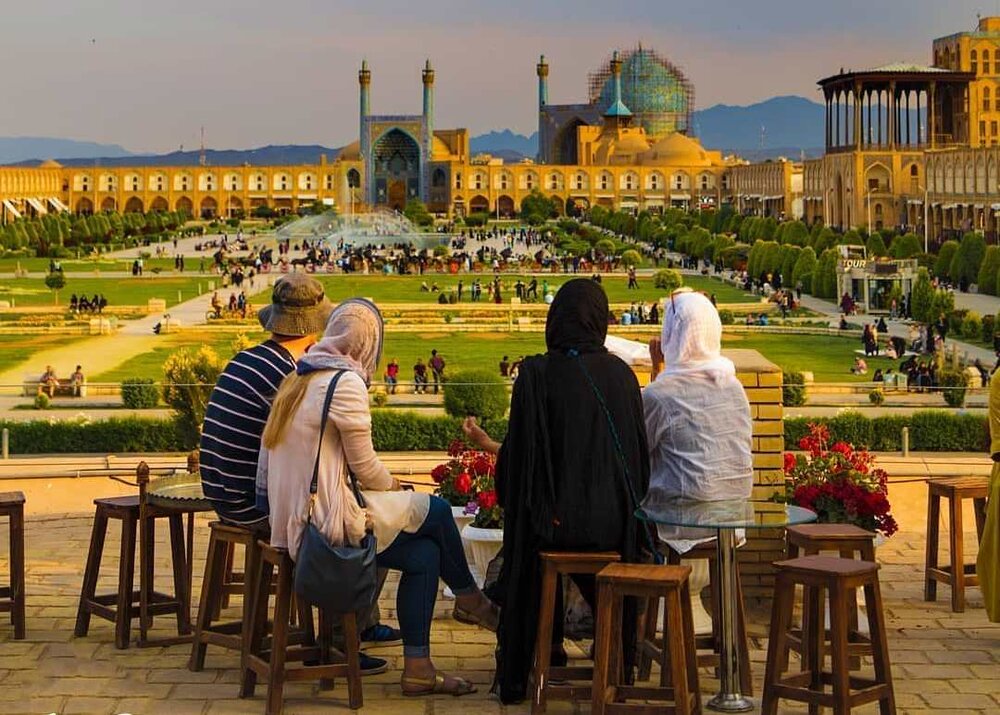 Reuters quotes from the Office of Information Technology and communications, Customs. Said from the beginning of the Year 2020 until the end of December. A total of slightly over two million 707 thousand passengers arrived in Iran are just close to 319 thousands of them Foreign, were used.

In recent months, officials from the Ministry of cultural heritage, tourism and handicrafts. And Iran guides  has repeatedly in the negotiations in person or by writing a letter from the headquarters of the national. It deal with the corona requests have restrictions on the issuance of visas for foreign tourists will decrease.

In this context, though there also given. But the health minister, said Salt last month due to the outbreak of the species tabbed virus Corona in some countries. And view some cases of it in Iran, demanding strict enforcement of guidelines stringent waters entrance.

On this basis, the spokesman for the national headquarters cope with Corona on Saturday. It emphasized that put strict regulations in the case of incoming passengers to Iran closer. And boundaries of the land, sea and air, air blue “strictly” controlled.

Alireza Raeisi hoped to have with the implementation of the exact protocols of Health in six weeks remaining until the end of the year. “The activity of hotels in areas with proper posture and compliance with protocols, stringent and run some tours in Nowruz” possible.

According to a spokesman for the Ministry of Health, six thousand and 318 new cases of Corona in Iran. It  identified at 24 hours ending on February 11.  And 82 people with Covid 19 died.

Above all, 18 Orange City in two northern provinces.

506 patients hospitalized overnight. And nearly four thousand of those hospitalized were in severe covide19 conditions.

Congestion in public transport, family gatherings and excursions are the most important Corona transmission centers in Iran. In about a year past cases, increase the risk of the corona with climbing poses trips suburban significant correlations have this relationship. Especially in the case of the status of the cities of the North. The destinations considered the main short trips.