What are values of Iran?

What are values of Iran?

What are the values of Iran?

Iranian culture in Iran tour is a culture that has passed through centuries of experience of knowledge, wisdom, tradition and manners.  Besides, throughout the history of his homeland, which has the oldest and long history, the Iranian people have been constructive and protective of their culture. Also, Iranian culture has protected the ethnicity and durability of Iran and Iran, because the value and distinction of each ethnic group depends on his culture compared to other ethnicities, and the high Iranian culture has distinguished him among ethnicities and nations.

In addition, in Iran tour many ethnic groups around the world invaded or imposed their culture on residents of those places by invading other lands. Besides, history shows that the invaders who invaded our country, such as the Greeks and Mongols, influenced by Iranian culture.

Moreover, every country has its own customs and traditions, and Iran is no exception, although small habits are passed down generation by generation. Besides, in this article, we would like to introduce some cultural traditions of Iran that you may find interesting to know that they are exclusive to our country and it seems very strange from the perspective of foreign tourists, but doing these traditions since childhood has become part of our normal life.  Join Iran Destination to learn about Iran’s cultural traditions. 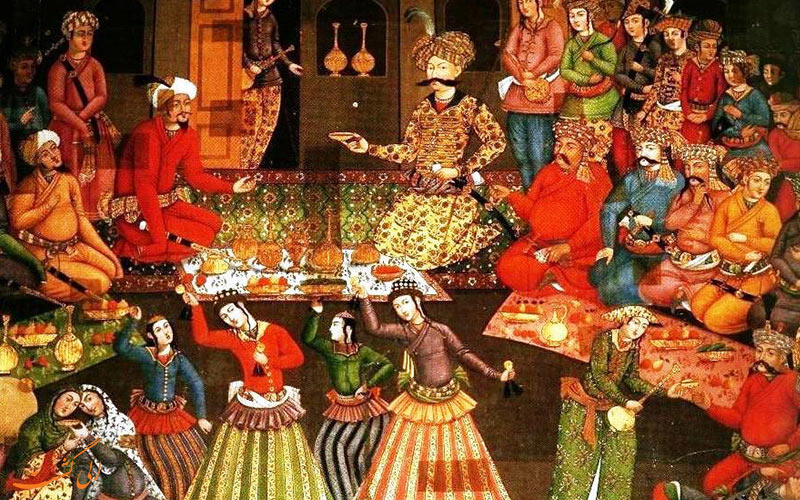 Breaking down is one of Iran’s cultural traditions in Iran Tour, where celebrations, weddings or any other joy occur. Besides, Breaking down has many different types and is a skill that takes a lot of effort to learn from childhood. Moreover, these different types of sounds produce a variety of sounds; in general, any sound that is produced with fingers is called breaking.  Moreover, the easiest way is to break using one’s fingers, which produces less sound than other fingers. In this case, the thumb is pulled tightly from the middle finger.

Suring them in an official group such as the administration may surprise foreigners. Moreover, in Iranian cultural traditions in Iran Tour, the place is to give up a delicious pastry, especially with tea. Usually, when something good happens like getting married, having children, buying a house, etc. Besides, for someone who falls, they ask them to give them sur, as much as he tries, he will probably have to buy the pastry in the end.

Usually, children all over the world call their parents Mom and Dad. But in Iran, there is also something strange to do with the opposite. In the family, we hear a lot of people say, “Mom, John, come here!” And this case of Iranian cultural traditions can surprise others. The point is that the same goes for aunts, uncles, aunts and uncles.

Accepting money for the services you provide to someone is the most established custom in the world. But in Iran’s cultural traditions, they know that the person immediately accepts the money and first refuses to take it, and this is not always the case! It comes with it.  Besides, a habit that may be a bit annoying for foreign tourists.

Asking about costs in Iran Tour

In Iran, asking private questions about income is not a bad thing and they simply ask you how much your salary is? How much did you spend to buy this particular object or how much you spent to go on this trip! Note that although this is completely established in Iranian cultural traditions, it is not accepted by foreigners and may cause them any annoyance. So, avoid asking questions about expenses and personal matters.

Iranians don’t bother to say no at all. Besides, a lot of times, instead of saying this word, they raise their eyebrows and don’t get tired like that at all. Moreover, sometimes they also say “don’t natch”! Which means the same thing. Another way to express dissent is a combination of throwing up eyebrows and saying noches. Of course, if we look more closely at these methods, we may bother more, but we have said no more decisively, and these are the concepts that confuse foreign tourists.

Fruit is a part of life and according to Iranian cultural traditions in Iran Tour; the fruit basket has its own place on the tables. Besides, a large basket of fruit is often offered to serve guests before or after tea. Moreover, while in most countries cucumber is not considered fruit, but in our jamiweh, cucumber is a constant member, especially that today cucumber is found in all seasons. The rest of the fruit basket’s contents depend on the season.

Celebrating the occasions the night before in Iran Tour

Birthday surprises are usually done the night of the birthday (one night before) and it’s very strange for Westerners. Also, it’s not because your friends have forgotten your birthday but the old official that birthdays and anniversaries and other occasions are celebrated the night before. Other than that, however, these celebrations may be postponed to even a few days ago because of the holidays.

Turning your back on others

In no circumstances should anyone sit back, and if we are forced to apologize at first, another of Iran’s cultural habits and traditions may surprise tourists. Besides, even someone who wants to drive or is sitting in the front seat of a car comes back and apologizes to the occupants and usually they answer that it’s okay, be comfortable or don’t have a flower back and forth! Of course, the continuation of the discussion is usually complimentary, which is another part of Iranian cultural habits.

Iran tourism is very attractive for tourists from different parts of the world. These trips are held in the form of the 10 best Iran tours & trips 2022 to several destinations in one region Iran Holidays. Also, sometimes tours from the north to the south of Iran. Iran tours are very attractive due to the conditions of the event. If you are planning to visit Iran, be sure to participate in these tours. Of course, Nowruz tours in Iran are much more diverse. Also, you can take full advantage of the Nowruz holiday for Iran tours.