Did you make your decision and chose Iran as your travel destination? We want to talk about 7 cities iran travel destination for traveling to Iran. Travel to Iran to get to know about it. Are you interested in experiencing that? what do you know about Iran destination tour one of the most famous Iran travel agency in shiraz and also Iran? This is great and you can be sure that the most exciting experiences will be waiting for you. In this article, we introduce all the requirements to travel to Iran. Also, the do and don’ts of traveling to Iran. Also, we answer this question: how to travel to Iran.

Iran is one of the most civilized and cultured lands in the world, which has been known for its architectural and cultural masterpieces for centuries. All the people of the world know that Iran was one of the most important superpowers in the world in ancient times and now it is progressing every day. In recent years, many tourists have traveled to Iran, and Iran is extremely beautiful and amazing for the majority of them, and the beauty and splendor of natural attractions and historical monuments of this border and landscape have disappeared. But perhaps for all people who intend to travel to Iran, the question arises as to what is the best city to travel to.

Certainly, Tehran, as the capital of Iran and the most famous city of this land, is the first suitable place for foreign tourists. In addition to the crowded city of Tehran, there are many sights around it, the most important of which are the ski slopes, the slopes of the Alborz Mountains, the ancient city of Rey and the rivers and dams full of water. There are also relatively good facilities in this city. Like the beautiful museums and city parks, he pointed out that they are suitable for walking and having fun due to their extraordinary atmosphere. The most important sights of Tehran are Milad Tower, Azadi Tower, Tehran Zoo, Golestan Palace, Saad Abad Palace, Imamzadeh Saleh Shrine and the big and historical bazaar of the city, each of which entertains tourists for hours. They will. 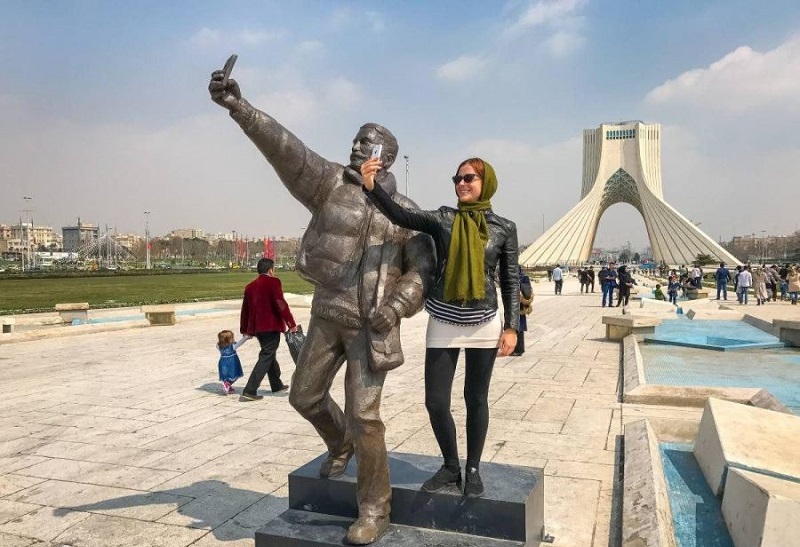 Isfahan is the sixth largest province of Iran and one of the most important tourist centers of this country. There are countless historical monuments and sights in Isfahan, each of which can be interesting and attractive for tourists. The top tourist attractions of Isfahan include Safavid palaces, ancient and wonderful bridges, unique mosques and churches. He pointed out that among them, Sheikh Lotfollah Mosque, Khajoo Bridge, Sio-se Pol Bridges, Janban Minar, Atash Temple, Naghsh Jahan Square, Isfahan Grand Mosque, etc. are more famous.

Isfahan, which used to be one of the largest cities in the world, is now known as the third largest city in Iran after Tehran and Mashhad and is one of the best tourist cities in Iran. Because it is located at the intersection of two main routes north-south and east-west and connects many other cities in Iran. Isfahan became the capital of Persia for the second time in its history under the rule of Shah Abbas the Great in the 16th and 17th centuries AD and during the Safavid period, and today it has retained most of its former glory. 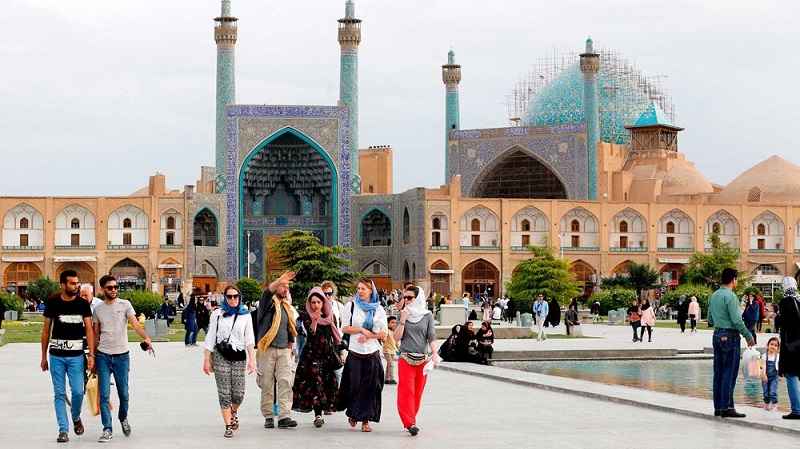 Shiraz is located in Fars province and has always followed the title of culture, art and poetry. The city has nurtured great philosophers, poets and scholars, and the tombs of many of them can still be seen in the city today. The most important sights of Shiraz are the tombs of Hafez and Saadi, Nasir Al-Molk Mosque, Vakil Mosque, Shah Cheragh, Vakil Bazaar, Afifabad Garden, Jahan Nama Garden, Narenjestan Ghavam Garden, Vakil Bath, Quran Gate, etc. . Due to the many places of interest in Shiraz for those interested, it has become one of the most important tourist destinations in Iran.

Yazd is a different city, it may be hot and burning, but it has zealous and hospitable people who make your trip enjoyable. If you are interested in anthropology and culture, choose Yazd for your trip. In this city, you can see an abundance of ancient Iranian buildings, silk handicrafts and desert-loving people. Yazd is located 270 km southeast of Isfahan and has a warm climate, but it has become famous due to its extremely beautiful sights and Iranian architecture. The most famous sights of Yazd are Dolatabad Garden, Grand Mosque, Lari House, Iskandar Prison and Amir Chakhmaq Complex. 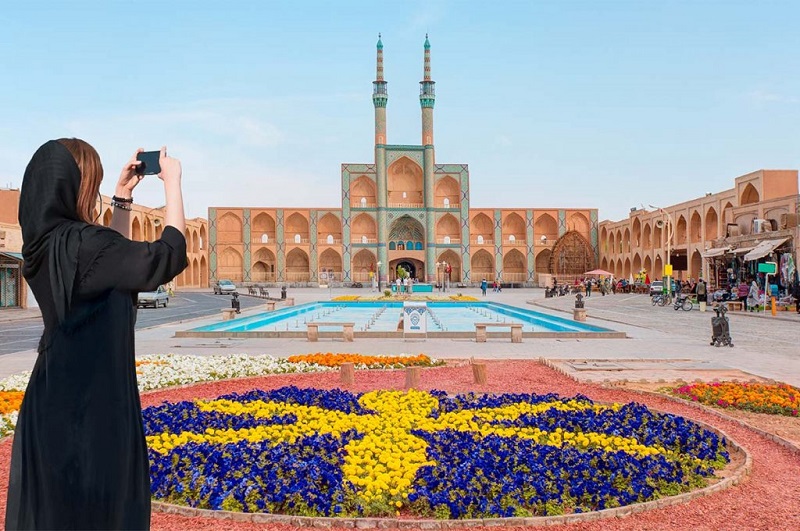 Tabriz is the most famous city of East Azerbaijan province and is known as the city of compassion, kindness and purity. This city is one of the most important historical, tourist and political cities of Iran and for this reason it hosts many travelers every year. Among the most spectacular places in Tabriz, we can name the Blue Mosque of Tabriz, the Museum of Quran and Writing, the ruined mill waterfall, the big bazaar of the city, the pottery house, the citadel of Tabriz, the Anglican Church, etc. Tabriz is the birthplace of many poets and scholars who are Shams Tabrizi.

Kerman is the largest province of Iran, which is located in the desert and southeastern regions of the country. Due to the proximity of this province to Lut desert, all kinds of desert recreations are possible in it. The core of Kerman province is still full of brick and mud buildings, which are really rare in Iran. Among the most important sights of Kurdistan, we can name Bam Citadel, Ganjali Khan Bath, Shah Nematullah Vali Tomb and Prince Mahan Garden.

Perhaps in our opinion, Mashhad is one of the cities that should be at the top of the table of the best places for foreign tourists to visit, but its tenth place in this list is a bit surprising. The city of Mashhad is one of the most famous regions of Iran and the most important religious base of the country. Due to the presence of the body of Imam Reza (AS), Mashhad has found a special place for all Shiites and we see many foreign tourists visiting Mashhad every year. Mashhad is a big city and in its corner there are various sights and entertainment centers. In general, this city can be divided into 12 large neighborhoods, each of which has its own charms. Among the sights of Mashhad, we can mention Nader Shah’s tomb, the main bazaar of the city, Reza Bazaar, Mehdi Gholi Beyk Bath, Haruniyeh, etc.