The Daily Tea Party in Iran

Iran tea, In the midst of Clans “embassies” in the West, the city of Susa. In the event that the tea is ready for a guest exist, in the event that the parties new to the Gather be added to. And sign of respect guest new even in the case of freshly brewed being Tea. Your host is obliged to prepare or “brew” tea new knows.

Tea nowadays in our culture, Iranian special place has somehow was the first time for enjoyment, which in and visit, and in the reception of guests are used to mostly tea. 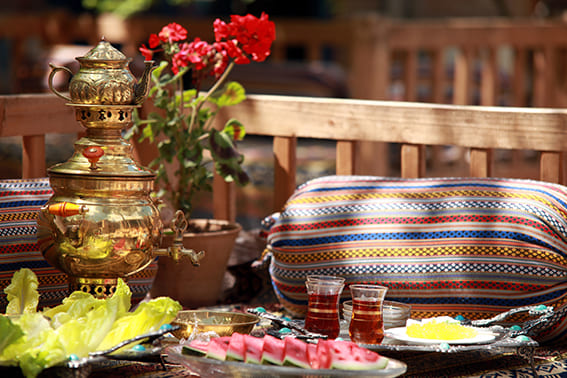 The history of tea consumption in Iran dates back to the seventeenth century AD. Cultivation and tea industry in Iran dating back hundred years . After the arrival of Islam, coffee was first prevalent as a drink, and then tea replaced.

“Mohammad Mirza Chaikar” known as the discoverer of Regent Chaikar, born 1244 solar in Torbat-e heydariyeh. It is from the academy and then from the Sorbonne, France. It graduated, as the general consul in Iran in the year 1276 solar, etc. He, as ambassador to India in the Mozaffar al-Din Shah Qajar, the first person is that of the sublime. And in the role of a businessman to learn the manner of planting and taking on Iran and world pay.

With his great effort and ingenuity, he was able to discover good breeds and tea tonic and with their birth their name lasting. He also chose the city of lahijan because of the proper air for tea cultivation. The city today considere as the center of tea cultivation in Iran.
The Tomb of kashfulsultaneh in lahijan today is a treasure trove of Iranian Tea History in lahijan. He brought three thousand tea seedlings from the Kangra Valley in Himachal paravosh, India, to Iran and successfully landed in lahijan gharas .

After that, Mozaffar al-Din Shah gave him the privilege of cultivating tea in all parts of Iran . Due to similar weather conditions in northern Iran and India. He tried to develop tea cultivation in lahijan and surrounding area, and the first tea factory built in 1312 .

Tea in addition to being a hobo crop to account for it. Taking it in the type of their conversion to a particular culture, too. It is a culture fit with the climatic conditions and local customs largely in parts of our country, is different .

Almost tea today is an integral part of the life of all Iranian relatives. And it offer to guests at receptions and parties. In the ceremony, woo “tea, bringing the bride” the first opportunity to meet face to face the family of the groom with the bride, of course, the issue Gone, Gone, lost color, but still in some regions of the country, is common ).

When the bride brings “tea”, it should take into account that the tea does not fall on the tray. Because it considere as a sign of” slush “and her unfamiliarity to “trick” housekeeping and Lady .

Also, the color and taste of tea, mixed with aromatic substances, etc.  Use the “saucer” or non-use of it for drinking, etc. Samavar being or kettle being tea, Samavar charcoal or gas, or petroleum, the flask, the journey, and each has its own fans.

We Iranians drink tea with different customs. In some parts of our country, including among our compatriots in Khuzestan there are certain customs for drinking tea . For example, among the tribes of “embassies” in the West, the city of Susa. In the event that the tea is ready for a guest exist. In the event that the parties new to the Gather added to. And sign of respect guest new even in the case of freshly brewed being tea, the owner of the house ( the host ), your obligation to prepare or “brew” tea new knows. If the host does not do this and compliments the tea brewed for the previous guest to the new guest, this is a sign of disrespect for the new guest.

Or, for example, among most tribes of Khuzestan. It customary that the tsp should not be in the inside of a shot glass. And must be spoon on the side of a shot glass and the “saucer” laid. And if the hosting spoon into the shot glass give this practice sort of disrespect can considere.

Catering to this case is that the person responsible for the preparation of coffee after preparation. While the Ahwazi activist kill on the entered parliament. And the prime take to the delegates in the Parliament does, and if the ” CD ” in the parliament to be the prime of his living room does. And in case of absence, Syed respectively, based on the beard, the Whites began to distribute and does not otherwise right from the start to the reception of guests, it does.

At some points, too, it is customary that, if the parties so spend your coffee. The other unwilling to drink again, to have the Cup in your right hand the same time. It’s in your hand shake, and thus the person who is responsible for the distribution is coffee will realize that the person no longer reluctant to drink again, not the cup of her hand, takes place .

A similar tradition also applies to tea in many areas. And it is that someone who has eaten one or more teas and is no longer reluctant to tea, their tea cup sleeps on saucers. This drawing was more useful in old coffee houses, and Chi coffee, as long as customers have not slept their cups, served them tea. Of course, some coffee houses now also adhere to this drawing.
The interesting thing about the name” coffee house “in Iran is that they served tea and not coffee. But their name “Coffee House”!

It is also customary among the tribes of our country that if a certain parliament ( including mourning or wedding), a group of coal teas are Agent .

It is also customary among some Azeri tribes living on the Islamic island of Lake Urmia ( although it  more common in the old days ) to be laid a sugar for each guest at parties .

Narrow waist cups have their own place in the tea-drinking culture of Iran. In the design of these shot glass certain tips in the comments taken away. It is interesting in itself are: back bezel, this shot glass makes easily at hand instead of fall, the lumbar, as well as makes the scum of the tea that the bottom of a shot glass are. can’t Use Section slim, easily crossing. And the individual tea, it one of the more well spent. Also, if the Cup tilt with tea residue and falls side by side, the scum on the floor and the carpet will not drop. 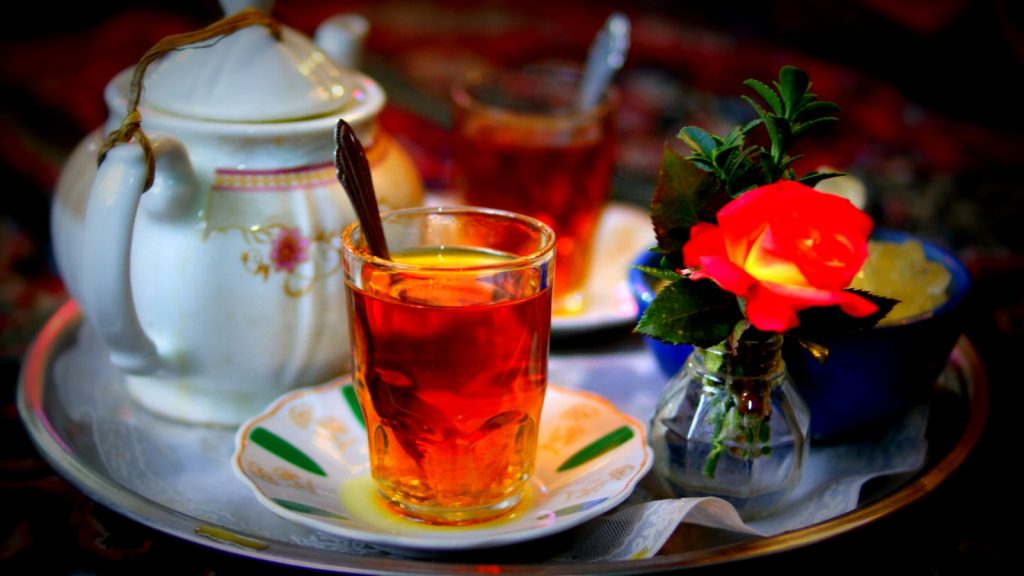 Anyway, drink tea among the different tribes, Iranian customs of its own. But is that among all the ethnic groups in Iran have in common is the importance of the drinks ” tea “. And it is more or less this drink that record a century in our country is today. In such a place is almost not be imagined that hosts these drinks as one of the first materials catering in front of the guest not to put .

Nowadays, despite the diversity and plurality of different drinks in our country, ” the tea “, as a drink, the fun and  strike” remains a place of unmatched and is of the opinion comparable to other hot and cold drinks is not . 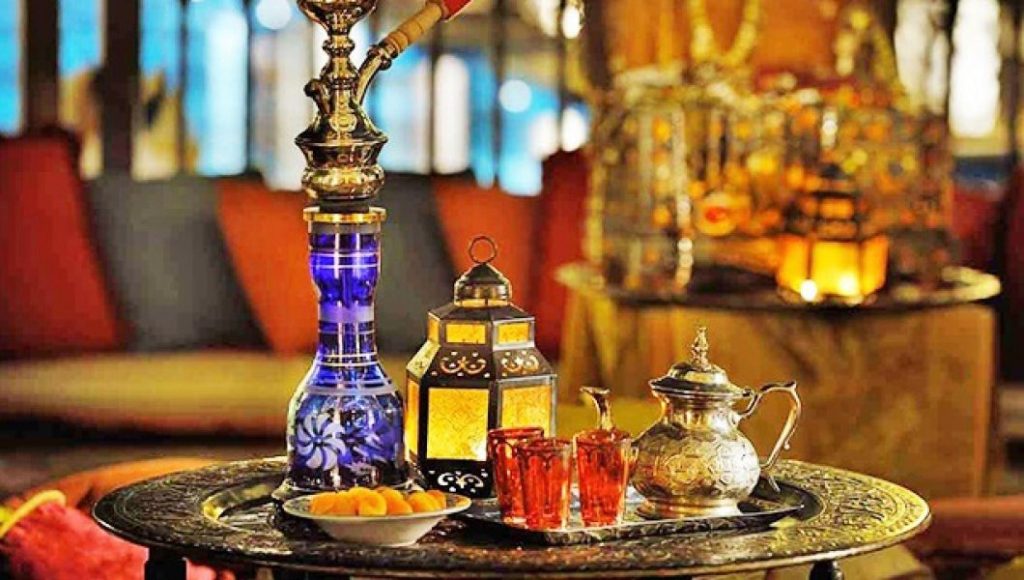 Proverbs and idioms of tea

Tea as we enter our culture, Iranians for their orbits and proverbs and poetry  also special. Including the Quran, like “tea, stale fresh brew boiling” to quip for tea, the veteran goes to work. And to describe the tea optimal use of the word big, the phrase “tea supercharge. lip burner and lip dose” to the work that goes it’s a sign of being filled with a shot glass ( or mug), the big burner : Hot Cue, being it, and big dose of being a sign of the color and concentration it .

“Tuck sugar tea” or “dieselme” is another common term for tea that served in a “narrow waist” Cup with “saucer” plus a few cubes of sugar. Dieselmeh tea is actually a thick and bitter tea that sugar place next to it.  So that it is possible to drink sugar.

Also, the use of the word tea in our conventional pleasantries Iranians also has its own place . Generally, when compliments, the hostess with the phrase “a tea, something to serve you”, “let’s have a tea together “tries to offer the guest to attend his home.

Special terms also use for materials or tools for the preparation, maintenance or serving of tea in our Iranian culture :

1-Tea House (Coffee House ) : a place where tea provid
2-tea set : tea supplies
3-tea don : dry tea storage container
4-debosh tea: high quality tea when drinking it’s mouth “astringent”
5-tea straightener: a tool for straightening tea when pouring it in a cup or cup
6-tea work: tea grower
Also in the culture of some ethnic groups ( including Azeri ). It is customary that when in a shot glass or cup of tea, a people, a leaf tea is great to seen to sign. Also,  “the coming of a guest” interpretation can be, or, if the dishes tea On the table or on the floor. Accidentally stacked along, they say, “it’s walking,” and that’s what it means that a guest will probably come .

Anyway it or write about tea is very high. And we in this document, the summary we have tried to make issues about the drinks, fun that. Generally, all day face with it, but it careful attention not in us, ” about the security put .

Iranian tea comes in a verity of subtle flavors but its defining characteristic is its deep reddish-brown color which tea drinkers can choose to dilute with water depending on their preference. Despite its cultivation in the country’s Northern provinces other tea from Sri Lanka and India. It also widely consumed as the country imports a majority of its tea in order meet the large demand. 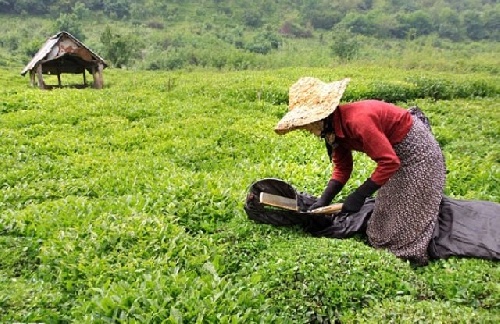 Shiraz is another gorgeous venue in which to find memorable Chaikhanes. Until recently there was a Chaikhaneh in the garden of Hafez tomb. Further towards the center of town, above the Quran Gate in Shiraz is another tea venue that many enjoying escaping to when they want to get away from the bustle of the city, not exactly a Chaikhaneh it is an outdoor-multi-tiered tea venue which is accessed by climbing up a steep set of stone steps. Once at the top there is a crisp and breath-taking view of the city. So weather-permitting take your shoes off, climb atop a Takht, order a cup of tea and enjoy the moment.

Our Iran tours have the tea house experience as a free option for Iran travelers.