how to wear a scarf?

how to wear a scarf?

How to wear a scarf?

How to wear a scarf?, Beautiful hijab; having a beautiful hijab is a concern for many young and teenage girls. Some imagine that the hijab is in conflict with being beautiful, while women can be beautiful and stylish while observing the hijab. Others also confuse being beautiful with displaying feminine sexual attractions. While displaying the body not only does not fit with beauty, it may distract others from your true beauty. 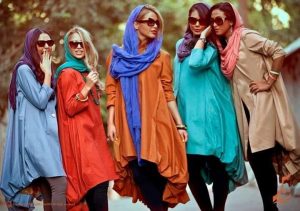 how to wear a scarf on your head?

To be beautiful you must first find the answer to this question: What is beauty?

In humans, there is a tendency to beauty, whether it means beauty, friendship, or beauty, which is called Art.

Now the question is, what is  beauty? What is its definition? Some believe that the question has no answer. It is said that the beauty of “Mama yadrak and La Yusef”, that is, is understood but not described. There are things in the world that man understands but cannot define.
Plato has a definition of beauty, it has said beauty is the harmony between the components with the whole. For example, a building is beautiful, so that the doors, windows, rooms, etc. are harmonious and proportional to the whole building. Some have also said, contrary to what humans think that beauty creates love, it is love that creates beauty! This means that human behavior and manners that convey good sense to others. 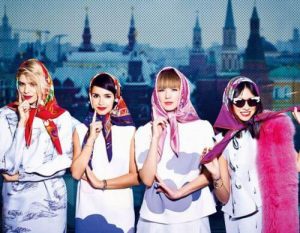 How to wear a scarf?, What is a Hijab?

The second question that needs to be answered is what is a veil? In answer it must be said, hijab, namely the women in front of non-mahram men, hair, neck and ears with scarves shawl or scarf, and the body with clothing that bumps the body (sex appeal) of your display and does not cover. In fact, in front of Muharram, only the roundness of the face and hands to the wrist remains open. Also, do not wear clothes that when walking on the street because of the exotic model of clothing or unconventional colors that finger the view of others.

History of scarves in the culture of Islam

Many Muslim women often use a scarf as a hijab to cover their hair, which is known as Khmer in Arabic. The clothing that was referred to as a veil usually covers the hair, ears and throat, but does not cover the face. Religious clothing of Muslims is different and in different cultures includes burqa, tent , nikab, dupata or other types of hijab.

History of scarves in Iran

Since ancient times, even before Islam, the use of shawls and scarves among Iranian ladies has had a special place and has been used for various reasons. It is interesting to know that in ancient times there has never been nudity among conventional people, and in ancient Iran, women and men always used full clothes. The queens in ancient Persia threw a short tent like today’s shawls full of color and patterns on the head. According to historians, headgear (or scarf) among women with a high social degree is more seen, in contrast to the handmaids and dancers used less coverage.

Austrian historian Will Durant believes that the world’s hijab creator is Iranian. In the book “Ancient Iranian apparel” written by Jalil ziapour about the cover of the Medes: “man and woman are cleaned up by the difference between the cover of their heads. It seems that women have also put coverings on their heads, and from under it their long wigs appear.”

After the arrival of Islam to Iran

by arriving the Islam to Iran, the only change in the hijab and the use of scarves in the way Iranian women cover. After the arrival of Islam, women scarf their previously from the front was open, from below the throat with a PIN or clamp, can wormholes, with the other, drew their find was not. In fact, Islam completes the hijab of the Iranian woman, and contrary to many belief, Islam does not create hijab in Iran, but complements it.

How to wear a scarf?, Other societies and cultures

It is worth mentioning that scarves and scarves have their own shape and appearance in every culture and society. In European countries, the use of scarves and the prosperity of this subject dates back to the 18th and 19th centuries.

The 18، wear protective hair for women Christian culture for the Mediterranean, European, Middle East and Africa, has been common and is a sign of marital status of a woman is considered generations. Christian women wear” houthrie ” as scarves. In European cultures, headwear usually depends on the place where the woman is located. Indoors and at home was less worn, but outside and on formal occasions especially in the church was the usual use of headgear.

How to wear Scarf? 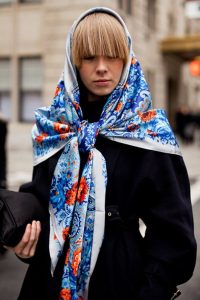 The second one is known Shall in Persian.

You can find different information at Iran Destination, which is a well-known Iran Tour and Travel Agency. Make sure you review every posts before your trip to Iran. You can choose a Package in our Iran Tour Page to travel to Iran. In case you like to talk about anything, ask a question or suggest something, please feel free to contact us or chat to us online.