to Say about an Italian town: “In the first days of my honeymoon, I traveled to central Italy to retrace the same steps my great-grandmother Filomena walked after her own nuptials, almost 100 years earlier.”

Everywhere I went, I walked in her footsteps. She stepped on these same stones, past the Roman-era thermal baths, beyond the church, to the 15th-Century castle in the heart of the town. When I pictured her, she was no longer the white-haired octogenarian I knew from my childhood, but a 25-year-old newlywed with her whole life ahead of her.

In the first days of my honeymoon, I travelled to the region of Abruzzo in central Italy to retrace the same steps my great-grandmother Filomena walked after her own nuptials, almost 100 years earlier. For the past two years, I’d been so busy planning my own wedding that I didn’t have much time to think about what it meant to be married. But travelling to the town where Filomena began her 50-year union seemed like a good place to start. 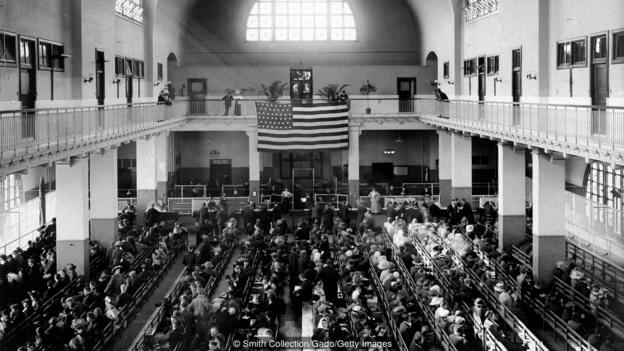 Filomena grew up in the hilltop town of Vasto, known in Abruzzo for its medieval centre and views of the Adriatic Sea. Sandwiched between the regions of Marche and Molise, Abruzzo is a little removed from Italy’s well-known tourist destinations. Growing up in Vasto, she couldn’t have imagined all the turns her life would take, from the highs of a happy family to the lows of war and illness.

The story of my family, as I knew it, started after Vasto. Filomena Smargiassi stepped off the SS Argentina onto Ellis Island in New York on 1 September 1922, carrying her infant son in her arms. But after I travelled to Vasto, the starting point of her story shifted. I began to think about Filomena as a young, adventurous woman planning a new life far from home. Her husband, Domenico, had already went ahead to find work as a mason. She had no other family in the US, and yet she was prepared to get on a boat in Naples and sail into the unknown.

Something about that willingness to see what could be, reminded me of marriage. You don’t have to know what’s coming next, you just need to want to go. 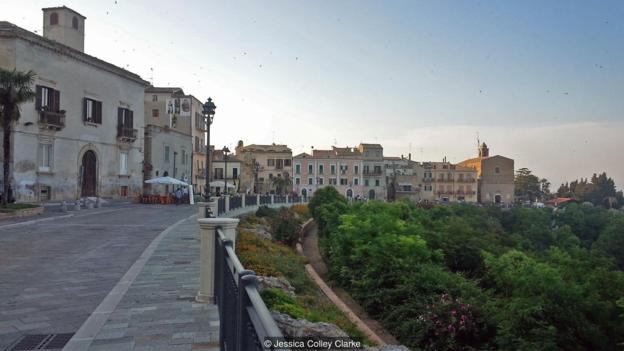 Vasto wasn’t on my radar in the early stages of planning my honeymoon. It was only when I noticed on a map that Vasto wasn’t far from the month-long route we were charting from Rome south towards Puglia did I consider a visit. After studying in Italy during college, my husband Peter spoke Italian and could serve as translator. How could I be so close and not see where Filomena came from?

When trying to figure out what a new family might look like, it made sense to turn to the past, I thought. If I knew more about where I came from, would it become clearer where I wanted to go?

Despite emigrating at the age of 26, Filomena never learned to speak fluent English. As a result, she’s a shadowy figure to me, a warm presence but not one I sat in the kitchen with during my childhood listening to stories about life in Italy. She worked only in the home, raising eight children and cooking from the garden in her New Jersey backyard, returning to Vasto only a couple of times over the years. Yet, in this big Italian-American family, Vasto remained unknown. Few family members made the journey to visit her hometown.

But when a cousin heard of my plans to visit Vasto, he sent an email with one line: “You must meet Maurizio!” 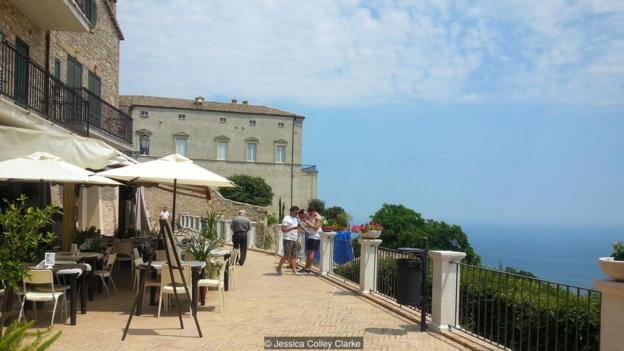 I hadn’t been sure if my family still had relatives in Abruzzo, but this cousin had recently travelled to Vasto and connected with a distant relative. An architect and local history buff, Maurizio sounded like an ideal guide. After a couple of emails, I was in luck: even though it was the popular summer travelling season, he was in town and willing to show me and my new husband around.

We agreed to meet outside our hotel in Vasto’s historic centre, home to buildings from the 12th to 18th Centuries. I scanned every man that turned the corner for family traits: a certain shape of the face or type of walk. Though I had never seen a photo of him, I recognised Maurizio immediately from a couple of blocks away – there was something so Smargiassi about him. He had the same tall, lean figure as my grandfather, the same gentle curve of the spine.

On Via Bucci, Maurizio pointed out the stone house where Filomena was born. It had a heavy wooden door and a wrought-iron balcony with glass doors and shutters that could be closed to keep out the midday heat. I tried to picture Filomena as a child on the balcony, but instead a photograph of her 50th wedding anniversary came to mind. Remembering this image, the gravity of my recent decision crept into my thoughts. I may have got married in Dublin, my husband’s native city, but the concept of being married began to solidify in Vasto. 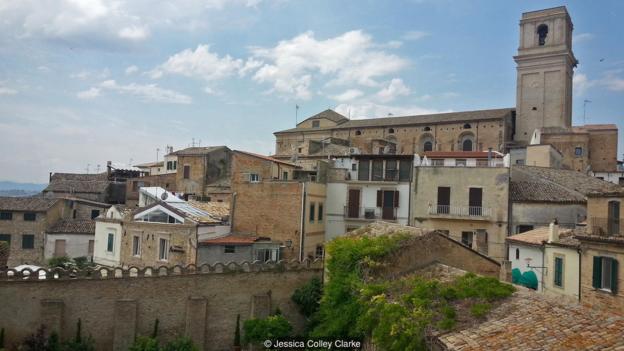 Next, we stood in front of the church where Filomena and Domenico were married. When she kissed the groom in the arched doorway, could she have fathomed welcoming 18 grandchildren and sending a son back to Europe to fight in World War II?

At the edge of a ravine near Filomena’s house, we fumbled over the translation of ‘la frana’. After some gesturing and Google Translate assistance, the word ‘landslide’ emerged. In 1956, the town’s eastern ridge, home to one of the oldest districts, fell into the gorge during a landslide. Part of the world Filomena grew up in literally crumbled after her departure. When she returned for visits later in life and stood on the edge of the ravine, she saw a different landscape than she’d left behind; even the things we expect to be permanent aren’t always so.

Maurizio didn’t want us just to see the town but also all the things that shaped the Vastesi people. Since the town was once a Roman port, a visit wouldn’t be complete without going to the sea. He brought us to the Punta Penna Lighthouse, originally built in 1906, and the second-tallest lighthouse in Italy. Further on, we climbed the unsteady steps into a traditional trabocco, a spindly wooden pier on stilts traditionally used for net fishing. I wondered if Filomena chose to live on the US East Coast to be near the sea, like her native village. 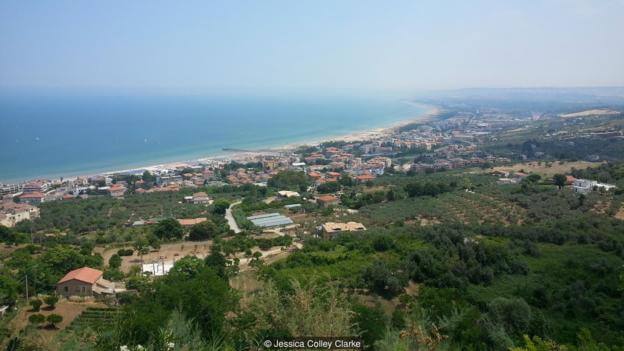 Throughout Vasto, I watched my husband laugh at Maurizio’s jokes, and then translate them, allowing me to connect with my relative though I didn’t have the words myself. As they conversed in Italian, it occurred to me that I had never chosen a family member before. The ring that squeezed my finger in the June heat seemed to say: that’s what Peter is now.

A few days spent walking in Filomena’s footsteps, knowing all the unexpected turns that life threw at her over five decades of marriage, cemented the idea that you can never plan for life’s uncertainties. Landslides sweep towns into ravines and fishing nets can come up empty sometimes.

After Vasto, I no longer craved an outline for the future. If that kind of anxiety somehow creeps back in, from now on I’ll think of Filomena on the deck of a steam ship, uncertain, but moving forward anyway.