Gissom Forest Park is next to the Turkmen harbor plain and the Forest of Light, has a different nature from other forests but located next to the Caspian Sea. Also, all forests in the north of Iran are on the slopes of Alborz mountain range and away from the Caspian coast. Actually, Gissom Forest Park is the only forest road leading to the Gilan Sea.

Besides, in only 3 or 4 small spots, you can find a forest that has reached the sea! Moreover, the northern line of Iran is full of attractions that attract every visitors. Furthermore, landscapes and nature of Gissom Forest draw travelers to the area many times throughout the year.

In addition, imagine a straight road with tall, skyrocketing trees on both sides. So, on the horizon of this road, you can see the sea wave. Are you ready to drive on this road? A road beyond the dream, which is one of the forests of Gilan. 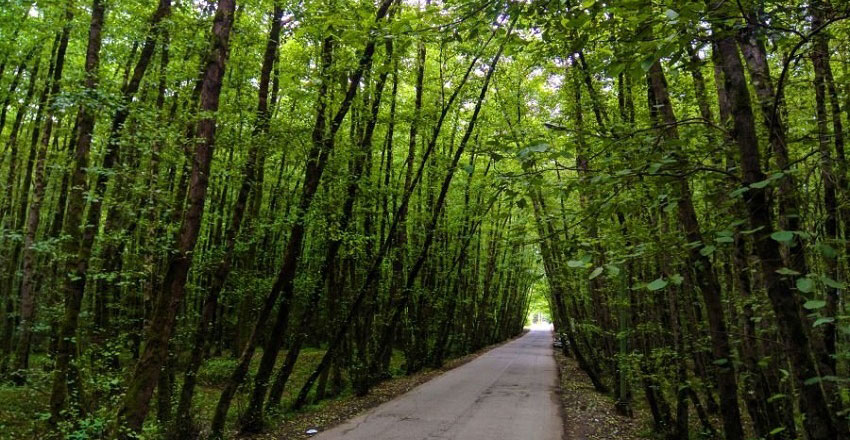 Gisom forests Park located in Gilan province with an area of about 80 hectares. Moreover, a multitude of trees and plant species have identified in this plain area. Also, a total of about 76 plant species belonging to 66 genus and 44 families named.

In addition, Talesh Sea and Gissom Coastal Forest is one of the best areas in the north for hours in nature. Besides, you must go with your family to Gisom Talesh and experience the joy of driving on Gissom Road in Gilan.

The name of Gissom Forest Park comes from a village of the same name in the region. Besides, Gissom forests are the name of a village in Gilan province, located in the Asalem District of Talesh County.

Also, the area is also located 18 km from Talesh forest road to Anzali. Moreover, Today, Gissom village and its northern forest is known as Gissom Forest Park. Furthermore, apark that became an attractive tourist destination 15 years ago with the investment of Talesh Municipality, now referred to as one of the tourist attractions of Gilan province. 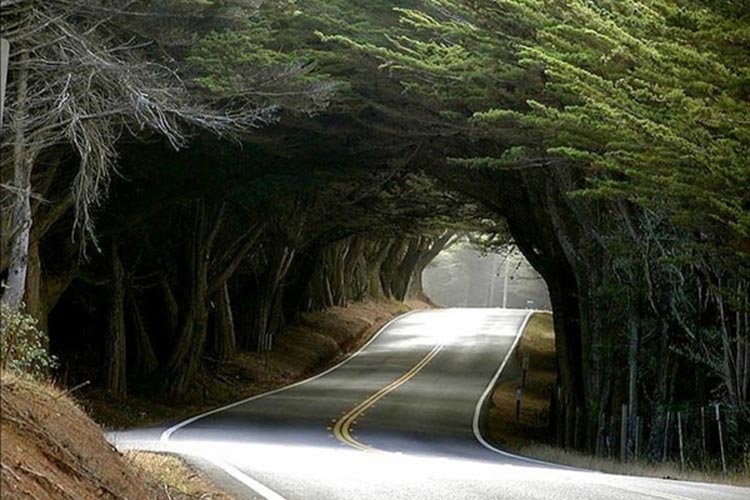 Gissom Forest Park has become very popular because of the amenities and recreation it provides to tourists. Also, we name the amenities built by Talesh municipality in Gissom Beach Park.

In addition, the Police Station has made the beautiful forest security of Gissom Forest Park more secure for passengers. Besides, there are also recreational facilities in the area where tourists can experience a full-fledged recreation.

Also, however, the forest of Gissom Talesh is so beautiful that it is all part of the sights of Gissom. So, you can’t drive on Gissom Road and say you don’t want to visit the beach. Moreover, it is not possible to walk alone on Gissom Beach in the north and say you will not enter the forest. Furthermore, the sea and the forest have joined together here.

The road leading to this forest is so beautiful and spectacular that you seem to be passing through the corridors of Paradise. Besides, for those who love driving on forested roads north, Gissom Forest Park can be the road of their dreams. Also, apart from the road leading to this forest, it is possible to off-road among forest roads. So, just make sure you don’t destroy a tree on the way.

In addition, many enthusiasts go to these places. Also, of course, they enter Gissom Forest Park in the north in the form of groups and with familiar guidance to the path. Besides, an emotional activity in which security is of paramount importance but which everyone can participate in.

Also, as you can see, in this area of the northern line, all the recreations are at your disposal at the same time.

Walking and cycling between the forest and the sea

Another possible recreation in the area is walking and cycling. Also, it can be said that stirring through skyrocketing trees can be a unique experience for you. So, we suggest that if you have a bike, take it with you. Besides, you can rent a bike in this forest park in the north.

In parts of Gissom Forest Park, you can have a different experience by renting a horse. Also if you know horse riding well, take action to ride horses in this area. Besides, these horses belong to local geese and their existence in the forest has given the park a special face. So, you may see many of these horses free and abandoned as to why they are in the geese forest.

There is a market in Gissom Forest Park, where locals sell a variety of their own hand-made products. Also, the colorful mood of shops, the smell of rain, umbrellas and rain in Gissom Forest Parks are memorable. In addition, the products such as jam and plums, you can buy wicker and wooden items and take them as souvenirs.

Moreover, with a little sightseeing and shopping in this market, get some interesting and colorful souvenirs for other family members.

It is possible to travel to Gilan at any time. So, season doesn’t make sense in this area. Spring, summer, autumn or winter? Each chapter in the North has its own beauty. The first half of the year (i.e. April and May) can be the best time to enjoy the sights around Gissom Forest Park.In addition, Lush forests filled with moss and spring and summer leaves are the best time to travel to Gissom.

Also, as you can see the most beautiful pictures of forest trees in October and November. Besides, it doesn’t mean that the winter of this forest is not suitable for travel. Moreover, trees whitened in winter, and the forest effect becomes indescribable beautiful. So, to travel to the forests of Gissom in winter, bring the supplies you need to travel for nature.