The Daughter Castle was built by Ardeshir Babakan (224-241 M) to protect the city and defend against the attack of Ardavan V, the last monarch of Ashkanian, over a mountain on Firoozabad road to Shiraz.

This building which is used as a military palace and fortress, is called Daughter Castle due to incapability to access in it easily. 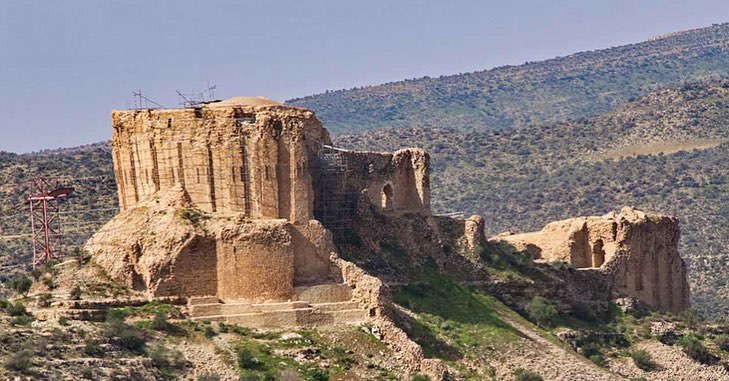 This Daughter Castle is made entirely of coarse rocks and facade rocks, but the rocks of the pylons and inside the walls are made up of coarse rubble rocks. The central hall of the castle has been transformed into circular designs with domes, which are located on a square map.

The central courtyard and the hallway are made of carcasses and gypsum plaster and there are some rooms in the courtyard. There are some connected rooms, guardrooms, corridors and water reservoirs that are drilled on the mountain and also, the secret ways in this castle.

Daughter castle has a solid defensive fence that is regularly built in some parts ahead. In general, it can be said that the fortress is made up of three consecutive floors connected with the staircase tower. 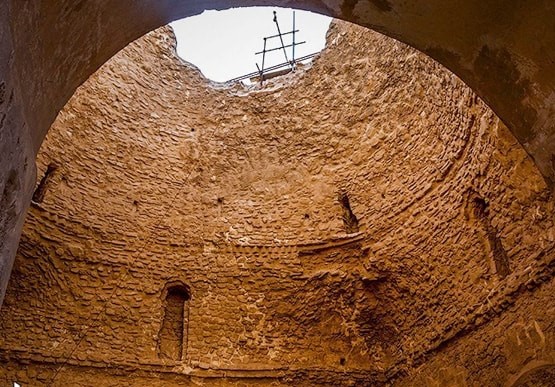 The circular dome is considered to be a masterpiece of Sassanian architecture. The feature of this dome is to use the the triangles to bear the weight of this dome.

The Roman architects have solved the problem of placing a circular roof on a quadrangle in corners by gradually moving stones or bricks in a continuously circular fashion, but in Firoozabad Daughter Castle, a new method of architecture was used, which is Use the ravine in the corners. 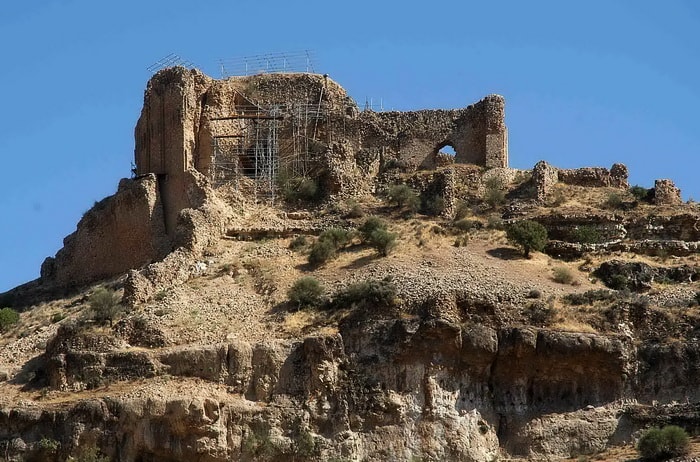 Discover the Inaccessible Castles of Iran

It is interesting to know that many  tourists take tours from Destination Iran to visit the archaeological sites such as this Inaccessible Castle. Iran Destination Tour Operator makes you the best trip to Iran. So before you travel to Iran, make sure you visit our Iran Tour Packages. Please feel free to contact us regarding any issue. Our Iran Travel Agency is ready to help you by any means.

This is Saba Bahadori, an Iranian girl who is proud of her country, Iran. I am a tourist guide and speak Persian, English and German. There are many things to enjoy in the world, but for me a peaceful life full of joy and love is the best.