Fath Abaad Garden, Building Garden in Iran predecessors long-term cease-and is one of the places that have gardens in which they are built next to aqueducts, and make springs to flow forth, which have been designed very smart with the use and management of water in the history of Iran is a beautiful place and fun for residents of the cities they’ve created.

The garden of the beiglarbiegi mansion (Fath Abaad) is a garden of the Qajar period and the sights of Kerman, located 25 km from the city of Kerman, the village of Ekhtyarabad. This work was registered as one of Iran’s National works on February 12, 2002 with registration number 7284.

Fath Abaad Garden that it Garden Baiglarbagi, too, they say. and beautiful garden Abad. It belongs to rulers of Kerman, and the construction of the garden, also the year 1255 Ah, it estimated. This historic garden was one of the oldest Gardens in Iran. And the ruling site of one of the rulers of Kerman. It forgotten and turned into ruins. Crossing the aqueduct from the middle of this luxurious garden and there are four seasons mansions and the Central Mansion and the fortress of this garden is a beautiful and fun place. 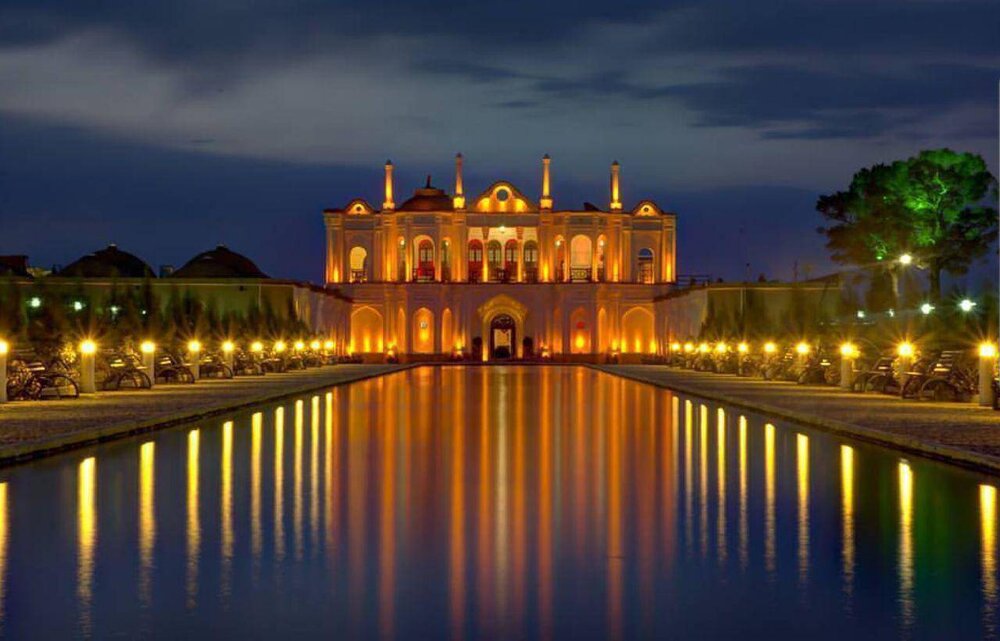 In the ancient Persian carpet, the pattern of Iranian Gardens is visible. Four Cyrus gardens and miniatures that pour water from a central pond to four sides, examples of ancient Iranian Gardens. Overcoming the role of water on land ownership and crystallization of the amount of water available, determines the limits of the garden. Moreover, the formation of the final form of the Iranian garden, Achaemenid. And four gardens of Cyrus and Sassanid and the role of the pond considered as ancient Iranian Gardens.

pool to dimensions 60 in 5 km in the head in the building constructed. And trees, side garden, engulfed and were two-story building overlooking the dock the middle of building a beautiful view to the garden is given. But it gone.  Gone because of the drying of the aqueduct, the garden is dried and finally, one of the rulers, Mahan, the mansion, the Garden.  The Prince Mahan that are from other places in Kerman province.  And the UNESCO World Heritage site adapted from the Fath Abaad Garden construction works.

But fate, bitter waiting, Fath Abaad Garden be so that the space around the garden because of the drying of the aqueduct went away and lands overlooking the garden to agricultural land, especially pistachios, Curry became gazebo home, according to ruins are demolition were turned.

This garden 180 years old, and for the first time that it hits Got In. Loudari near it for the demolition of part of the monument present. And when someone intent on the destruction of the monument was the reason the Jews have asked for. Also, it determined this person, because the thought brick this building for agricultural land is suitable, intention was bricks to transmit. Fortunately, with the tact taken, and after the implementation of operations, reconstruction,  Fath Abaad Garden to one of the most beautiful gardens in Iran, which has become the eye of any to dazzle your the ears from the date of Kerman depicts.

Subterranean available in this building that the general dried up, with the necessary measures. And the construction of wells and installation of desalination and fully implement the plan. The nicknames, the water in the building a model in the Kerman province considered the moisture in the building done. And in the reconstruction of this building, central to the existence of states that historically of great importance as well as to one of the research centers, agricultural. And recreational people turned on. In the green area of fath abaad garden 400 species of medicinal plants cultivated in Kerman province. It is very important and can converted into a significant plant bank in the country. 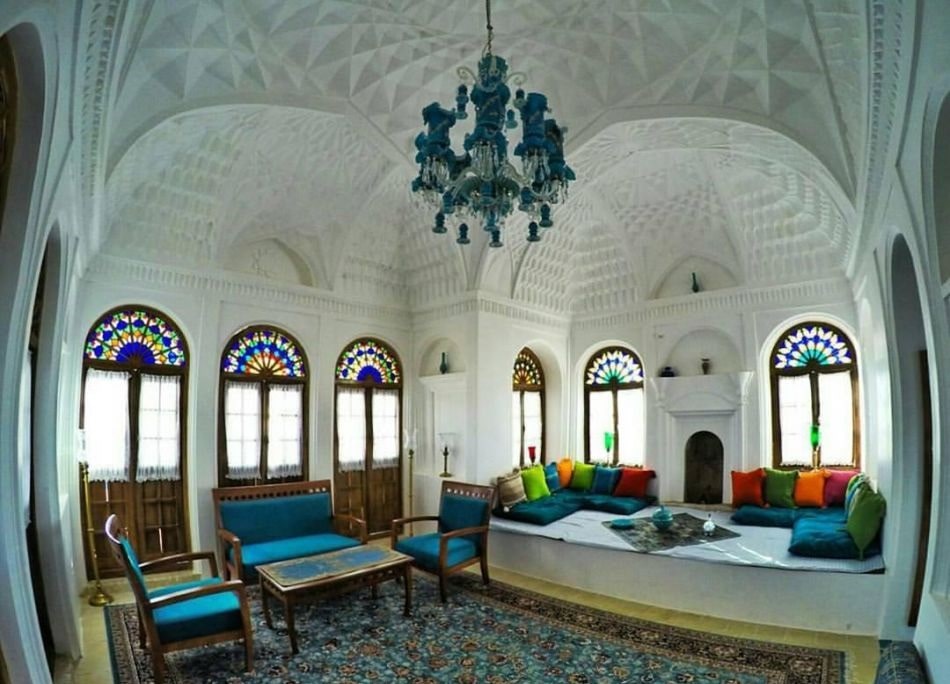 Many of our country’s monuments and historical sites destroyed due to neglect of unaware people or mismanagement. This garden is one of the historical places and beautiful Kerman is that because of the passage of time. And the position created to be natural to the destruction of the question of destruction, human-induced ignorance also to have a mobile.  But, with thought and attention to the history and culture monuments and valuable. Not only their sins, causing the freshness and beauty of each area of the country. Also, it is operating effective in the development of the regional dry. It is that many tourists also to that region.

Fath Abaad Garden Kerman, one of these places that pay attention to it. And do the operation the garden, and two, the mansion is available at that beautifully describe the India and the city of Kerman and the middle of the desert brought.

Each of the cities of Iran for themselves can play a vast role as one of the tourist poles in attracting tourists. Kerman province is one of the most valuable tourist attractions of the province due to its historical attractions. Also, It is one of the 5 spectacular cities of Iran. In general, gardening in Iran has a long history. And there are many valuable Gardens in Iran that are worth visiting. It is interesting to know that fathabad garden dates back to the Qajar period. And registered in the list of National works of Iran on February 12, 2002.

Garden conquered Abad is one of the real  Kerman province, into account.  It comes to this reason, it Management, under the supervision of Directorate General of Endowments. And charity affairs of the province of Kerman. But, the restoration of this effect, consider the following cultural heritage has been done. Of course, these days, the complex under the supervision of Mrs. saronaz nakhaei. Also, the former responsible restaurant and hotel garden Prince managed.