Did you make your decision and chose Iran as your travel destination? We want to tell you to experience the best in Iran by traveling to Iran. Travel to Iran to get to know about it. Are you interested in experiencing that? what do you know about Iran destination tour one of the most famous Iran travel agency in shiraz and also Iran? This is great and you can be sure that the most exciting experiences will be waiting for you. In this article, we introduce all the requirements to travel to Iran. Also, the do and don’ts of traveling to Iran. Also, we answer this question: how to travel to Iran.

Foreign tourists, despite the bad news and image that has been spread from Iran around the world, go to sea and walk towards Iran And after the first conversation with the Iranians, all the bad mental images they had of Iran and the Iranians. They disappear and fall in love with Iranian culture and hospitality. Some of these tourists write about Iran and Iranians after their trip to Iran. This time, Veronika, a Czech girl, has published her memories of a trip to Iran. He travels to most parts of the world and publishes articles for tourists on his blog called Travelgeekery. Like many tourists, he was very scared before entering Iran, but after entering our country, he changed his mind.

Iranians are worried about what others think of them

Many of the Iranians I met had a bad image and mentality of them outside of Iran. They were very upset, but they always hope that tourists will talk to their compatriots about Iran and help make it more beautiful. Most Iranians ask questions such as: What do you think about Iran? Or you have good moments in Iran, they asked and we answered calmly and happily. How excited we are about the hospitality of Iranians. Unlike the region, Iran is the safest country in the region. Opinion of the people of the world regarding Iran.

Iran, a safe destination for travel

It does not matter what your nationality or religion is, in Iran everything is perfect and you do not have to worry about anything. For example, let’s go on a trip to Qeshm. Take it with a cheap Qeshm tour or a cheap Kish tour and visit Kish Island. In Iran, if you follow the laws and do not cause fights and disturb the peace of others, there is no problem. Restless areas of Iran are the borders between Iran and Iraq, Afghanistan and Pakistan. Passengers did not have a problem even in these areas. Unfortunately, visas are not easily issued to everyone, but as a citizen of the Czech Republic, I had no problem with that. Even I could get a visa the moment I arrived at Iran Airport. The important point is that if you have the stamp of Israel on your passport, you must obtain another passport.

Travel to Iran is cheap

Travel in Iran is very cheap even in spite of inflation. In just two weeks, I spent just € 500 on accommodation, a domestic flight, food and souvenirs. I also suggest to other friends to get help from local guides for sightseeing in Iran. 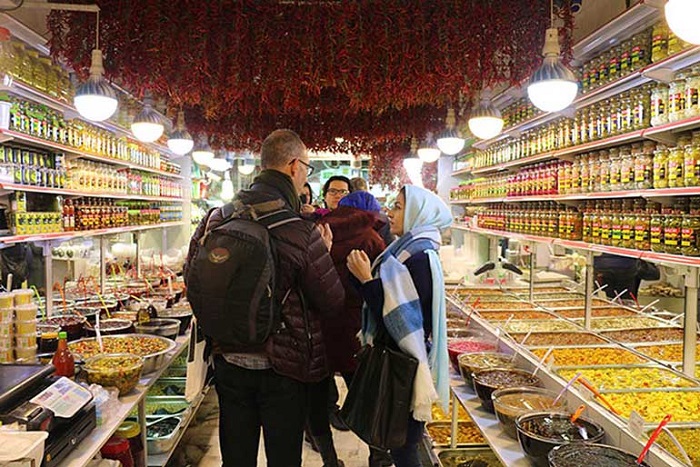 Interesting memories of a German girl from a trip to Iran

Helena Henken, a communications consultant and creative education specialist, lives in Hamburg. But he also has another hobby besides his job: tourism. From Latin America: Argentina, Colombia, Chile, Bolivia, Cuba, Ecuador, Peru, to Asia: Bhutan, Indonesia, Kyrgyzstan, Uzbekistan, India, Hong Kong and Africa: Tanzania and Morocco. “Every time I thought of Iran, these words came to my mind: the nuclear conflict, the axis of evil, a dangerous country, especially for women, who should not be traveled alone at all,” she said. But in 2011 he met a Swiss man in Kyrgyzstan who had traveled around Asia. He praises Iran and its people for Helena, and Helena gradually becomes interested in seeing Iran.

“Before the trip, many people asked me how I wanted to go to a country where you have to wear a headscarf,” he says. “I thought about it a lot and talked to a lot of people, and finally I decided to wear a headscarf for two months so that I could get to know the Iranian people better.” Helena Henken goes to Iran in 2013, and spent the winter of 2012 and the spring of 1992 in Iran for 59 days. Although he has traveled to many other countries before Iran, he has not written a book about any of them except about Iran. “I did not go to Iran to write a book, that is, I had not made such a decision before,” he said. During the trip, I wrote down my daily diary. I also sent a lot of emails to my friends about what I was seeing and they were completely surprised by my explanation and said that they had a different idea and expectation from Iran. “I decided to write a book little by little, both because of this and because of the influences from the Iranian people and those I met in Iran.” 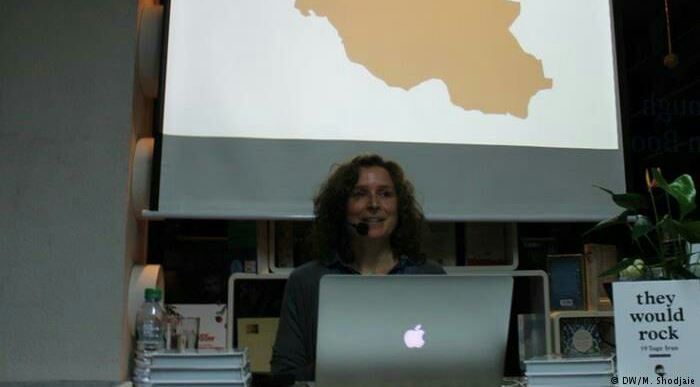 Experience the best in iran with Helen

“Compliments” is one of the biggest challenges

One of the biggest challenges that Helena faced in Iran was the dichotomy that existed between the people and the government and its laws: “One of the biggest challenges for me was to understand this land, that it is a country that is so difficult and so everywhere. He talks about his problems and it certainly has negative aspects, but the people I met did not show any signs of these problems. And another big challenge that Helena faced as a German in Iran was “compliments”: “It was really hard for me to understand compliments and I did not understand what I should accept and what I should not accept.”