Delgosha Garden is one of the historical gardens of Shiraz and is located near the tomb of Saadi. Some believe that the history of the garden dates back to the Sassanid era, pre-Islamic era, and some related it to the period of Injou and Muzafar period, and some, like the British diplomat, James Moriah, attributed it to the Zandyeh era.

It reaches its peak in the Safavid period and then Afsharieh period but after that, Muhammad Taqi Khan Shirazi revolts against Nader Shah Afshar in 1150 and and Delhasha Garden, like other Shiraz gardens was ruined. 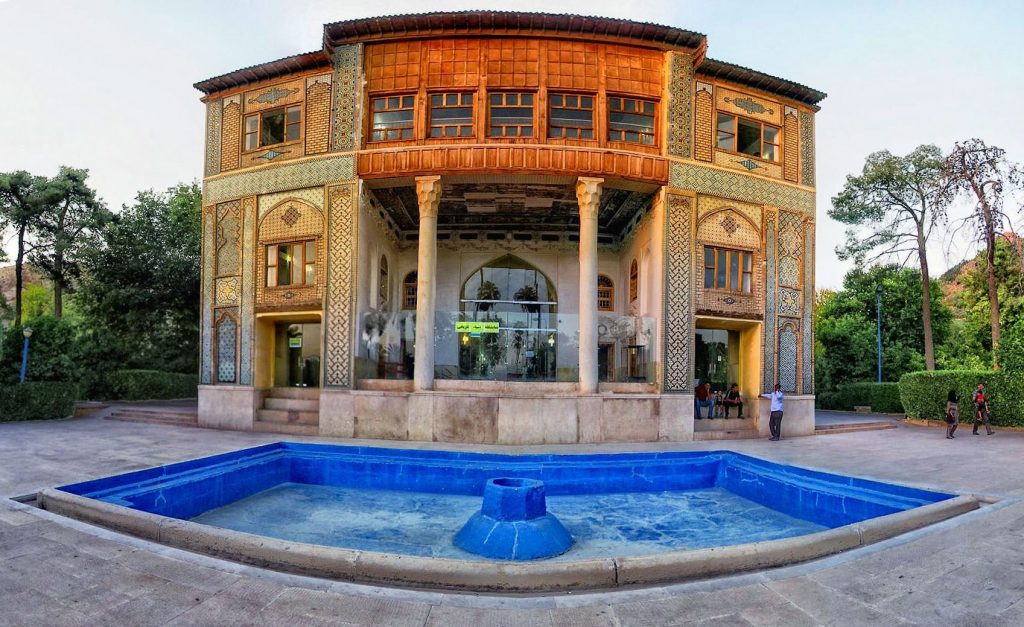 Furthermore,  The garden is home to the first pavilion in Iran . In 2002, Delgosha Garden was registered as one of Iran National Monuments.

This pavilion is located in the southern part of the Garden. it benefits three floors and the northern section is in two floors. Then, the mansion is built in the style of the Sasanian palace of Bishapur, due to its courtyard and four royal palaces.

Moreover, inside the pavilion is decorated with mirror, walls oil paintings and wooden ceilings. The shapes of flowers are plastered on the walls, which may look attractive to travelers to Iran.

Also, there are some poems written by a 13th-century poet who was buried in the tomb of Saadi, on the calligraphy on plaster. 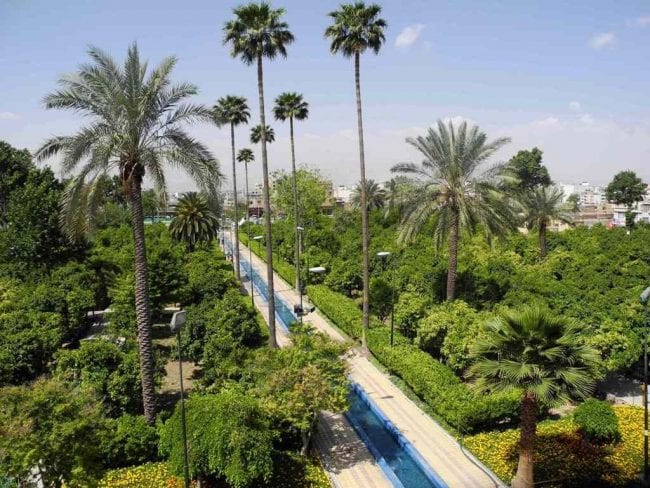 Interestingly, there are many sour orange trees throughout the garden which are considered as the symbol of Shiraz. However, these trees shed from mid-April to mid-May. Then, their white and beautiful blossoms flutter in a delicate smell in the air.

In Persian gardens, however, it is common that  four streams divide the garden into four parts. This forms the pattern of four gardens which  somehow consider as reflection of the Heaven.  Furthermore, the garden’s water supply is from the deep wells near Saadi Tomb.

In fact, because of the garden is surrounded by wonderful sour orange trees, hence  it names after “Delgosha” and their white and beautiful blossoms  cause a delicate fresh air. 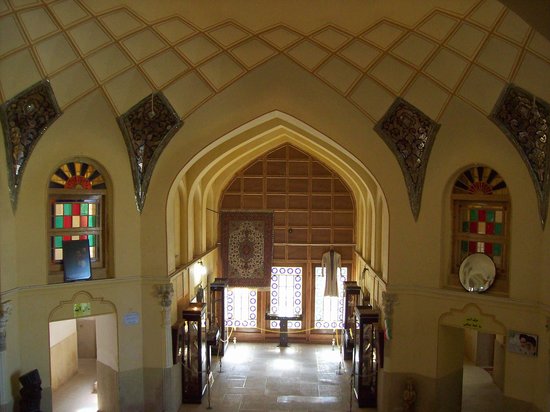 Nowdays, the pavilion of the garden has changed to the Radio Museum and instruments such as coins, Quran written on the deer skins of the Seljuk period, stamps, and old maps of Iran from ancient times. The museum is home of  more than 50 old radios including the radio which has worked with the oil in past.

If you want to visit this unique garden, do not forget to contact us! We will provide you the best time and plan to visit the site.

We are proud to say that Iran Destination is a well-known Iran Tour Operator offering the best Iran Tours. Just have a look on our  Iran Tour Packages. Please feel free to contact us, our Iran Travel Agency is ready to lead you to experience Iran as you wish.