Daniel Nabi’s tomb located on the east bank of the Shavur River and is facing the hill of the Citadel. Also, it has an Erchin dome that stands out as a negini in the oldest city in the world (Shush). So, stay with us where to learn more about the historical events surrounding this region. 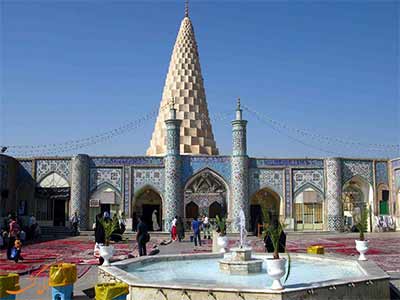 Shush is the oldest city in the world located in Khuzestan province. Also, it built around 4,000 B.C. Besides, it consider as a religious center for the inhabitants of the surrounding plain. In addition, the city has experienced years of vibrant life. Furthermore, along with days of victory and defeat, prosperity, record, prosperity and destruction are with the fall of Achaemenid in 332 B.C. Also, it gradually declined downhill and in the middle Ages. Moreover, it lost its prosperity to the whole and became a small village around Daniel Tomb the Prophet (s).

In addition, Susa was the center of this civilization for thousands of years during the Ilamian period. Also, during the Achaemenid period is the political capital of this vast empire. Besides, during the Sassanid era, shush, along with Shushtar and Gandhi Shapur, considered as economic centers for the production and export of silk to all over the world.

Moreover, Susa occupied by Muslims in 17/661. Also, when the center of Khuzestan transferred to Ahvaz, Shush lost its importance. Besides, due to the importance and geographical and political location of Susa, many ways, especially the great road known as the “Shah’s Path” established the connection of this city to different parts of the world.

Who is Daniel the Prophet?

Daniel is one of the prophets of the Children of Israel who lived in Babylon in the 7th century BC. Besides, after a while he immigrated to Iran with a number of Jewish people and settled in The Darius, his descent goes back to the fourth son of Jacob’s first wife. Furthermore, it is thought that he was alive until the third year of Cyrus Achaemenid life,

Moreover, most historians consider the tomb of Daniel the Prophet in his mind. Also, after the conquest of Babylon by Cyrus, Daniel the Prophet migrated to Susa and died at the age of 83. Besides, his body buried after being mummified east of the Shavur River (Shah Hur, Shahpur). Furthermore, Daniel’s tomb is radar. In addition, some writings claim that Timorlang brought Daniel’s remains from Susa to Samarkand is merely a possibility. 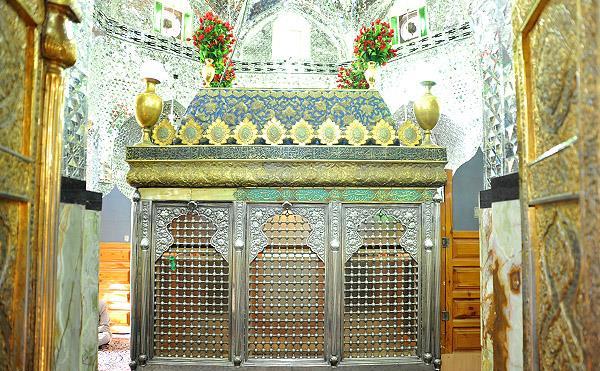 Tomb of Daniel the Prophet

The tomb of Danial Nabi built in 1249 on the orders of Shiite cleric Ja’far Shushtari .Also, it built by architect Haj Mulla Husayn after the devastating flood of the same year that destroyed the previous building. So, Zarrihi was at the center of it. Furthermore, this monument is one of the most important landmarks of Susa today.

In addition, it is one of the religious mausoleums with a unique dome of Urchin. Also, a unique dome of Iran, with 25 multiple floors and two shells. Besides, the height of the dome is about 20 meters and its diameter is about 5 meters. Furthermore, one of the characteristics of this tomb is the human scale of being in its inner shell or its aerobics.

Moreover, the division of forces by ahineh which ultimately leads to the increase of the life of the dome is another feature of it. Besides, the outer shell has an urban and symbolic function. Moreover, it can see from far and from all parts of the evil and even out of the city and like solar covers the whole area. Furthermore, the Abadan museum’s building and dome have copied from Danial Nabi’s Tomb.

From the western side, the Daniel tomb decorated with Iranian and Islamic tiles written on its head the blessed threshold of Prophet Daniel. Besides, from the eastern side, two minarets with an altitude of about 10 meters located on either side. Furthermore, the date carved on the minaret is 1330 AH with the masterwork of Haj Molla Hossein Memarbashi.

On the other hand, it can see how the architects of the southern indigenous region have used the palm tree stem to build the dome. Besides, the stem of the palm tree is a stepping stone and found abundant in the south. Also, in some books, Daniel the Prophet referred to as the Prophet of Rain. Moreover, because in 16/688, the commander of the Islamic Army, after returning from the Battle of Hormozan, sees the mummified body of Daniel the Prophet.

In addition, the indigenous people tell him, whenever we need to rain. Also, we take the body out of the shed and it rains by god’s command. Besides, whenever we take it in, it is over. Furthermore, he asks the caliph of the time (‘Umar) for a solution and Imam Ali (a) sends a message. In addition, Daniel is my brother, bury him after ghusl, shroud and face Qibla. So, he passes the river water over the grave to be a guard for the looting of the people. Furthermore, after the Prophet (s), the only prophet buried in the Kaaba is Daniel the Prophet.

The entrance to the tomb is Danial Nabi from the east with two minarets about 10 meters high on either side. Besides, the date carved on the minaret of 1330 AH with the master of the work of Haj Mulla Hussein Memar Bashi.

In addition, Daniel Nabi’s mausoleum listed in the National Monuments List in 1931 under the collection of Shush city and its adjacent tells no. 51. Besides, in 1989, its replica tablet no. 51 registered. Also, the mausoleum welcomes a large number of Muslim and non-Muslim pilgrims every year, as well as Iranian and foreign tourists.