Culture in Iran, Every country has its own customs and traditions. Iran is also no exception, although small habits that are passed down generations by generations. In this post, we want some cultural traditions in Iran to introduce that maybe be interesting to know just for the country we are, and do it from foreign tourists very strange looks, but carry on this tradition of Boyhood and become part of our normal life has been.

We have always heard that spand keeps the evil eye away from us, and often mothers do it for their children.  Spand is originally a plant native to Asia and grows in the Middle East and parts of South Asia, especially India and Pakistan.  It may be interesting to know that they also use spand in Turkey. But not so they hang dry spand capsules to protect the evil eye in their homes and inside cars. Moroccans also use spand to protect the Elf. 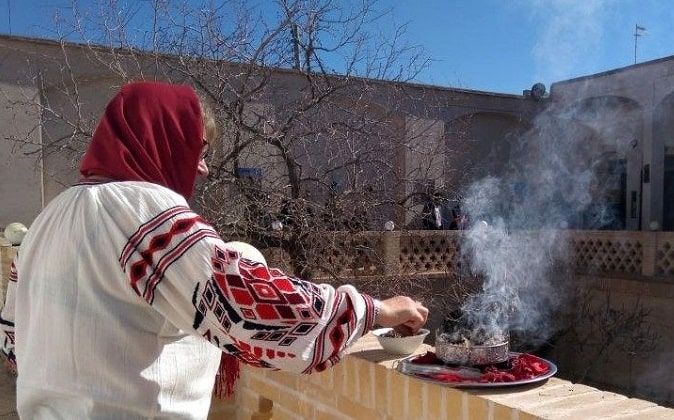 Iranian culture is a culture that has been behind centuries of knowledge and wisdom and Customs. The people of Iran throughout history, Homeland, his and from ancient times the most history and long-standing is the manufacturer and preserve a culture, their have been and culture also ethnicity and durability, Iran and protection has because of the value and distinguish every nation compared to other nations to the culture of high sex ‘ him through peoples distinctive made it.

Many nations of the world with the attack, and forays into other lands ‘ their culture to the inhabitants of those points offer or impose said,‘ but history shows that attackers that our country will take the place of vile follows, such as the Greeks, and was ‘ under the influence of Iranian culture groups.

Breaking down is one of the cultural traditions of Iran that usually occurs at celebrations, weddings or any other time of happiness. It has a variety of breaks and is a skill that takes a lot of effort from childhood to learn it. These different types of different sounds are produced in general to each sound k be produced with fingers is called a break. The simplest way to shuffle it is by using the fingers of one hand, which produces less noise than other fingers. In this case, the thumb tightly drawn from the middle finger.

Add cucumber to the fruit basket

Fruit spending is part of life and according to Iranian cultural traditions, fruit baskets have their own place on the table. Often compliments for the reception of guests before or after tea a large basket of fruit. While in most countries cucumbers do not count fruit. But in jamiwei our cucumber is a constant member especially that is found today in all seasons cucumbers. The rest of the contents of the fruit basket also depends on the season.

Sur them in an official collective like the department may surprise foreigners. But in Iranian cultural traditions, the place is to enjoy a delicious pastry, especially with tea. Usually when something good like marriage, having a baby, buy a house and for someone falls from The her want to Sur, give, etc. the greater the magnitude of time to try and probably in the end have to be sweets to buy. 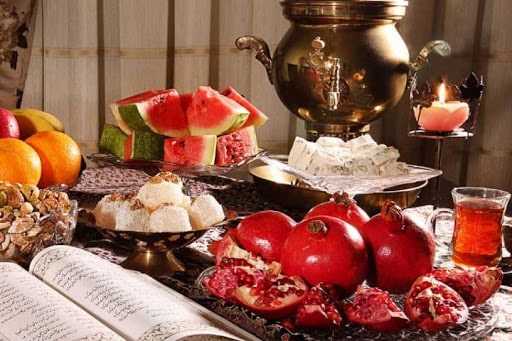 Children usually call their parents mommy and Daddy all over the world. But in Iran, there’s also something strange about this. We hear a lot of family members say, ” Mom, come here!” And this case of Iranian cultural tradition can surprise others. The point here is the issue applies to aunt, uncle, aunt and uncle.

Accepting money for the services you provide to someone is the most mesmerized drawing around the world. But in Iranian cultural traditions, the disadvantage. And ugly know that the person immediately accepts money and refrains from getting it, and this is not always possible with the sentence! Mobile. A habit that may be a little annoying for foreign tourists.

In Iran, asking private questions about income is not a bad problem. And it is very convenient to ask you how much is your salary? How much did it cost to buy this particular object or how much did it cost to go on this trip! Note that although in Iranian cultural traditions, this is not quite the case, but it is not accepted by foreigners and may cause annoyance to them. So avoid asking questions about costs and personal issues.

Celebrate events the night before

A birthday party surprise done on a birthday night (one night before). And it is very strange for Westerners. It’s not because your friends  forgot your birthday. But the old official that birthdays and anniversaries and other occasions celebrated the night before. Of course, except for this, these celebrations may be due to the holidays even a few days ago postponed.

Backing off to others, Culture in Iran

No time, in no circumstances should back to meeting someone and if they are, inevitably. We first apologize is another habit and cultural traditions in Iran. It might cause surprise tourists to be. Even the person who will be driving or on the front seat of the car is sitting back. And from the occupants of apology does and usually it is the answer that okay, be comfortable, or mud back and got nothing! The continuation of the discussion usually drawn to compliments. It is also another part of Iranian cultural habits.

With the victory of the revolution, Iran’s relationship with the surrounding world became a new form. It has sometimes been influenced by its revolutionary atmosphere and its specific requirements. Gradually, with the end of war and the sinking of the emotions. The revolutionary possibility of more to boost communication in Iran with the world, there was this process different aspects of the cultural, political, and economic. The cultural aspect of it has been more apparent due to its special characteristics. Iran has a very high capacity to influence global trends due to its long civilized and cultural history.

Iranian civilization has always been in the world.  And effects have a significant is that it would represent the capacity of the very top of the Iranian culture to maintain itself. And even its influence on the culture of other nations. This is true, nowadays, seems to have the attention of the special companions of the powers and authorities of cultural, as custodians of the Main Cultural Affairs placed the issue of supplying the aspects of national culture.