Alisadr Cave Hamedan a natural attraction of Iran tourism is one of the rarest samples of water caves in the world. It locates 75 kilometers to the northwest of Hamedan in a village by the same name. Geologists believe that the rocks of this mountain pertain to the second geological period i.e. Jurassic (190-130 million years ago).

If you want to experience an exciting and different journey, we suggest watching one of the natural and wonder attractions of Hamedan province and visit the mysterious cave called alisadr. The cave is located in the city of kaboodrahang and in a village of the same name. Alisadr cave was registered as the twenty-third National Natural work of Iran in 2008. 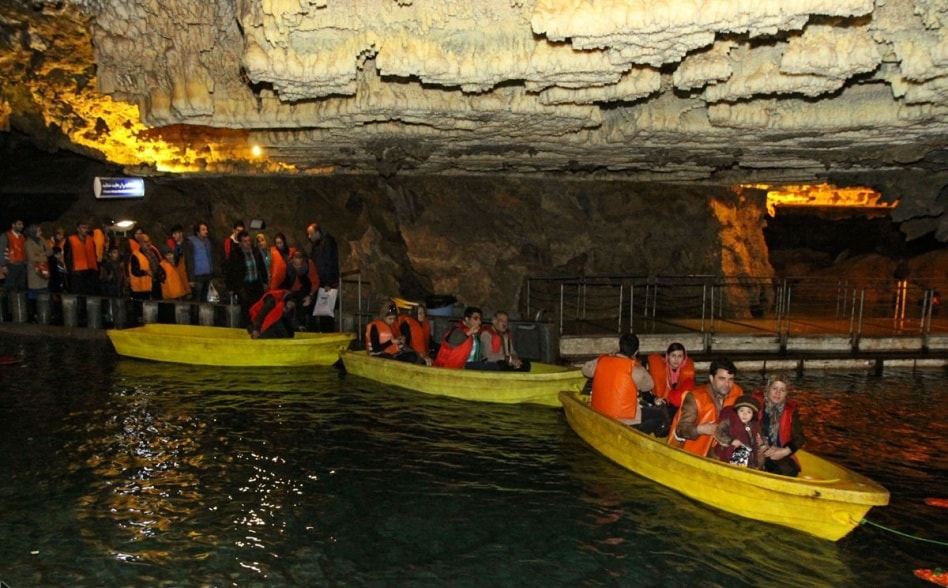 When you visit alisadr’s several million-year-old cave, you have actually embarked on an exciting journey into the depths of an unknown and mysterious world. The world in which you go, the more you will be surprised. In this journey, you first pass the corridors and then continue the route with pedal boats in beautiful corridors and numerous atriums and eye-catching. From the collection of water fields within the alisadr cave, there are lakes that can be traveled only by boat. Your visit is halfway and all routes to 1250 and 4,000 meters.

Above all, you see icicles (stalactites and stalagmites), rocks and statues in strange or animal-like forms. Eagle claws, statue of Liberty, double-headed lion, pigeon, upside down boat, grape cluster, golcolm and stone like Mubarak Allah are among these forms. These natural stone sculptures have been created over millions of years due to the erosion of limestone and are manifested as a work of art. Alisadr cave also has several halls, which are also considered as features. Azadi hall with a length of 100 meters, a width of 60 meters and a height of 40 meters is the most famous of these halls.

The wonders of Alisadr cave

Alisadr cave is one of the natural attractions of Iran. Also, Only few caves in the world can compete with Alisadr cave. Its colorless water is odorless and has natural taste. There are no living creatures in the cave’s water and its temperature is 12 degrees centigrade. The water is so transparent that one can see to the depth of 10 meters with naked ordinary light. The water is not drinkable since contains different calcareous salt. 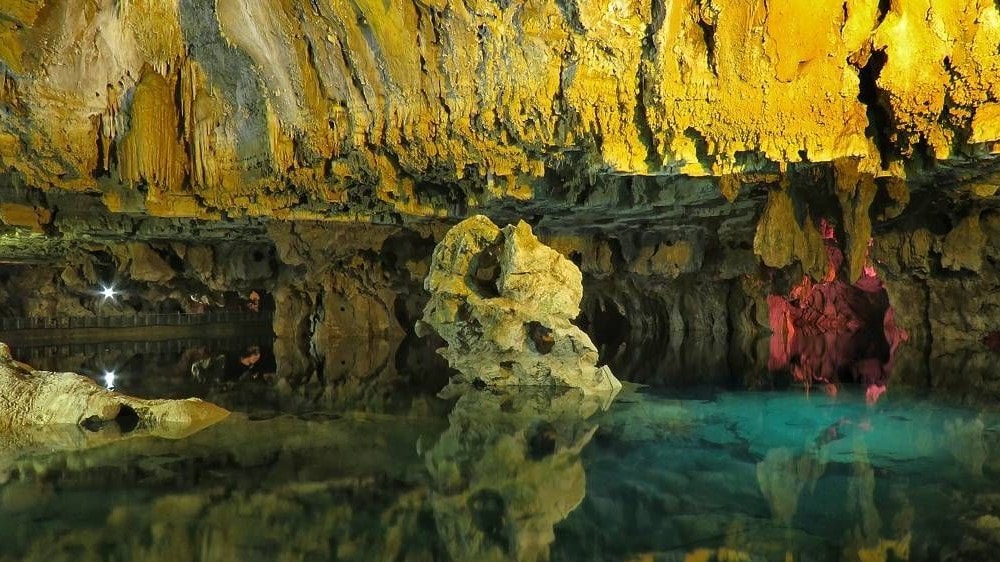 The best season for a trip to Alisadr cave

Naturally, spring and summer seasons are the time to travel and enjoy the beauty of nature. Hamedan province has cool weather in these seasons. And Alisadr cave can be the perfect destination for Nowruz and summer holidays. Of course, Alisadr cave is not empty in winter, because the temperature of the cave is almost the same in different seasons of the year, so you will not notice the cold in the cave during cold weather.

Abova all, Iran Destination is an Iran Tour Operator feeling responsible  to provide Iran visitors with the best services. You can look at our Iran Tours and choose one to go to Iran. If you have any questions, please feel free to ask our travel agency in Iran team.