The Alavian Dome is one of the masterpieces of architecture. Also, its plasterwork after Islam in Hamedan and has registered in the national monuments list in issue 94 on 05/01/1931.

In addition, this building is unique among the remaining examples of Islamic architecture. Besides, it is one of the unique examples of Iranian architecture located in the beautiful city of Hamedan. Moreover, Alavian Dome, a heritage of the beliefs of the people of this country, has always been of interest to scholars.

Moreover, Hamedan city as one of the oldest lands of Iran with a certain and defined urban structure. In addition, showing the ancient history, has many monuments and places of sight in all historical periods in its heart, one of which is the Alavian Dome which mentioned.

Furthermore, the building of the Alavian Dome, which located in the area of a small elementary school in the old texture of the city .Besides, it had no opportunity to identify its unique architecture. So, it is now in a more suitable condition after releasing the surrounding texture and equipping its area. Also, due to its special architecture and very complex gypsum decorations, it is worthy of introduction. Therefore, be with Iran destination to go to learn more about the monument. 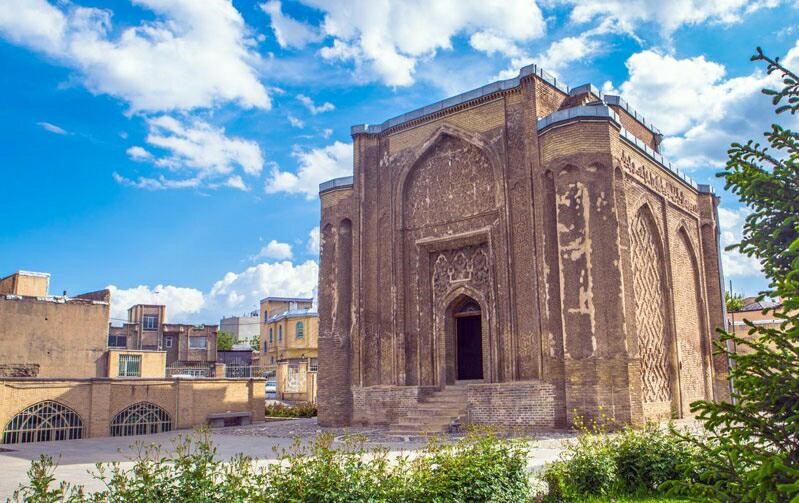 The Alavian Dome located in four Alavian gardens near Imamzadeh Abdollah Square in Hamadan. Also, the dome located from the north on the street connecting Ayn al-Quddat Square to Imamzadeh Abdullah Square. Besides, it surrounded by Babataher Street and Ekbatan Street to the east.

According to the technical identity card of the building, Alavian dome is one of the relics of the late Seljuk period in the 6th/10th century. Also, it first constructed by the Alavian as a mosque. Besides, in later periods, it has become the tomb of that family. In addition, Khaghani ironically referred to it as a green dome. So, the folklore of the people of Hamedan province also implies that it says

Moreover, the reason for the naming is that it has domes in the distant past. Also, its dome has collapsed. Besides, on the other hand, people’s strong interest in Sadat and the lovers of Imam Ali. So, the burial of two Alavian in this building have led them to call it that. 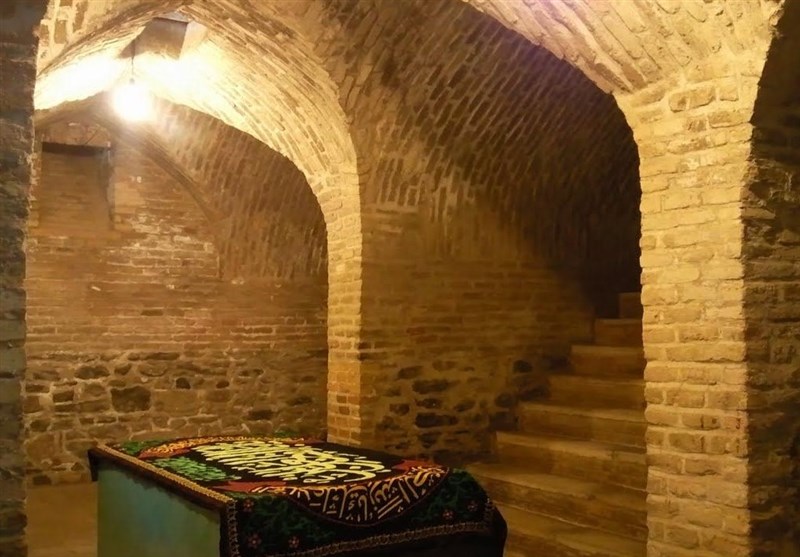 The Alavian dome has evolved due to archaeologists’ research, a Mongolian monument, or Seljuk. Also, this dome has always been of special interest to researchers for several reasons. So, including its unique physical characteristics, elegance and exceptional decorations.

Moreover, the map of the building has four sides. Besides, its corners have star-shaped edges. Also, the walls of this tomb remained until the beginning of the dome. Furthermore, the dome itself collapsed and destroyed. So, in 1938, the General Directorate of Archaeology repaired the building and arranged a coating of wood and gables for it.

In addition, built with bricks, the tomb is above ground and, like other similar quadrilateral tombs, located on a platform. Also, the platform is actually the underside of the tomb. Besides, there are 9 stone stairs in front of the entrance to the tomb. Furthermore, today, the Cultural Heritage Organization fences and preserves the building. Finally, over the years, the building has refurbished several times.

The Alavian Dome is one of the most valuable. Also, it unique works of the middle centuries of the Islamic period (6th and 7th centuries A.H.) in terms of gypsum and brickwork art. Besides, its appearance resembles the Red Dome of Maragheh. Moreover, it built in 542 AH and its internal dimensions (8 meters by 8 meters) and rich and dense decorations.

Furthermore, yet mysterious and eye-catching within the building is somewhat similar to the building of the Dome of Heydariyeh in Qazvin. So, it is one of the buildings of the early 6th/10th century. Therefore, the dome of Hamedan’s Alavian should consider as one of the architectural monuments of this era. 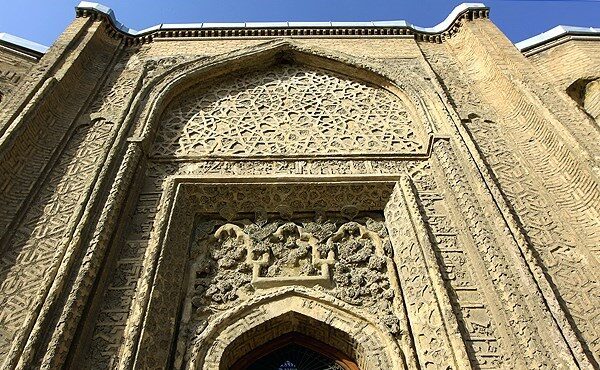 According to the four-way cubic form in dimensions of 8.12 in 12.5 meters and height of 11.5 meters. Also, 4 column-like jars with a height of 5.9 meters with a diameter of about 2 meters and similar to towers in 4 corners, have considered. Besides, each of the towers has 5 triangular sink arches with a height of 8 meters and a width of 1 meter and a depth of 5.5.Furthermore, it is a meter that, in terms of cross-section, has made the Jerseys half of an eight-star feather.

Moreover, over the entrance and inside the rectangular cadre, the prominent honeycomb plasterboards. Also, including interstice flowers and bushes, show off beautifully. Besides, on the external margin of the cadre, there is also a stucco inscription containing verses from the Holy Qur’an in Kufic. Moreover, the forehead of the arch exquisitely embellished with triangular and stellar stucco.

Furthermore, there are remnants of a prominent brick inscription in Kufic line, including the verses of the first Sura al-Dhr. Also, the entrance nave level of the building located at an altitude of 1.2 meters compared to the surrounding lands. Besides, its external walls, and currently 7 stairs make it possible to communicate outside and inside the building.

In addition, in each building, two high-ceilinged arches and two arches on the western sides of the east covered with dense and beautiful gypsum designs. Also, the mihrab of the dome, which located on the southern side with exquisite decorations of gypsum, has added to the richness of this work. Besides, the few high-rise skylights adjacent to the roof provide a suitable lighting to the interior of the building.

Moreover, Low-width staircases from within the northeast tower provide access to the roof as well as an unconventional staircase within the altar. Also, making it possible to access the underlying rinse. Besides, the small while yardab is the burial of two elders of the Alavian family. So, its interior composed of 6 chambers with sternum arches and graves located in the form of rectangular cube volumes covered with glazed turquoise bricks at the center of it.